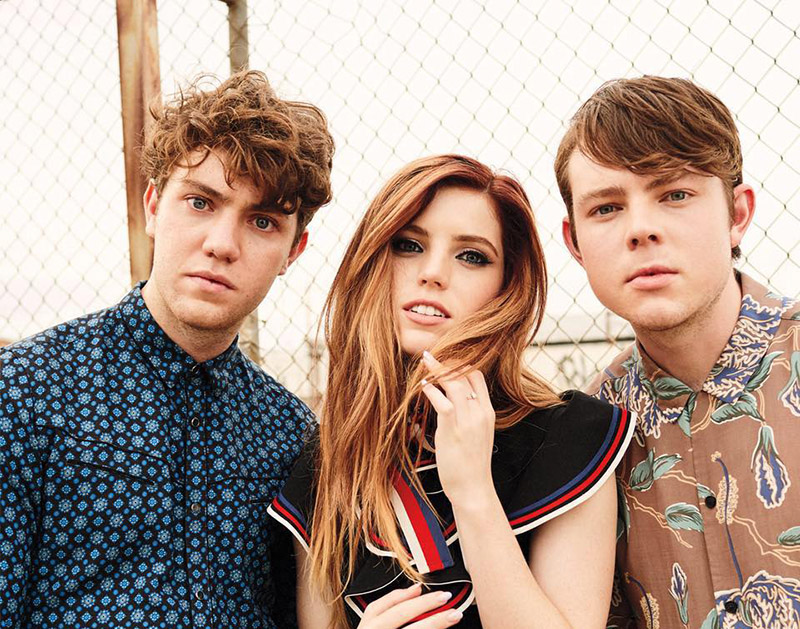 Be One Of The Cool Kids With Echosmith At Granada Theater, Raise Your Glass With P!nk At American Airlines Center And Kick Off The 2018 Dallas International Film Festival.

As we prepare to start another week, some of you out there might be considering a career switch.

No, we’re not talking about that illegal kind of stuff. We’re talking about — wait for it — snakes! That’s what 21-year-old Cameron DeFrances thought would be a good product to sell. He was found out by the U.S. Fish and Wild Life Service after the agency found posts of his on social media in which he was selling venomous snakes.

DeFrances was reported, arrested and charged with multiple counts of illegal possession of wild animals and reckless endangerment. After posting $1,000 bail, he was freed but has a court date in May.

So if you’re not sure what switch you want to make, maybe take this week to think about it some more. And if your brainstorming sessions get a bit too intense and you find yourself needing to blow off some steam, then consider heading out to one of the events listed below.

Run River North at Club Dada
With The Brummies.

Hooters Swimsuit Contest at House of Blues
Maybe have dinner at the Hooters next door?

Mansionair at Trees
With The Advanced Placement Tour.

Marian Hill at House of Blues
With Michl.

Pianos Become Teeth at Club Dada
With The World Is A Beautiful Place And I Am Longer Afraid To Die.

The Sherlocks at Three Links
With Polarity, Mcallister.

The Darkness at South Side Music Hall
I believe in a thing called love!!!

The Distillers at Curtain Club
With The Flytraps.

Thicker Than Thieves at Deep Ellum Art Company
With Idoljob.

Juanes at Pavilion at Toyota Music Factory
With Mon Laferte.

Grupo Fantasma at Trees
All ages.

Blot Out Reunion at Three Links
With The 13th Victim, The Rest of the Homies.

The Residents at Kessler Theater
An evening with…

Built to Spill at House of Blues
With The Afghan Whigs.

Swimming With Bears at Three Links
With Cuckoos, Secrecies.

Mike Jones at Curtain Club
Who?

Autograf at Trees
With Ramzoid, Cofresi.

Las Arpias at Majestic Theatre
Featuring some of the biggest names in Mexican entertainment.

Echosmith at Granada Theater
The Inside A Dream Tour.

May the 4th Fest at House of Blues
Celebrating all things Star Wars.

Eleven Hundred Springs at Double Wide
The photo wagon will be there!

Black Stone Cherry at Trees
With Stareview, Waves of Chaos.

So Far Gone: Drake Night at House of Blues
With Dirty South Joe.

Bulls, All Clean at Main at South Side
With Party Static.

Three Amigos Movie Party at Alamo Drafthouse Cedars
Get your laughs in.

Rock ‘N’ Roll Suicides at Three Links
With It Hurts To Be Dead.

Mini Food Truck Fest at East Side Social Club
Have some fun in Denton.

Dog Tag Social at The Church
Enjoy some drink specials.