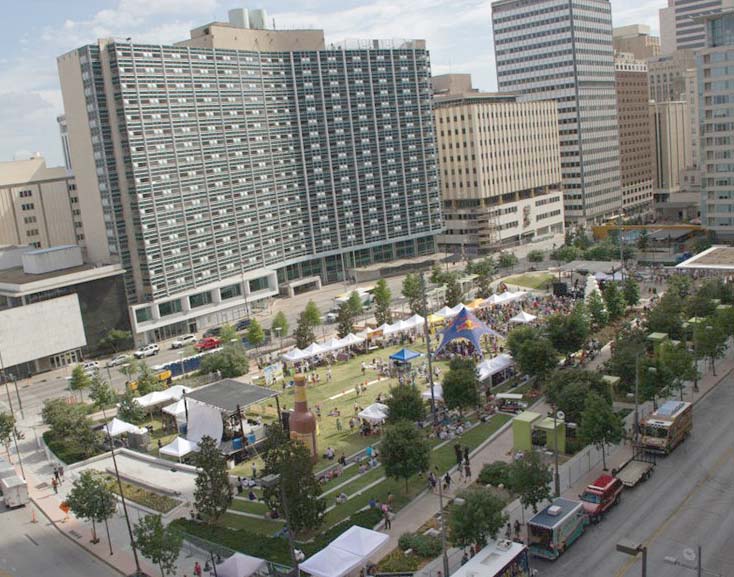 Enter To Win Our 2018 Homegrown Music & Arts Festival Baller Pack And Not Only Will You Get VIP Treatment At The Fest, But You’ll Get To Crash At The Re-Opened Statler Hotel After.

Real quick, let me drop this unvarnished truth bomb on anyone who clicks on this post: Y’all really need to buy some tickets to the ninth annual Homegrown Music & Arts Festival, which is this year set to take place at Main Street Garden Park in Downtown Dallas on Saturday, May 12.

Why? Well, because, year in and year out, the festival makes for one of our favorite days of the year in North Texas, that’s why. And also because this year’s lineup of Explosions In the Sky, The Black Angels, Alvvays, Roky Erickson, Ume, [Daryl], Vodi, Medicine Man Revival, Duell, Acid Carousel and Sad Cops is objectively great.

And because, sure, as we learned this week, the organizers really need you to scoop up some tickets if they are to not cancel this thing due to low advance ticket sales, thus jeopardizing the future of this truly awesome annual Dallas tradition. Update: After a scare, the festival is back up to 100 percent on thanks to the support of the community, organizers now say.

Either way: If you give a damn about the vibrancy of Downtown Dallas, about the Dallas music scene and/or about the spirit of small business ownership, you should’ve stopped reading this post and made your damn purchase already.

Then, once you’ve done that, you should totally enter for the chance to win our special Homegrown Fest edition of our Central Track Baller Pack giveaway.

It’s a pretty sweet deal. Here’s what’s up for grabs in it:

But what if you win and you already bought those general admission tickets? Ah, see, that’s no problem at all: Just give those tickets to some friends, and open their eyes to the greatness that is Homegrown. That’s what we call a win-win, folks.

How can you go about winning, though? Well, get this: Entering our contest is free. It’s also super easy. All you have to do is fill out the form below and by 10 p.m. on Thursday, May 10, which is our deadline for entering the contest and the point at which we’ll pick the Homegrown Fest 2018 Baller Pack winner from the entrants pool at random. Want to increase your odds? Do the additional tasks mentioned in the form below. Simple, right? Good luck!


*Anyone associated with any of the businesses offering these prizes is not eligible to win. Must be at least 21 years old to win. Winner must be able to accept the prize within 24 hours of being notified of winning or another entrant will be selected. Prize is non-transferable and may only be claimed and used by the winner selected.