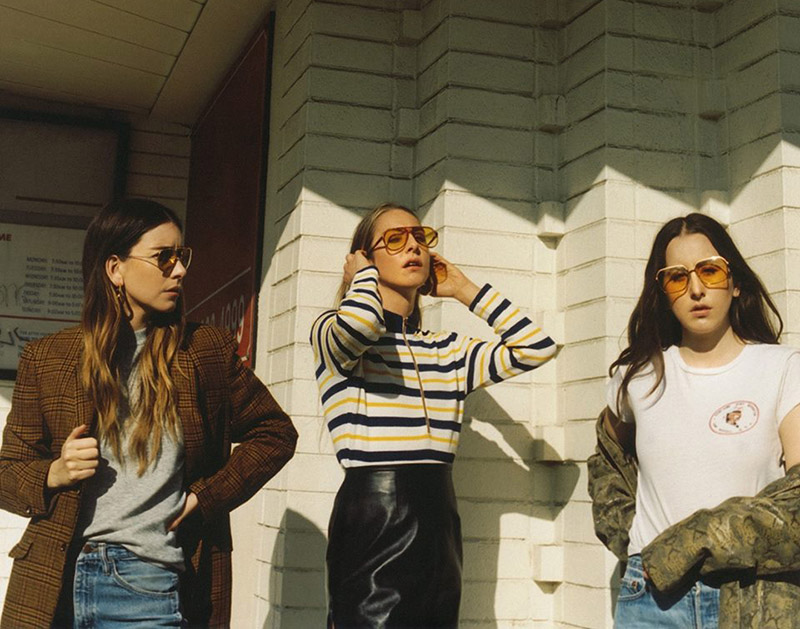 Live After Midnight With Judas Priest At The Bomb Factory, Jam Your Way Through Fortress Fest In Fort Worth And Walk The Wire With HAIM At South Side Ballroom.

If you’re having trouble deciding where to get coffee, might we suggest the place where you can get waffles?

Otto’s Coffee and Fine Foods at the Adolphus recently opened its doors. And while it’s opening only adds to an abundance of options downtowners have to to get coffee, this place is introducing a truly innovative concept: a walk-up waffle window.

The freshly pressed Liège-style waffles that Otto’s serves up are topped with a sugar that undergoes a caramelization during the baking process and the result is just scrumptious. Tack onto that all the other offerings at this joint and you’ve yourself a truly peculiar experience.

So maybe consider heading downtown this week for a waffle and some coffee before heading out to one of the many events listed below. Have a good week out there, Dallas.

Jake Miller at Cambridge Room
The Hit and Run Tour.

World Book Day at The Wild Detectives
Celebrate with a book!

Hollywood Undead at House of Blues
Doors at 7 p.m.

The Lone Bellow at Granada Theater
With Devon Gifillian.

Queens of The Stone Age at The Pavilion at Toyota Music Factory
The Villains World Tour 2018.

Eric B. and Rakim at The Bomb Factory
With Yoyo, Spinderella, Rakim Al-Jabbaar.

Rob Lowe at Winspear Opera House
Stories I Only Tell My Friends: Live!

HAIM at South Side Ballroom
With Lizzo.

Joey Bada$$ at House of Blues
Straight out of Brooklyn.

Jack Johnson at The Pavilion at Toyota Music Factory
With Fruition.

Baths at Club Dada
With No Joy, Sasami Ashworth.

Jack White at The Bomb Factory
Sold out.

Coco at The Shops at Park Lane
Catch the best movie of 2017.

Naughty By Nature 25th Anniversary at Lava Cantina The Colony
Are you down with O.P.P.?

Over The Rhine at Kessler Theater
With Leigh Nash.

Bob Schneider at Granada Theater
Straight out of Austin.

The Garden at Club Dada
With Tijuana Panthers.

The Moondoggies at Double Wide
With Matthew McNeal.

Steve Earle & The Dukes at Majestic Theatre
The 30th Anniversary of Copperhead.

Jack White at The Bomb Factory
Sold out.