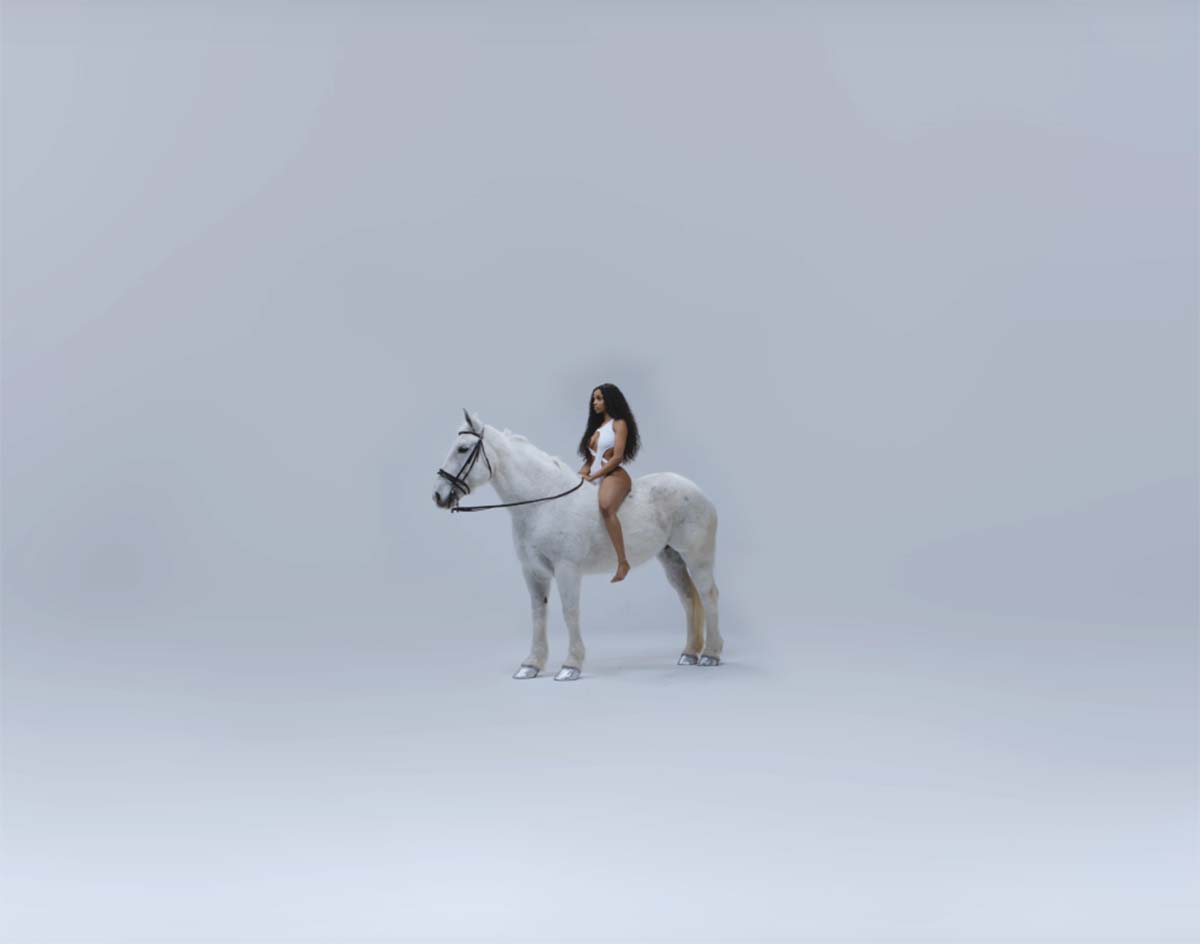 Leon Bridges – “Beyond”
RIYL: Knowing she just might be your everything.
What else you should know: It only dropped today, but “Beyond” already feels like an all-time great love song. It may not be as theatrical, as dramatic or as passionately delivered as, say, Lenny Williams’ “Cause I Love You”, no. But in a true-to-himself fashion, Bridges comes across here as vulnerable and anxious while approaching the conclusion that he’s finally found the love of his life. Also, the melodic nods to Prince’s “Purple Rain” in the bridges of this song are pretty damn great, too. In all, once you pile this one atop the earlier-released singles from his sophomore album, we’re approaching astronomical levels of anticipation for May 4’s Good Thing.

ArraDon – Lil Bro Nem, Vol. 1
RIYL: Reaching your potential.
What else you should know: Over the last year, ArraDon has steadily released a number of remarkable tracks from this project, and now that the entire thing is here, the artist formerly known as Tunk is delivering even more standout tracks — like, for instance, new cut “Jump Bail.” The storytelling on the gritty track in particular read as both visceral and cerebral. Better yet, it’s delivered with an undeniable air of authenticity. The album is streaming for free, but visit the artist’s Soundcloud’s profile where he’s accepting donations for the project. He’s earned your support, too: After years of putting in work, the golden-voiced ArraDon’s effort are really paying off here.

Northern National – “C.H.A.R.L.I.”
RIYL: Suddenly feeling alive.
What else you should know: Northern National’s “C.H.A.R.L.I.” is the latest single from the band’s new EP, and it’s dedicated to all those people who make you a better man, woman, spouse, sibling, parent or friend. Or, as keyboardist Michael Kanne tells it: “We each have someone that makes us want to change, that changes the rebel we are into a better version of ourselves. They inspire us, they love us, they fight for us. This is their dedication. This is our anthem.” In addition to being an acronym for Changing How A Rebel Lies Inside, “C.H.A.R.L.I.” is also the name of vocalist Michael Rossi’s daughter, who is the less nebulous inspiration for the power-rock track, which feels both radio-ready and tailor-fitted for arenas.

Lil Lotus – “STARZ </3”
RIYL: Falling like stars from the ceiling.
What else you should know: There are all kinds of emo rap tunes coming out of the city these days, but no one pulls this sound off better than Lil Lotus. His writing is sappy, affecting, smooth and earnest all at once. It feels like Lotus would’ve been successful in any phase of music — from traditional early ’90s emo on through the mall-punk of the 200s and into today. If this sound continues to crest nationally as it appears to be, Lotus looks primed to break out in a big way.

Diego Money – “Goyard=4k (Feat. Famous Dex)”
RIYL: Counting up checks but not knowing Samuel.
What else you should know: It’s nice to hear the duo once known as the Wave Bros back together! Thanks to an airy and incessant but pleasant beat produced by UglyFriend, it feels on this song as if the two friends have accidentally bumped into one other on a path in in the middle of a Final Fantasy quest or something, and now they’re catching each other up on all the expensive and lavish purchases they’ve made since last touching based. More importantly, though, is that this track is a preview of Diego Money’s much-anticipated Diego World mixtape that the artist has been teasing of late.

K. Vation – 4th Quarter EP
RIYL: Chasing dreams by any means.
What else you should know: The 4th Quarter EP is made up of nine freestyles and technically, it’s the first collection that K. Vation, who has been on his grind for at least a few years at this point, has ever formally released. Though by no means a traditional first offering, it shows well how K. Vation can seamlessly adapt to any style of beat. He sounds as comfortable on an energetic, bouncy beat like on “Once Upon A Time” as he does on a Chopped-and-Screwed-inspired beat like the one used for “6 Freestyle.” Now that his abilities are clear, it’ll be interesting to see where he takes his sound from here.

Herrick & Hooley – “Mozzarella”
RIYL: That stinky cheese.
What else you should know: Herrick & Hooley vocalist Ian Olney tweeted this week that he only raps when it’s important. And, apparently, he felt that now is the time, given his frustration with the music industry at the moment. Speaking of timeliness, Olney says he recorded this song in one take. Impressive! As Olney airs his frustrations, it’s plain to hear how passionate he and the band are about their career. And, with that level of passion and willingness to step outside the box, it’ll be exciting to hear what’s next for Herrick & Hooley.

Ekali & Medasin – “Forever ft. Elohim”
RIYL: Going back to the start before all the scars.
What else you should know: As Medasin continues his ascension into music stardom, there are some signature qualities emerging within the EDM sensation’s current repertoire. His synths are warm in tone, they’re most often delivered in a staccato fashion, and they tend to progress into something bigger without the expected “drop” that most producers overuse. But what is really becoming a signature of the artist is his penchant for heartfelt tunes. Those efforts really add to the success of this collaborative effort with Canada’s Ekali and mysterious vocalist Elohim.

TXS – “Do Good”
RIYL: Casual torture tactics.
What else you should know: TXS’ vocals are so sultry and captivating on “Do Good” that it might even take you a while to realize that she’s torturing her man all throughout the Black Mirror-inspired video that accompanies the song and premiered through Vibe earlier this week. Those talents caught the ear of Rico Love, a star R&B singer and producer in his own right, who now manages the Dallas talent and signed her to his Interscope subsidiary, Division 1. If you’re in the mood for more of what TXS is offering, her new album Everything Is Bigger is available on all streaming platforms. Also, that album title should answer any questions you might have about how to pronounce the artist’s name.