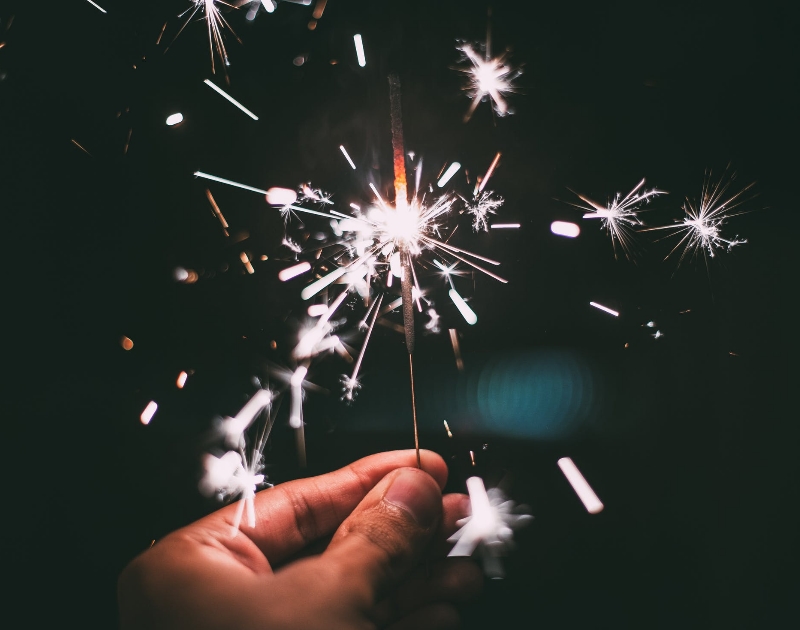 It’s the time of year when we all resolve to eat better, work out more, stop smoking and other sweeping life improvements, but only manage to stick to them for a few days. A new one to attempt in vain for 2019 is to make it to the end of January without spending any money.

It can be done.

But it’s not the easiest. Especially once you see all the temptations we’ve laid out below.

Black & White Party at The Statler Ballroom
A recreation of Truman Capote’s 1966 “Party of the Century” — and you don’t even have to go home after.

New Year’s Eve Dance Party at Belmont Hotel
Not too long ago The Belmont folks acquired the fancy restaurant space formerly known as Smoke. Not sure what the long term plans for the spot are, but for now they’ll be using it for a big NYE dance party with Sudie and Sober manning the decks. — CG

The Revolution at House of Blues
It is Prince’s old backing band – without the Purple One, of course.

Randy Rogers at Billy Bob’s
If you’re in Texas, stop in and say that shit to his face.

Singapore Slingers at Kessler Theater
Ring in a new year the way they rang in an old, old year – by dancing a foxtrot to a turn-of-the-century swing band.

Gary Owen, Luenell at The Theatre at Grand Prairie
Find out more here.

New Year’s Eve in the Bishop Arts District
Ring in 2019 on a full stomach, or with a healthy liquor mop, as several Bishop Arts restaurants are offering special deals and pre fixe dinners.

Ring in the New Year at Zaza
A lavish party to celebrate a year of decadence and prosperity.

The Rooftop Countdown + The FAM Afters at TnT Tacos and Tequila
Find out more here.

The Lady Vanishes at The Magnolia
Alfred Hitchcock counters his mastery of suspense with a side of wit and hilarity to match in this 1938 comedic thriller classic.

Ron White at WinStar World Casino and Resort
You can’t fix stupid, but you can start off 2019 with your buddy Tater Salad.

Chili Cook-Off at Strokers Dallas
Bring a crock pot of your pre-cooked chili and enter this 10th annual throwdown. Free to compete, but $5 to sample.

Friday’s Foolery & CoLab at Three Links (Free)
The hardest-working weekly follows up last week’s Christmas Day edition with a New Year’s Day one. Because the pair’s long-running #3Links2sdays residency ain’t stopping just because of some silly holiday. The tightest players in town are starting 2019 off right down at HQ.

Dallas Zoo Lights
After Tuesday, they’ll power the lights down for another year.

Gravity’s Rainbow Reading Challenge at The Wild Detectives
This one’s more of a head’s up, tbh. Pynchon’s 1973 novel is known as a long a difficult one. But if you start now, and read 10 pages per day, you’ll be done with it in time to participate in the congratulatory wrap party on Saturday, March 23.

A Bronx Tale — Industry Night at Winspear Opera House
The ’60s-set Broadway show was tailor-made for fans of Jersey Boys. It runs in Dallas through January 6, and this penultimate performance is designed especially for the industry crowd.

The Phantom of the Opera at the Music Hall at Fair Park
Dallas Summer Musicals staged the 2010 sequel to this Andrew Lloyd Weber classic earlier this year. Now they’re going back and tackling its long-running Broadway predecessor.

Wednesday Night Swing Dancing at Sons of Hermann Hall
Have a friend with an in on the heavy clambakes? If you do, you won’t want to show up if your drapes are civilian — or if your dance steps aren’t up to par, either. We can’t help you with the rags, unfortunately. But Sons of Hermann Hall’s Wednesday night swing dancing nights will certainly help you keep up with all the hip cats and kittens on the dance floor. Lessons start at 8 p.m. with practice to follow. First-timers are welcome and there’s no need to bring a partner. — CG

Ice Breaker 3v3 at StarCenter (Farmers Branch)
Lace up your skates and help the Stars break in the ice at their (sometimes) practice facility with some games of three-on-three with your buds.

Salon Series: Napoleon’s Just Desserts at The French Room
It’s the fourth edition of The Adolphus’ Salon Series, an evening of conversation modled after the same 17th and 18th century French salons this bar takes its name from. For this one, “Scottish writer and curator, Gavin Morrison, will draw connections between the famous emperor, food, myths and paintings using a 19th century portrait of Napoleon hanging in the Adolphus lobby as a foundational starting point.”

Story Hour with Peace Corps at The Wild Detectives
Hear from some currently-serving Peace Corps volunteers from around the world, speaking on the theme “transformation through service.”

Xenon, Yells at Eels, Mississippi Bastard Project, Hirsute at Deep Ellum Art Co.
Get weird and wonderful with some jazz fusion of the abstract variety.

Dusty Slay at Addison Improv
The trailer park-raised, Nashville-based stand-up performed for both Jimmies this year – Fallon and Kimmel on their respective late night talk shows. He’ll be here all weekend, folks.

Brian De Palma’s Sisters (New Restoration) at Texas Theatre
Margot Kidder is a far cry from her Lois Lane character in this murderous 1973 psychological horror, which has been newly restored, but will only be screened twice at this theater.