Which Dallas New Year’s Eve Party Should You Go To? 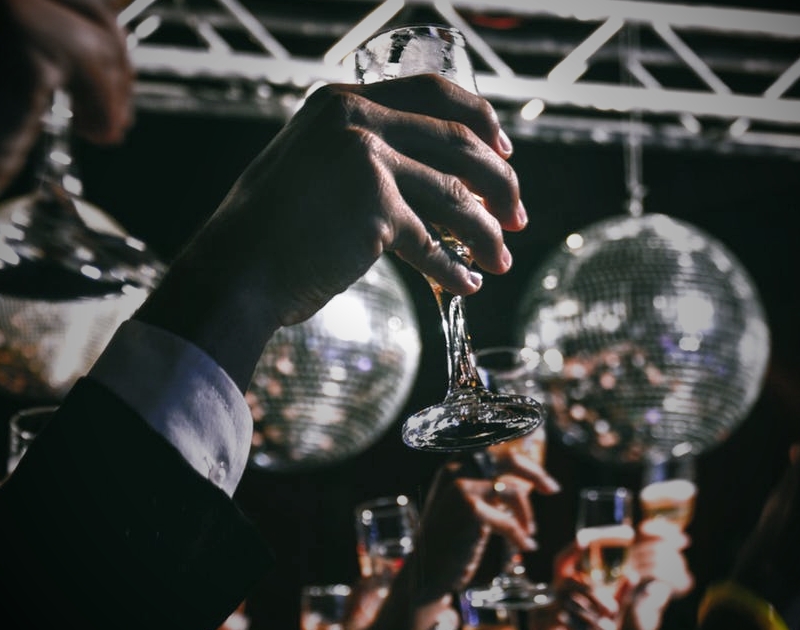 Overwhelmed By The Sheer Number Of New Year’s Eve Parties Going Down In Dallas? Let Us Pick Your NYE Destination Based On Your Personality Type.

Before you dive into the below, condensed list of New Year’s Eve party options, ask yourself how important it may or may not be for you to see “the only 360-degree, panoramic fireworks spectacular in the Central time zone,” which will fire off at 11:59 p.m., lighting up the Dallas skyline for the third straight year.

Do you want to be on a patio? A rooftop? Some other locale with a clear sight-line to the big Reunion Tower ball? Or does that not matter to you so long as there’ll be champagne and dancing wherever you end up?

That all sorted, let’s continue narrowing your options — grouped by personality type — below.

For The Overly Decadent.

Gatsby’s Penthouse New Year’s at The Stonleigh. The most prominent of the many F. Scott Fitzgerald-themed parties going on around town on NYE, this one celebrates the decadence of the author’s magnum opus with guests dressed as flappers, two floors of parties, five hours of pre-paid drinks and an outdoor balcony overlooking the city.

For The Secret Socialites.

The Royal Masquerade Ball at West End Event Center. This one boasts an open bar, a casino, hors d’oeuvres and the freedom to take on a new persona when you’re all masked up and anonymous-like.

For The Late-Night Crowds.

FAM NYE 2019: The Rooftop Countdown at TnT Tacos and Tequila. The primary portion of this black-tie party features a throwdown on a heated and covered rooftop patio with tunes provided by DJ Declan James, who says this will be his only Dallas appearance of 2019. Oh, and there will be free taco bar on site, too. But the real party? That happens in the wee hours of the morning when a free shuttle takes you to a secret, second location where you can keep it going until 6 a.m.

For The Sports Fans.

Dallas Stars vs Montreal Canadiens at American Airlines Center. As they do every year, the Stars play some nighttime hockey this New Year’s Eve, hopefully starting the 2019 half of the season off on the right skate with a win over the boys from Canada.

For The Classy MFers.

Myerson ’til Midnight. An evening of Strauss waltzes and the DSO’s first-ever post-NYE concert after-party in the lobby — complete with a live Motown band, which should provide a nice change of pace.

For The Office Cut-Ups.

For The Dancing Fools.

Neon Indian DJ Set at It’ll Do Club. It’ll Do doesn’t do bottle service. There’s no VIP section. Everyone is here for one reason, and that’s to dance on the best dance floor in town. It even lights up! Elsewhere in the vicinity, Paul Oakenfold will be doing his thing over at Lizard Lounge.

For The Nostalgic Millennial Set.

Can’t Hardly Wait For 2019 at Alamo Drafthouse (Cedars). Why do throwback NYE parties always have to be Roaring Twenties themed? Harken back to the days of Jennifer Love-Hewitt, Seth Green & Co. at this ’90s-themed get-down. Not another teen party, this one will boast retro arcade games, the soundtrack of the grunge generation and ‘90s movies on the big screen. So fetch!

Ishi at Trees. If this ever-changing world in which we live in makes you give in and cry, just know that some things never change. Take comfort in the fact that some events that happen year after year. For instance? Live Dallas electronic band Ishi has been ringing in the New Year at Trees since at least 2010. Similarly, the Glitz ‘N’ Glow party is going on five years running now at RBC, and Jonathan Tyler has been doing his thing at the Granada for 11 years in a row. Hey, just because the year changes doesn’t mean you have to.