The Spread: An Acclaimed Barbecue Joint Goes Up In Smoke. 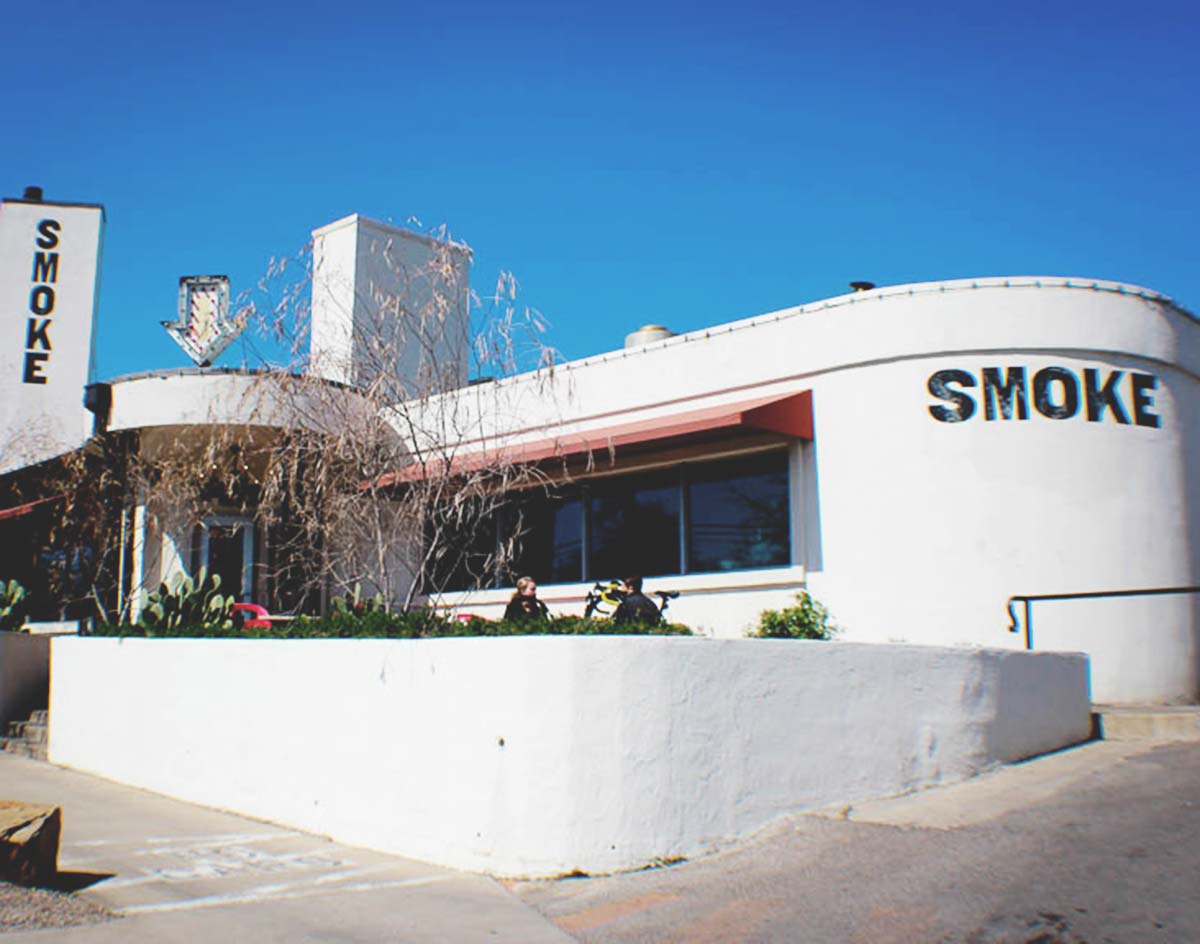 White-Cloth BBQ Restaurant Smoke Shutters Its Doors, Avila’s Opens Up A Second Home In East Dallas And Taco Bueno Thinks Its Slump Might Be Over.

The Dallas barbecue scene lost a major player last week as Smoke announced that it was shuttering its doors this past week. Yes, the West Dallas restaurant is calling it quits after a decade of service, following the acquisition of the space by the Belmont Hotel‘s owners.

But the closure does have a silver lining for Tim Byres supporters, as the chef is joining up with his mentor Stephan Pyles to revamp the Flora Street Café. Changes in store for the Arts District eatery include a more casual menu and decor, all of which is aimed at creating a more approachable, yet elevated dining experience. The restaurant also hopes to capitalize on the city’s brunch obsession with brunch services to come in the near future. Expect plenty else to look forward to from the Byres-Pyles collaboration, too, as Pyles plans to revamp his catering business to include Byres, who’ll also be consulting on the reopening of Stampede 66 and other projects.

Meanwhile, another North Texas restaurant fixture, Jason Boso, is similarly up to some new tricks. Out in Mansfield, the mastermind behind Twisted Root and Truck Yard is working on a new venture in an old gas station. Called By The Horns Brewery, the space will be a restaurant-meets-brewpub serving tacos alongside house-brewed beers. In addition to the brewery, the concept features a full bar and a pet-friendly patio. The taco offerings come courtesy of Tacos & Avocados, and they’ll serve beer grain tortillas to represent both concepts. The brewpub is expected to open at 109 North Main Street in early 2019.

On the Tex-Mex wire, Maple Avenue stalwart Avila’s has announced plans to expand out to East Dallas. Avila’s East will be setting up shop in the Casa Linda Plaza, with triple the seating capacity of the original location, and even some additional outdoor patio space to boot. Outside of the updated digs, which will be more conducive for larger parties, the new outpost will have more modern aspects, including signature craft cocktails and an increased social media presence. Look out for an opening in 2019.

In other handheld food news, pizza is on the rise once again. Richardson is welcoming Pizza Americana at 800 West Arapaho Road next month. The concept will specialize in a Neopolitan-American hybrid pizza made with using a brick-lined oven as opposed to wood-fired. The menu will also feature a line up of pastas, salads and a rotating charcuterie board, not to mention a soft-serve ice cream made locally from Botolino Gelato.

Meanwhile, in Downtown Dallas, the international Australian pizza chain 400 Gradi is opening its first U.S. location at 2000 Ross Avenue. It will also focus on Neopolitan-style pizzas (these ones are wood-fired), as well as other traditional Italian dishes. An opening is slated for early 2019.

On the sweeter side, Cinnaholic is opening a Fort Worth outpost next month. The 817 Currie Street outpost will be the third Texas location of the vegan bakery, with more in the works. The shop opens January 11, with $1 cinnamon rolls from 9 a.m. to 1 p.m. opening day. Hours will run Sunday through Thursday from 7 a.m. to 9 p.m., and 9 a.m. to 10 p.m. Friday and Saturday.

Speaking of chains: Widespread Taco Bueno closures have hit the Metroplex of late. The Farmers Branch-based fast-casual taco chain has closed 25 of its stores since the fall of 2018 on top of filing for chapter 11 bankruptcy protection in November, per GuideLive reports. The brand has no further plans to close any more stores, and aims to focus on company and franchisee growth in the near future.

On the flip side, two more North Texas Shake Shack locations are debuting this weekend. On Sunday, December 23, restaurants at 125 Central Avenue in Southlake and at 7170 N. State Highway 161 in Las Colinas will open simultaneously at 11 a.m. In celebration of Christmas, 25 percent of the proceeds from opening day sales will go to local children’s charities, and free Shake Shack Christmas ornaments will be handed out to the first 100 people in the doors.

If burgers aren’t quite your thing, then two more outposts of Dog Haus are sure to do the trick. The California-based hot dog chain is rolling out restaurants in Arlington and Burleson, with plans for some 20 more concepts throughout the Metroplex in the future. No word yet on official locations or opening dates, but given the volume at play here, expect that news to be coming fast and furious — and soon.

Finally, in craft beer news this week, craft beer and cinema love will converge at the Little Elm outpost of Flix Brewhouse. The first North Texas location of Round Rock-based movie theater brewery concept will feature collaborations with local brewers alongside the company’s signature six beers, plus a monthly corporate seasonal brew and a barrel program. The cinema-meets-brewery is located at 1660 FM 423.