39 Ways To Spend The First Weekend of Fall in Dallas. 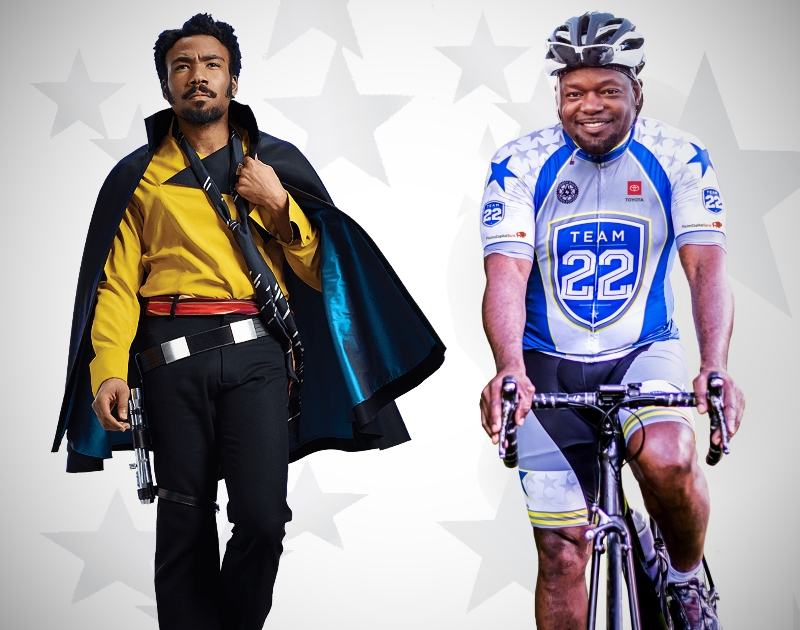 If you think you’re having a bad day, we promise: Someone else is currently having a worse day than you.

Actually, it’s not just someone, but a whole town — everyone who lives in Uranus, Missouri.

This rural town is a complete joke, and everyone who lives there knows it. Businesses even try to use this in their favor, hoping that using puns in their promotions will help attract tourists who wander their way from the Historic Route 66. For example? This town’s not only got an indoor axe-throwing space called The Uranus Axehole; it’s also got an escape room called Escape Uranus.

As for you and your bad day? Well, maybe take a page out of Uranus, Missouri’s playbook and try making the best out of a bad situation by going to one of the below events happening around town this weekend.

If that doesn’t help matter, I suppose you can always embark a trip for Uranus. — Claire Lin

PARK(ing) Day Dallas 2018
Get to know your neighbors more as Dallas participates in a day where people around the world turn parking spaces into parks. — Raul Mascorro

Todd Rundgren at Granada Theater
Hello, it’s Todd Rundgren live in Dallas. If you’re lucky, you might catch him performing in an iconic flamboyant outfit, or did he leave that to Elton John? — RM

Greek Food Festival of Dallas 2018 at Holy Trinity Greek Orthodox Church
The start of a three-day festival that celebrates authentic Greek food, dance and music. Your kids can tag along for free if case you didn’t want to pay for a babysitter. — RM

Scratch Sessions: Just Blaze at It’ll Do Club
Seven time Grammy nominated producer Just Blaze rips the ones and twos tonight. One of hip-hop’s biggest producer on the aux? Yeah, you’re gonna wanna be there. — RM

Show For JW at Dan’s Silverleaf
A benefit show for Dove Hunter’s Jason Wortham, who is dealing with some health issues, with performances by Baptists Generals, Def Rain, and more. Settle in on the patio for the silent auction and art sale that will also take place at the event. — RM

Goodbye Blue at Ruins
Blue, the Misfit is leaving Dallas for NYC, and this show will be his bittersweet farewell. — CL

Troye Sivan at Toyota Music Factory
The famed YouTuber-turned-pop giant’s The Bloom tour is kicking off at right here in town. — CL

Bullet For My Valentine at House of Blues
This Welsh heavy metal band is on tour for its newest album, Gravity. — CL

Suicidal Tendencies at Gas Monkey Bar & Grill
The long-running Los Angeles hardcore band has been in between members and sparse song releases, but is back and, arguably, better now.  Madball opens– CL

888 at Three Links
The band has spent some time experimenting with different sounds and styles of music, and they’ve seen success in the international spotlight. — CL

Jackal at Lizard Lounge
At only 23 years old, Jackal has already made quite a name for himself in the electronic music scene as a DJ and producer. — CL

DJ Cory Kilduff at Off the Record (Free)
Sci-Fi enthusiast Kilduff is holding down the fort with a couple of other artists. — CL

Sauce Walka at 2513 Deep Ellum
Get your tamale fix on at this saucing’ fest featuring Houston rapper Sauce Walka and six different flavors of tamales available for purchase. — CL

‘Til Midnight at Nasher Scupture Center
Every third Friday of the month from May to October, ’til Midnight holds sweet socials complete with live music, artsy screenings, and picnic dining for two. This penultimate 2018 edition includes sets from Madison King and Jessie Frye and a screening of Frozen. — CL

Late Nights at Dallas Museum of Art
In conjunction with the Nasher’s event above, Late Nights at the museum are every third Friday of the month, also with performances, film screenings and more. — CL

Toilets and Tiaras: Garbage Kids at Double Wide
As its name implies, it’ll be one hell of a fucked up drag show. Barfin’ Barbaras welcome. — Cory Graves

Toadies Vinyl Preorder Listening Party at Spinster Records
Anyone who pre-orders the band’s new Live at Billy Bob’s album — which will be previewed here — will be entered into a raffle for a signed guitar by the Toadies. —CL

Ben Folds at Bass Performance Hall
From a prominent member of Ben Folds Five to a lone wolf, Ben Folds has continued to experiment with blends of rock and pop. — CL

Oktoberfest Live! at Texas live
Soak it up, because this is the best we’ve got in DFW, and it’s pretty dang good. —CL

Haunted White Rock Lake Ghost Hunt Investigation (Sold Out)
Dallas’ most famous ghost, The Lady of White Rock Lake, haunts this place. Of course, there’s also been lots of body dumps and murders here. Go have fun, but not too much — you don’t want to become the next victim. —CL

Ultimate Cocktail Experience 2018 at The Bomb Factory
Every penny of this charity event will go towards helping children recover from injuries and developmental delays. This is the one time you can do a good thing by drinking gluttonously. — CL

Slander at Stereo Live
This L.A.-based DJ duo is popular for their sub-genre “heaven trap.” —CL

Emmitt Smith Gran Fondo at Rough Riders Stadium
It’s a fancy word that means 100-mile bike ride with the NFL’s all-time leading rusher. There are some shorter rides too. We’re not all in hall of fame shape. — CG

Dierks Bentley at Dos Equis Pavilion
The Baltimore Post-Examiner called him the “ultimate showman” because he pulls out all the stops when he’s on stage. With his newly released album, The Mountain, he’s crooning more people into his world of bluegrass and country. — CL

An Evening with Sally Field at Dallas Market Center
Life is like a box of chocolates — you never know when ol’ Gidget will randomly pop into town for a hang. — CG

Wadestock at Division Brewing
Named for Wade Wadlington, this day-long affair at Arlington’s Division Brewing finds the brewery hosting North Texas bands The Dangits, It Hurts To Be Dead, Henry the Archer, The Lash Outs, Polystarra, Kyoto Lo-Fi, Paper Saints, The Delzells, Cpt. Tornado and Classy Affair on a single, 10-hour-long bill that costs just $10 to get into. Better yet, that charge will go toward a good cause, as this event is also doubling as a benefit for Foundation 45. — CG

Slash at WinStar World Casino and Resort
The drive to WinStar is worth seeing legendary Saul Hudson absolutely crush it on the guitar. — CL

Smoked Dallas at Main Street Garden Park
Celebrating five years now, this event won’t just meat your expectations, it will exceed them. It’s all the best barbecue slingers from around the state, plus live performances by Eleven Hundred Springs, Mike & the Moonpies and others. — CL

Plano Balloon Festival
If you got ’em, blow ’em. — CL

4th Annual Pin-Up Contest at Mother Truckers
It’s the classic combo of pin-up and hot rods, with a competition for the title of the next “Miss Mother Trucker.” —CL

Childish Gambino, Rae Sremmurd at American Airlines Center
Rumor has it, this is the last tour Donald Glover will go on before he retires his Childish Gambino persona. Don’t miss it, just in case. — CL

Shoreline Mafia at Trees
Remember that music video of the home invasion robbery and shots of lean? That’s this group. — CL

Alejandro Escovedo at Dan’s Silverleaf
Called “A Latino punk pioneer” by NPR Music, Escovedo’s latest album, The Crossing, tells the story of two young men who come to America and discover things about themselves and the country that changes everything. Featuring the MC5’s Wayne Kramer, it’s also the punkest thing he’s done in years. — CL

Clutch, Sevendust, Tyler Bryant and the Shakedown at Gas Monkey Live
Clutch is on a mission with this Book of Bad Decisions Tour to destroy the misplaced negative ideas people have had about its music.

Taco and Beer Pairing Flight at L.U.C.K.
Renowned Chef Anastacia Quiñones just abruptly left The Cedars Socíal, so if you’re into that, you’ll definitely like this pop-up that she’s cooking for. — CL

Death Bells, Narrow Head at Three Links
About to release their new single “Echoes b/w Move Through Me,” Death Bells is making the big move from Sydney to Los Angeles to bring the music closer to us. — CL

Frankie Valli & the Four Seasons at Bass Performance Hall
He’s bringing back the hits, y’all, including “Big Girls Don’t Cry” and “Walk Like A Man.” — CL

Nick Cannon Presents: Wild ‘N Out Live at The Theatre at Grand Prairie
This improv show has been back and better each year since its six-year hiatus that ended in 2013. — CL

Haute Noir: A Dark Fashion Event at The Church
Watch some queens slaaay at this dark drag celebration. — CL