Dallas’ Terence Nance: From HBO To The Toon Squad. 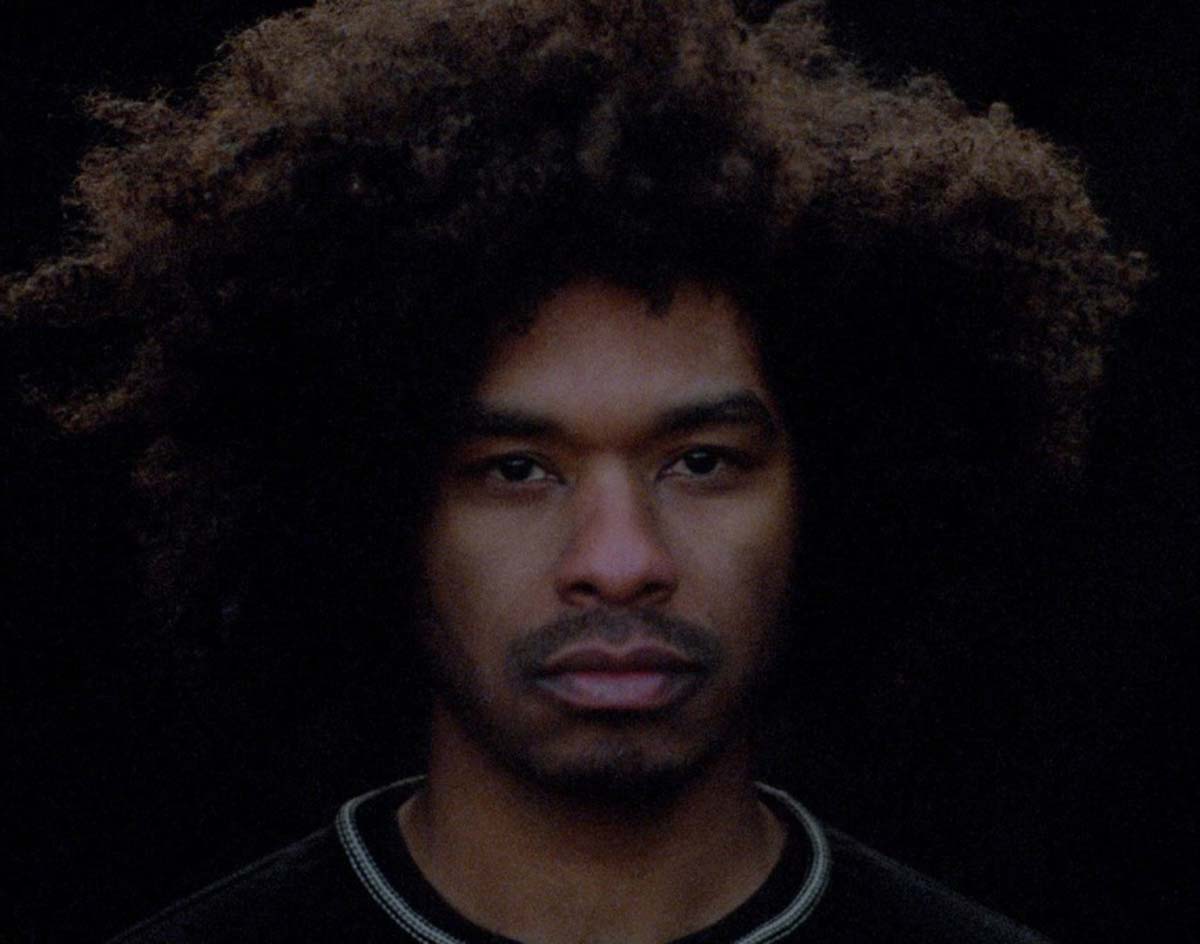 The high-definition, REM-like visuals depict the lower halves of two black faces locking tongues and lips in a kiss so impassioned and explicit that the splish-splash emitted almost begs for a parental advisory warning — an audible “bleep” or something, anything, to distract from the isolated audio of wet, sticky neck-up intimacy.

An instinct to shut the visual out or turn away is immediately present. But it isn’t born from disgust or a reaction to anything obscene or unnatural. Is it a general awkwardness that’s been exposed here? Discomfort? Shame?

What is it about the simple sights and sounds of two black faces — supple brown lips and tangled pink tongues — making out just as the love interests of any monolithically white rom-com would? Why does it inspire such an indisposed impulse?

This promotional visual is how many were introduced to the HBO late-night show Random Acts of Flyness‘s six-episode first-season run from this past summer — and just as its creators intended, too. These varying reactions and their subsequent self-analysis is what comprises the show’s complex DNA, formulated by director, writer and Dallas native Terence Nance.

A product of J.J Pearce High School in Richardson, Nance has been an avant garde cinema darling since the 2012 release of his acclaimed, genre-bending, Sundance Film Festival-screened film, An Oversimplification of Her Beauty. And, just this week, he was thrust into the threshold of the multimedia mainstream with the confirmation of the long-rumored speculation that he’ll direct the Ryan Coogler-produced, Bugs Bunny- and Lebron James-headlined Space Jam sequel. 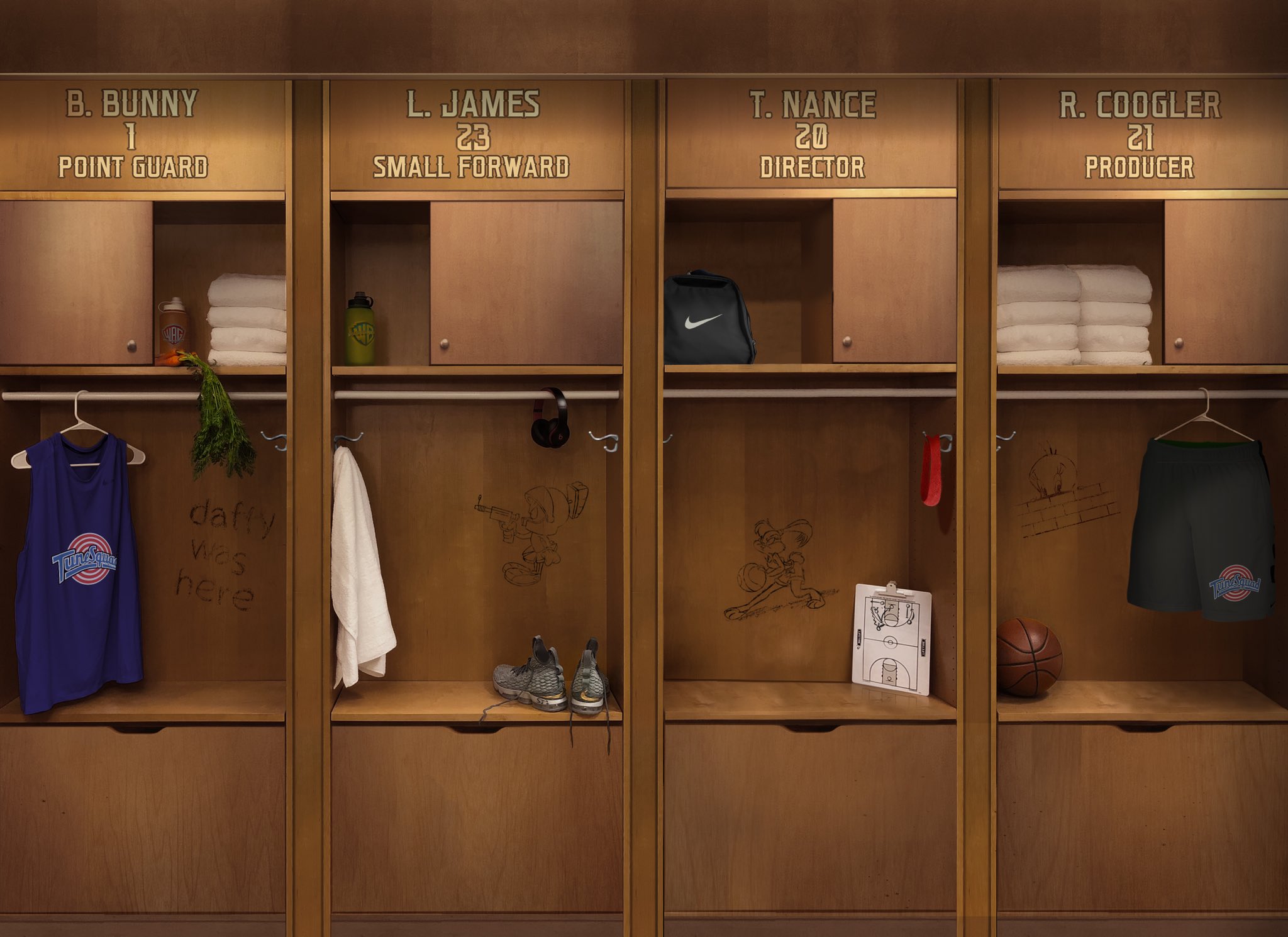 But helming a half-animated, half-live action major motion picture blending elements of science fiction, action and comedy into an NBA- and Warner Bros.-approved collaboration that will be overseen by the same eyes that shaped the successful and groundbreaking Black Panther and star the greatest basketball player and pop culture icon on earth doesn’t seem too far of a stretch reach for the neighborhood kid with an HBO show. Viewed objectively, Nance’s most recent success on cable very much informs that which the public is currently anticipating.

The latest addition to HBO’s increasingly left-of-center content, Random Acts of Flyness — which HBO has already picked up for a forthcoming second-season run — is a sensory-arresting, ever-ascending collage of images, vignettes and experiences inextricably tied to and viewed through the uncompromising lens of the Black Diaspora experience — as interpreted by Nance, his Dallas-based family of creatives and their collaborators. Each episode follows, abandons and then swoops back into a complex narrative built within what the world sees and thinks it knows about the people it calls “black,” what black people know and understand about themselves and each other, and the infinite facets of a shared and diverse experience, positioned in a nonlinear format that inspires both creatively and critically.

Season One’s sextet explores, contorts and both extols and blasphemes such black and American conventionalisms as life expectancy, police interactions, street harassment, gender performance, good hair and the white savior complex, among numerous other more pointed and traditionally complicated subjects. The 32-minute exhibitions combine high-quality visuals, animation, digital and social integration and musical performance. Each episode’s tone varies from highbrow to tongue-in-cheek; the show is psychological, academic, social, introspective, archival and futurist at any and many moments. Its individual segments range from half-second almost subliminal messaging to extended concepts spanning and dispersed throughout an episode or more, from open credits to closing performance.

Random Acts of Flyness follows the varied tradition of the trailblazing visionary programs that came efore it, compartmentalizing expressions, assertions and challenges to the black social conscious in artful vignettes that can just as easily sail over one’s head as smack them in the face. In an interview with Okayplayer, Nance nods to Chappelle’s Show, Atlanta, Martin, In Living Color, The Chi and its network sibling Insecure as being part of its shared and important lineage — a lineage only rarely free to share stories on platforms traditionally not reserved for such perspectives.

In one of the shows many acts, actor Jon Hamm is cast in an infomercial that prescribes a topical head cream for “white thoughts.” Described as having thoughts you wish you could un-have, “white-ness” is described in Random Acts of Flyness parlance as an ailment that plagues its hosts with denial of or distraction from the inequities that non-whites face.

“A Muslim friend of mine told me she was stopped at the airport every time she would travel,” Hamm testifies in the mock ad. “And I suggested that she refrain from wearing her headscarf, as to not inconvenience the airport security.” To that, a side-eyeing, all-black choir behind him belts in chorus: “Yes, it’s a fact! He really said that!”

The sketch continues with Hamm stammering through his lines as the show’s point of view swaps from that of an infomercial to a more behind-the-scenes gaze: A director yells cut and attempts to advise Hamm, who is struggling with the task of speaking on behalf of white-thinking whites, that his role in this ad is a result of white people’s unconditional trust of his persona and that beautiful beige face of his, and not his proximity to those plagued with “white thoughts.” The director ends his pep talk with the following decree: “Help them. They need you.”

We then return to the infomercial, which is satirical and absurd and also painfully reflective of reality. It’s worth noting that, in another twist of irony, the ointment being advertised is a black lotion that users rub onto their skin — a clear reference to blackface, which is another subject artistically contextualized and redefined throughout the episode. As the infomercial ends, Random Acts of Flyness transitions into a segment called Black Thought’s Black Thoughts, wherein The Roots’ frontman questions whether his admiration of former First Lady Michelle Obama’s butt is objectification of the Black Goddess.

This is as close to a sample of the truly random, poignant intent of the show as you’re gonna get without plummeting down its rabbit hole. It provides end-to-end, random access to the black experience through various modes and storytelling devices. Its devices encompass the performative, literary and visual, as well as the technological, given how it better reflects the cable and internet intersection than much of what predates it.

Take, for example, the Random Acts of Flyness mobile game, which puts users in the shoes of the Dominique Fishback (The Deuce) character Najja as she experiences the harassment, microaggressions and other nuisances that black women face on a real-life daily basis. Created by Terence’s younger brother Nelson Nance, who contributes writing, music and animation to each Random Acts of Flyness‘ episode, this additional mobile experience takes the show’s narrative off the screen and inserts it into the public sphere, where it exists as an available-to-all demonstration of the oft-silenced and -denied sufferings of modern black women. 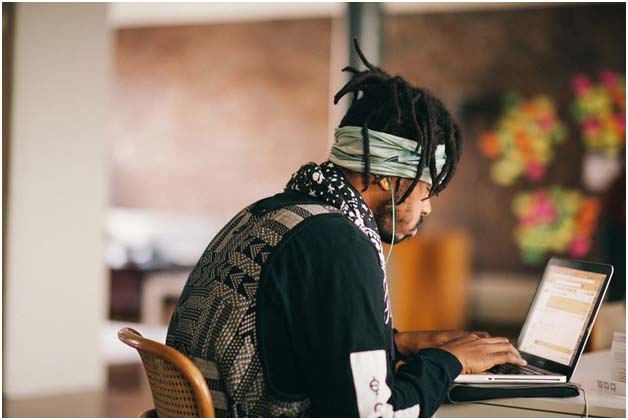 The Nance tribe’s creations here are, by definition, more akin to deconstruction than construction. Each random act of flyness shifts and re-imagines ideas formerly considered pillars in both black and universal perspectives. Catcalling is remixed into black men shamelessly expressing love for one another. A young Martin Luther King Jr.’s nightmares are examined instead of his dreams. The effects of silence and domestic abuse are addressed in the form of a national press conference called The Apology. A minimalist vocal performance from Solange Knowles finds the singer repeating the word “onyx,” a term synonymous with blackness, until it begins to sound like “our necks” as she plays with her microphone cable like a noose. It’s heady, necessary, thought-provoking stuff — all of it.

That this all arrives just as its creator is being thrust through the threshold of the multimedia mainstream in the form of his newly confirmed Space Jam gig is nothing short of remarkable. Consider it a testament to the unassailable truths at the core of Nance’s thematic messaging — concepts that may be difficult to digest, but cannot be denied.

Random Acts of Flyness‘s first six episodes purposefully defragments dated and narrow perspectives of blackness in an age where the growth and advancement of expressive freedoms are at war with the rigidity and ignorance of convention and tradition.

It’s no accident that Coogler, James, the NBA and Warner Bros. hope to meld Nance’s vision with theirs, either. To hear Nance’s creative-filled family tell it, this is where his path was bound to always lead.

For more on the Nance family’ incontrovertible creative influence, please enjoy the below, extended 50-minute phone conversation I recently had the privilege of sharing with Nance’s brother Nelson, the musician previously known as Norvis Junior and currently known as Nelson Bandela. Over the course of our talk, we discuss Nelson’s artistic journey, his collaborations with his big brother, his expectations for the future of Random Acts of Flyness and much more.