Things To Do In Dallas On Wednesday, October 4. 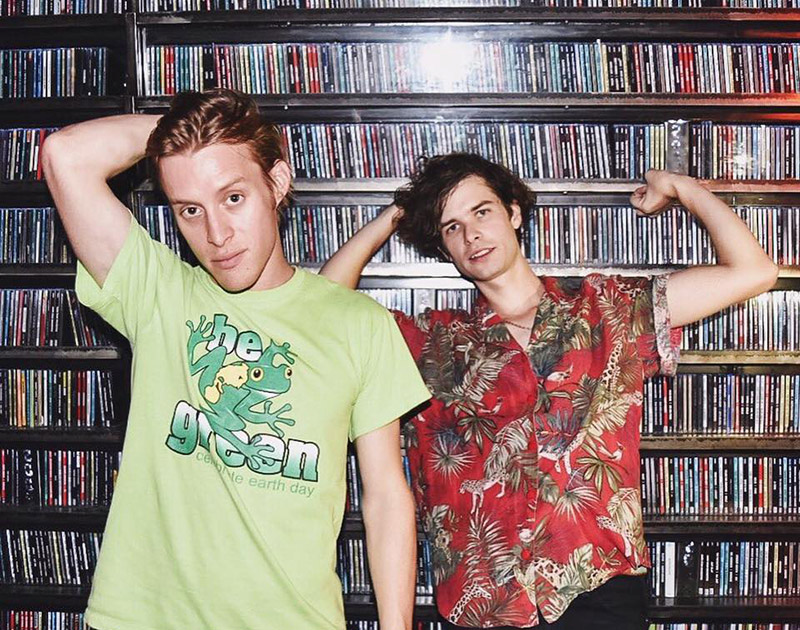 Party Hard With Andrew W.K. At House Of Blues, Feel Coast Modern’s Good Grooves And Celebrate National Taco Day All Around The City.

By itself, Hump Day is a pretty exciting event that inspires countless lame jokes and Geico commercials with camels replacing chimps in 9-to-5 office scenarios.

But when it happens to fall on National Taco Day, it just might be divine. If you’re single there is still good news. Local Dallas establishments are offering taco and happy hour specials that are perfect for wining and dining that special someone. Think of it as Valentine’s Day but with tacos.

It may be an unofficial holiday and it may be a product of the internet’s hive mentality, but when isn’t it a good time to celebrate and eat all the tacos?

Below we’ve included a few National Taco Day ongoings tonight where you can ask him, her or them out for some tasty tacos, and as they say, shoot your shot. We’ve also included a few other events that you can hit up after tacos with or without your date — in case it didn’t go well. — Aaron Sewell

Andrew W.K. at House of Blues
Wildly talented and versatile artist that has dabbled in everything you can imagine. We have reason to believe his fans have been in a eight-year coma awaiting his newest record, set to be released next year. But that’s just can’t come soon enough. He has described his new work as “pure, unadulterated power.” We have no clue what that sounds like but we can’t wait to find out. — Marlene Núñez

Bob Log III at Three Links
He is a one-man act that will fool you if you close your eyes. But you’re not going to want to turn off any of your senses for him. His act requires all of his appendages and he’s known for calling on audience members to sit on his lap while performing. Get ready for sensory overload but the good kind! — MN

Coast Modern at Cambridge Room at House of Blues
The Los Angeles indie pop duo’s journey started in an unexpected place as the duo collaborated on educational raps for a NASA middle school program. Luckily, its current record label found the boys after coming across a couple of songs on the web. Now its self-titled debut album is dropping jaws and . — MN

A Day To Remember at Gas Monkey Live
Rumors of new material was beginning to overwhelm the die hard fans. But before you get all worked up and bug the band some more, you should know that its most recent release, Bad Vibrations, was rough on ADTR. The band tapped into its rawest emotions for its latest album and delivered an intense collection of songs, so it’s up to the fans to give the guys some love and support while they’re on tour. — MN

National Taco Day at R Taco
R Taco is celebrating National Taco Day at the original location on Greenville Avenue. There will be ticket giveaways to Dallas Observer’s Tacolandia, swag bags, games and drink specials. A portion of food sales proceeds will be donated to the North Texas Food Bank. — Kelly Benjamin

Bar Politics: State Fair Edition at Ten Bells Tavern
For many years, the State Fair has been somewhat of a burden on local businesses. Ranging from issues with parking and booking shows to draining the Dallas Police Department for security, Ten Tavern Bells has decided to host discussion on the issues. So grab a beer, lend an ear and listen to a couple of corny dog jokes while you’re here. — KB

Kali Uchis at Trees (Sold Out)
Rapidly strutting her way to stardom, Colombian-American singer Kali Uchis entices Dallas with her dreamy vocals and soothing melodies. If you haven’t had the chance to listen to “Por Vida,” especially during lonely time hours, you might want to give it a shot. Phony Ppl will be opening. — KB

Taco + Vodka National Holiday at Henderson Tap House
What’s better than just a taco? Tacos paired up with vodka-based drinks. Henderson Tap House will be serving $5 taco plates coupled with $5 Absolut Vodka cocktails all day. The Absolut Vodka girls will be there as well, so if you wanted to go ahead and shoot your shot, there may be no better time. And when that inevitably fails, at least there will be some tacos to cheer you up. — KB