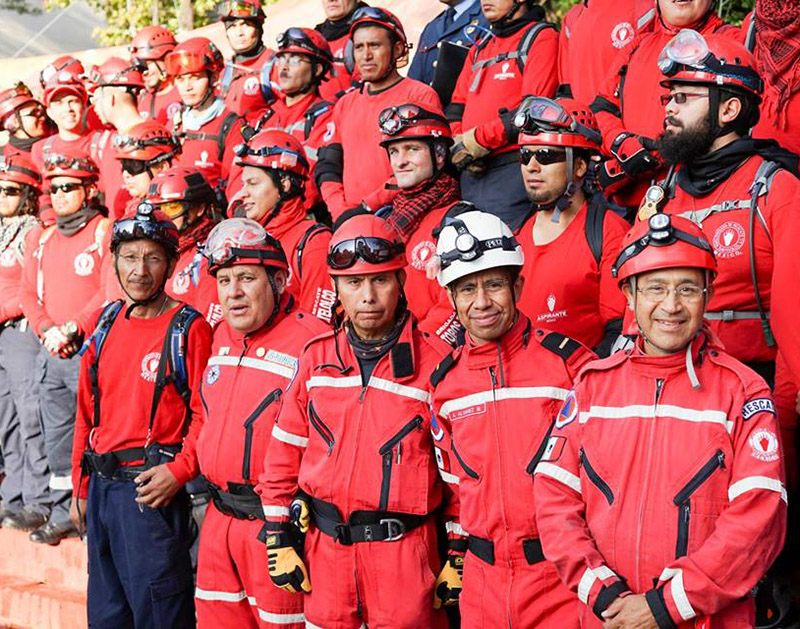 The Funds Collected Will Go Toward Helping The Topos Of Mexico, A Volunteer Group Renown For Its Rescue Efforts Around The World, Including 9/11 Efforts.

Jesus Galvan recalls watching 9/11 TV coverage when he was a kid in Mexico. As the rubble and debris lingered, he watched news outlets reporting about of a group of Mexican volunteer rescue workers called Los Topos heading to New York City to aid in search and rescue efforts.

Galvan, now 28, hopes that a fundraiser he helped plan at Top Ten Records in Oak Cliff this Saturday will make a difference in the lives of those rescue workers, who were most recently called upon to aid in rescue efforts following the 7.1-magnitude earthquake that hit central Mexico September 19 and left more than 360 people dead.

The Oak Cliff resident says his hope is also in raising awareness not only about the Topos but also the need to remember that ongoing help is always needed after natural disasters and catastrophic events.

“I feel like there seems to be a tendency to forget things,” Galvan says. “People have these things on their mind, but then they seem to forget. People are going to need a lot of help in the coming weeks and that’s what this is for.”

The fundraiser will be held from 5-8 p.m. and will feature live music, raffle giveaways with prizes provided by local businesses and slam poetry. The funds will benefit the Topos organization in Mexico in aiding those volunteers with various things like medical and psychological help.

The Topos formed in 1985 after the massive earthquake in Mexico City left 9,500 people dead. And they have been called on regularly to aid in rescue efforts, not just in Mexico but around the world in places like Japan and Indonesia.

“The reason why I decided to organize this for them,” Galvan says. “Unlike many nonprofit organizations, they don’t get the attention that most do even though they’re always one of the first groups to show up at natural disasters.”

Galvan adds that he hopes people who head out to the fundraiser are ready to have some fun, but –more importantly — don’t show up thinking that small donations won’t make a difference.

“A lot of people want to help, but they might think that those $5 in their pockets won’t help,” Galvan says. “But those $5 you have are $5 that they don’t have over there and they do make a difference.”