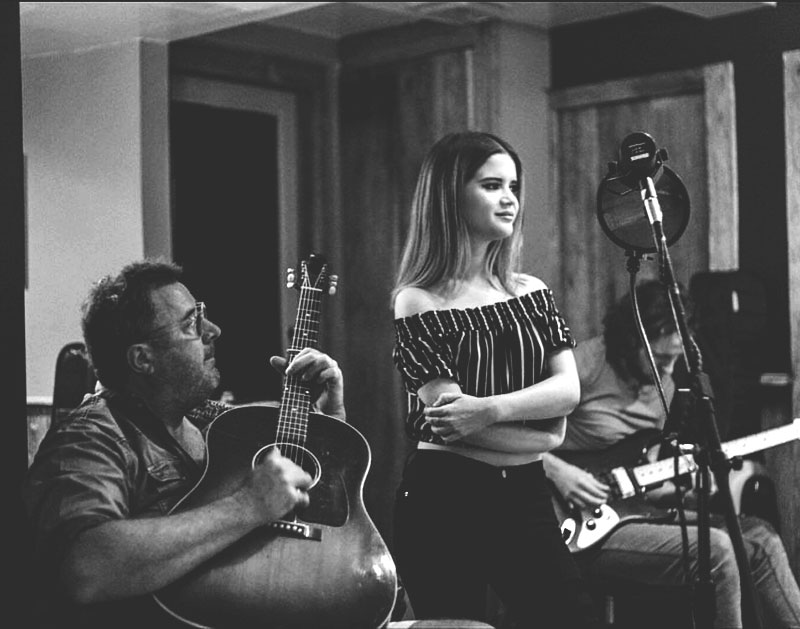 Mere hours ours after Sunday night’s Las Vegas shooting at the Route 91 Harvest music festival that she’d played on Saturday, Arlington-raised country star Maren Morris felt compelled to take action and respond to the tragic event that left at least 59 dead and 500 injured.

So she did something she’s gotten pretty good at: She released a new song. Called “Dear Hate,” the song is one that Morris recorded with country legend Vince Gill three years ago now and has been sitting on ever since. But given the subject matter of the track, it’s a timely release. In an Instagram post explaining the timing of the drop, Morris wrote that “Hate is everywhere, and I’m sick of not doing enough.” She also committed to donating any profit the track might make to the Music City Cares Fund, which has promised to “help immediate and long-term needs of victims” from the tragic festival shooting.

Give the song a listen below.

Morris, of course, was hardly the only Texas musician on that festival’s bill. Lubbock’s Josh Abbott Band — no stranger to Dallas-area stages itself — also performed. But the band really made headlines after the shooting, when guitarist Caleb Keeter publicly reversed his position on gun control. Hours after the band performed in Vegas, Keeter sent out a message on Twitter saying that, while the band and its crew possessed legal firearms on their bus, “they were useless.”

Fortunately, not all of this week’s music news involves tragedy. Some of it is just cool — like Post Malone, who remains at the center of the music world’s attention this week thanks to a Noisey-produced vignette featuring an interview with the artist about his sudden rise to fame, his love for music and his attempts at trying to out-cool his father.

Also cool? Ty Richards achieved a goal he’s been working on for a few years now. When the second episode of Shameless’ new season premieres on November 12, Richards’ “Going out for a Cigarette” song from his debut album Zillion will be featured in the critically-acclaimed show’s soundtrack.

Speaking of acclaim, the Butthole Surfers will be releasing a 30th anniversary 10-inch vinyl edition of their third full-length LP, Locust Abortion Technician, on November 17. While announcing the release via a Facebook post last week, the band shared the tale of how they ended up recording the album in Winterville, Georgia, on an old Ampex 8-track machine with two microphones. It’s an interesting read, which you can once-over here.

Also getting a second look this week is the band Creamer, which closed out a mini-tour in Dallas last night at the Belmont Hotel. The gig served as a homecoming for vocalist Philip Creamer, who’s brother is Texas Gentlemen vocalist and keyboardist Daniel Creamer. The Belmont’s been killing it lately with low-key intimate performances like this one lately, but this one is especially notable, since it came on the heels of a four-show run in which Creamer opened for Wilco.

Breakout cow-punk band Vandoliers also released a new video this week, this one for “Rolling Out” off their sophomore album The Native. The clip premiered via The Boot last week, and the band filmed the video entirely on their phones while on tour in support of the album that features the song. After covering 18,000 miles across 40 states this summer — stats provided by the band via Facebook — the band sure had plenty of interesting settings to shoot in.

There are a lot of familiar settings in Dallas rapper Alsace Carcione‘s powerful new video for “Flight,” too. See how many you recognize in the Jeff Adair-directed clip below.

Oh, and speaking of spotting things, here’s a fun not to close out this week’s notes: A member of the Dallas band Sub-Sahara got plucked out of the crowd to join Mac Demarco on stage and play drums for him during his Saturday night show opening for the Flaming Lips at The Pavilion at Toyota Music Factory. Check out the footage of that moment below.

Cover photo via Maren Morris’ Facebook. Got a tip for White Noise? Email us!