Things To Do In Dallas On Wednesday, November 8. 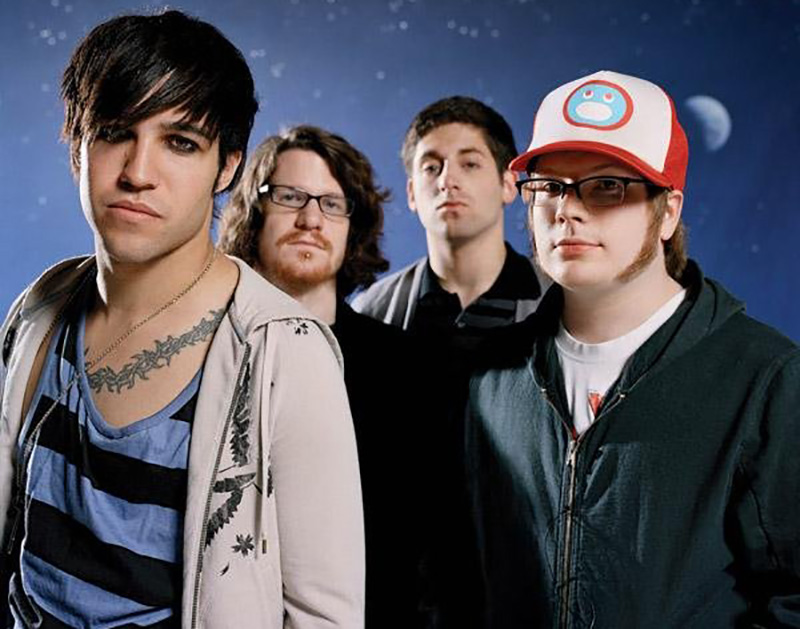 Dance Like Uma Thurman With Fall Out Boy At American Airlines Center, Pullup To See Cousin Stizz At Club Dada And Split A Bowl Of Fruit With Sexual Jeremy.

So last Friday, a rather peculiar YouTube personality stopped in town.

She goes by Poppy and her schtick is a bit…strange. Her actions on stage are a bit robotic and her lyrics are repetitive to the point that it seems like she’s trying to put her audience in a trance.

We had a difficult time trying to make sense of what she’s really going for, but we’re guessing it doesn’t really matter. It’s brought her success in the form of more than 223 million YouTube views and a cult-like following. We’re not the type to challenge a gimmick that isn’t offensive — especially if it works this well.

Now, you may have missed out on Poppy and her bizarre spectacle, but she’ll come back around at some point. For now, you’ll have to do with the events listed below, but we promise they won’t disappoint. — Obed Manuel

I Prevail: Rage On The Stage Tour at The Bomb Factory
The sick lineup of metal-core bands setting foot in Dallas once again includes I Prevail, We Came As Romans, The Word Alive and Escape The Fate. All of these bands have released incredible records throughout the years. It’s gonna be an exciting night. Don’t forget that tickets purchased when the show was scheduled for Canton Hall will be honored. — Marlene Núñez

Cannibal Corpse at Trees
This Death metal band from Buffalo, New York is known for its highly controversial material and is often banned from playing in other countries. It’s no surprise as it draws inspiration from bloody horror movies and terrifying fiction stories. This hasn’t stopped band from acquiring the affection of extreme metal fans. Although, the band has experienced little to no airplay throughout its career, its climb to the top of the metal chain has not been hindered. — MN

Fall Out Boy at American Airlines Center
A Chicago band with one of the best vocalists to date, in our opinion. The band has been pumping out timeless jams since the year 2001. Even though, we lost them for a few years, it has been on top of its game since its rebirth in 2013. It’s newest album will be released early next year, but the track listing has already been shared on social media – giving the fans something to daydream about in the meantime. And who knows, maybe Pete Wentz and co. will belt out a few of the new tunes… — MN

Cousin Stizz at Club Dada
The Boston rapper received a great deal of attention after Drake played his single “Shoutout” at one his parties. The success of his two mixtapes caught the attention of a record label who added him to its roster late last year. Cousin Stizz seem to be one of a few rappers who have been aiming to illustrate the realities of growing up in the ‘hood instead of aiming for catchy hits. His work has been noted as minimalist allowing the lyricism to be the focus point. — MN

For Your Pleasure with George Quartz at The Nines
Listed at No.93 on Dallas Observer’s list of “100 Creatives” a couple of years back, Bryan Campbell may be onto something. In the past, Campbell has explained that the reason he uses an alter ego is because it gives him more creative freedom. The character George Quartz has given Campbell more space to layout all of his talents which allows him to keep his art as a separate entity from him. — MN

Sexual Jeremy at Dan’s Silverleaf
Band mates from Denton, Texas have described its sound as anxious. We’re not quite sure what that means but after listening to it we can’t help but to agree. These dudes have kept a low profile even with several releases in its back pocket. We hope that changes soon. — MN

Ekali at Stereo Live
Nathan Shaw is Ekali, an electronic music making machine from Vancouver, Canada. He boasts more than 150 thousand followers on SoundCloud alone. This Canadian is killing the game featuring his buddy, Denzel Curry on tracks here and there. His song “Babylon” is all his Twitter followers can talk about right now and for good reason. — MN