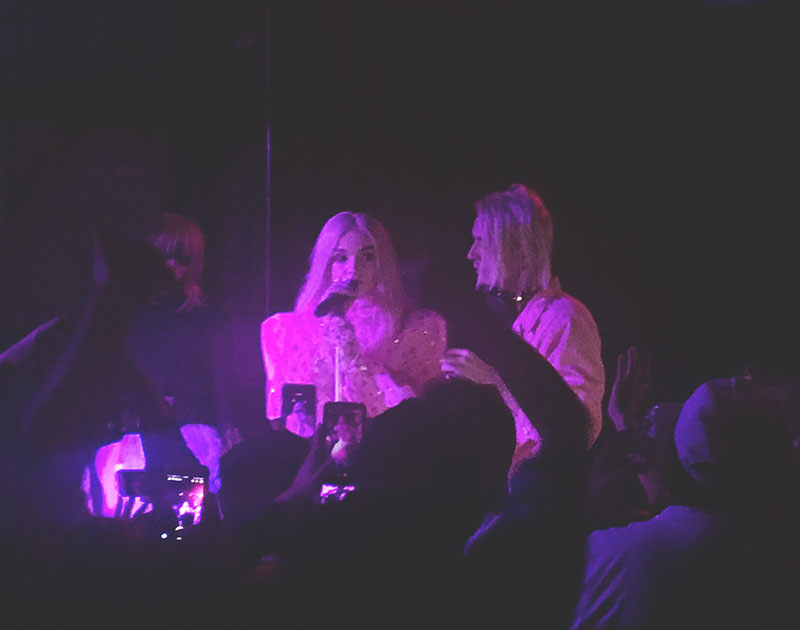 Teen Fans Excitedly Screamed For Poppy During Her Show At Club Dada On Friday Night. But Do They Even Understand The Joke?

On Friday night, Club Dada was filled with a wide array of characters of all ages who packed themselves into the Deep Ellum venue to see the big-eyed, blonde haired artist known as Poppy.

The Nashville-raised 22-year-old performer born Moriah Pereira is something of a character herself. After moving to Los Angeles in 2014 to pursue a career in music, she discovered a collaborator named Titanic Sinclair and started to form her unique stage persona — one that combines the sounds of popular music with the visuals of internet peculiarity. Its a decidedly weird direction, but an unquestionably successful one that has garnered her videos more than 223 million YouTube views at the time of this writing.

Online, her character is equal parts hypnotic and robotic; a 10-minute video of her simply saying her name over and over, as if she were some sort of alien who is unsuccessfully trying to convince a viewer that she is human, has earned her over 12 million views.

In person, she’s no less curious. At the show’s start, Sinclair appeared on stage in a bright pink jumpsuit, drinking a dark red liquid. Once Poppy herself appeared on stage, she asked her audience, in her angelically robotic voice, to “raise your hand if you trust me with your life,” and then handed out cups of that same beverage to her audience to drink.

From there, she embarked on a 45-minute set of her carefully crafted pop songs, which feel just as calculated and deliberate as her other videos, and to which her audience gleefully and loudly sang along in this setting.

Frankly, the whole thing felt rather cult-ish. But it also worked: Through Poppy, Pereira has created a marketable, entertaining persona that this crowd was all too pleased to idolize. Her crowd at this show certainly skewed young, but Pereira has a smart, mature and sophisticated vision of the future, of technology and of popular music.

Or is it all just satire? Tough to say. But sometimes the truest things are said in jest.