Things To Do In Dallas On Wednesday, March 28. 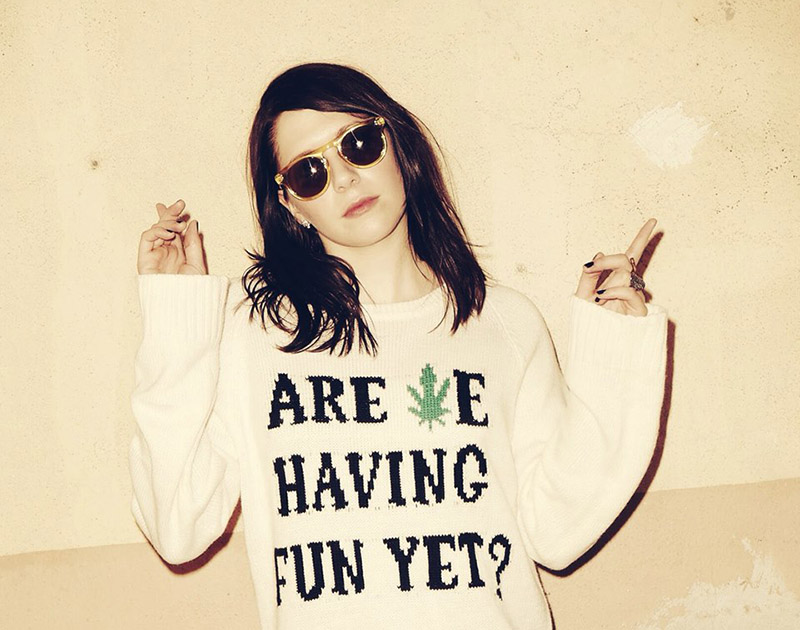 Run For Your Life With K. Flay At Granada Theater, Take Two Shots With Goody Grace At Cambridge Room And Save Your Breath With Televangelist At The Dirty 30.

We’ve told you before about a silly burglar — you remember the ice cream bandit.

Well, police in New Haven, Connecticut arrested a burglar a few days ago — and probably in the easiest way they will for a while. You see, police responded to a call about a break-in and found the burglar asleep on the couch when police showed up.

The homeowner contacted police after her home surveillance system alerted her that someone has broken into the property. Fortunately for her, she wasn’t there when it happened — and the burglar fell asleep on the couch for some reason.

We’re not sure how someone can make such a silly decision — sure, breaking into a home is silly in itself but falling asleep while committing  a crime is probably the silliest. The lesson here is don’t get caught sleepin’, especially not while trying to plan your evening. Fortunately for you, we’re here to help you find things to do.

Spice World at Sundown at Granada
This free screening of Spice World comes on the heels of the latest announcement that the Spice Girls crew is returning to the screen by way of an animated film that will feature them as superheroes. Maybe they’ll reclaim some of that ’90s glory again, but hey, even if not, at least we’ve got Spice World. Screening starts at 8:30 p.m. on the rooftop.

Poppin’ Wes Anderson-themed Pop-up at Main at South Side
More than a dozen local artists will be selling — yup, you guessed it — art inspired by the characters and storylines from Wes Anderson’s films. Ronnie Heart spins all night.

K. Flay at Granada Theater
The genre-bending guitarist out of Illinois is stopping in Dallas while on the Every Where Is Somewhere tour. The artist’s sound is one that weaves rock and roll, electronica and pop together to create a platform for the singer — whether she’s singing or rapping. Doors open at 7:30 p.m.

Phillip Phillips at House of Blues
The American Idol winner’s song “Home” is the most sold track by any winner of the singing competition series, but that doesn’t mean he’s had a smooth sail since winning the contest back in 2012. He got into a legal spat with the producers of the show and it was costing him loads of money. Fortunately for him, those rough times inspired him to write his latest album, Collateral. Hence why he’s in town tonight while on the Magnetic Tour.

Science Cafe at Noble Rey Brewing
This conversation presented by the Perot Museum of Natural Science is titled “Can We Save South Africa’s Rhinos?” As rhinos continue being poached at alarming levels, the conversation about how to save them has never been more relevant. The discussion will be held in the tap room and will be led by Dr. Mike Slattery of the TCU Rhino Initiative. The chat kicks off at 7 p.m.

Goody Grace at Cambridge Room
The singer-songwriter has made huge career strides lately, touring with the Neighbourhood, Hoodie Allen and LANY. But its Goody Grace’s musical DNA that really speaks to why folks are high up on this one. With a blend of hip hop, pop and pop rock and even some emo rock, the singer shows that pulling from every genre is sometimes the best way to make a splash.

Televangelist at The Dirty 30
The Austin band’s progressive rock/math rock sound has a clear potential to make it an indie darling. The band closed out 2017 with the release of its Be Brave EP, and now its stopping in town to spread its gospel and maybe make a few believers out of Dallasites. Doggo, Day 4 and more will perform.