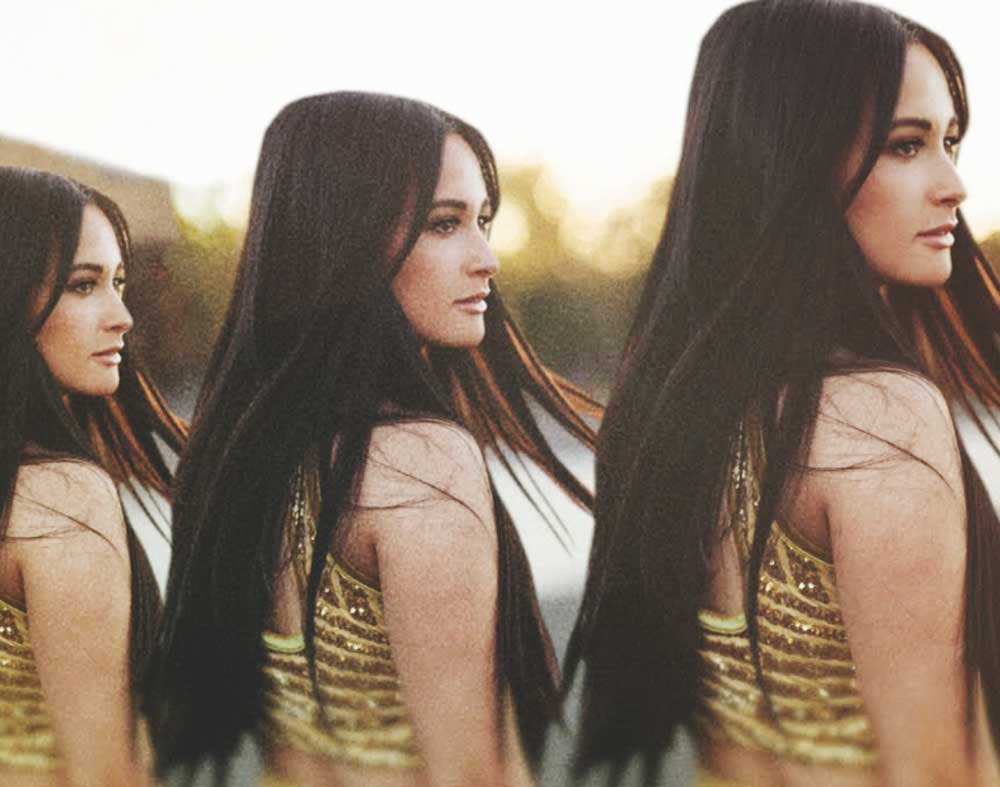 Kacey Musgraves Is Ready For Her Golden Hour, Leon Bridges Dances His Way Through Some “Bad Bad News” And Dallas Rappers Might Be Freshmen To Watch. Plus More!

For the sake of timeliness, let’s start with Golden, Texas, native Kacey Musgraves. With her new Golden Hour album due out this Friday, March 30, she’s been everywhere this past week. First, she premiered her song “High Horse” via Beats1 and released its accompanying this lyric video. The same day that all happened, The Fader also released a lengthy Q&A with Musgraves and described her new album as a “sprawling love letter to her new husband Ruston Kelly” while declaring it her “most creatively daring work yet.” Which is all fine and good, but maybe more helpful if you could hear it yourself, right? Well, that’s where NPR comes in this week, offering an early stream of Golden Hour for all to hear. For what it’s worth, Consequence of Sound likes what it hears, giving the album an A- in its review.

Also all over the news this week is Leon Bridges, whose own new new album, called Good Thing, is still a couple months away what with its May 4 due date. Still, he’s quickly building upon the already palpable anticipation for that sophomore release with the unveiling of his video for “Bad Bad News,” which features a woman played by model Paloma Elsesser being overcome by Bridges’ soulful and swinging track as she confronts a cat-caller. Check out Natalie Rae‘s beautifully directed video below.

Of course, there’s anticipation building around North Texas rappers Bobby Sessions and Tay-K as well. Both are featured on XXL’s “Vote for the 10th Spot” list, which asks fans to vote for the final entry into its 2018 Freshman Class. If nothing else, the two rappers’ inclusions are a testament to not only the impact Dallas artists are currently having on the national hip-hop landscape, but a testament to the wide array of talent the area possesses.

Speaking of the national landscape, those planning summer trips might want to keep these music festivals in mind, as they feature big North Texas names: This morning, Afropunk announced that its Brooklyn edition that’s set to go down on August 25 and 26 will feature Erykah Badu headlining the affair alongside Janelle Monae, Tyler the Creator, Miguel and more; and, just last week, the Chicago-set Lollapalooza announced that its 2018 lineup will feature area names Post Malone, St. Vincent, Parquet Courts and Medasin.

Based off the work we’ve already heard from Remy Reilly, it won’t be long before she’s pacing through the festival circuit herself — especially after glowing write ups like the one D Magazine shared last week. While previewing her new self-titled EP, the magazine interviewed the teenage singer as well as her producer Jason Burt who said she’s “a better songwriter than some of the 30-year-old artists I’ve worked with” and encouraged fans to “don’t tell someone she’s 14 and just play the track.” We recommend trying that with her song “Rattlesnake,” which was recently one of our own Songs of the Week selections.

Fort Worth rapper Go Yayo is himself no stranger to our Songs of the Week feature, and he has a new contender with the video for “Beat Up The Pot” that he released last week via WorldStarHipHop.

Mo3, who has been a public rival of Go Yayo’s in the past, also released a new video via WorldStarHipHop this week, but his “Numbers” offering also features a guest verse by buzzing rapper Moneybagg Yo.

Though Guitaremoji was a newcomer to the local scene at the start of the year with little to no work to his name, he has in just a few months released a number of noteworthy tracks, the latest of which is a collaboration with Crit Life affiliate Crit Ace. Here, the two meld their distinct styles for a track that is both outside the norms of hip-hop, yet perfectly complementary to Ace’s flow and ad libs.

For a more traditional hip-hop track, check out the latest work from EB Rebel, a powerful lyricist who has relocated to New York City in pursuit of her music dreams but is still offering an ode to Dallas with her new song “Spiritual.”

Ari Roar knows all about reinventing yourself, having performed in a number of acts around town before getting signed to Bella Union with this latest one. This week, he released a song called “Implode” from his upcoming Calm Down album for that label via the site The Line of Best Fit, which called it a “beautifully bittersweet outing.”

And, if you’re a fan of Flexinfab or the aforementioned Guitaremoji, you might dig this new one from Benny Bandit that offers up a tender, more distinctive side of the artist.

Finally, to close out this week’s column, we want to share a new album from a new artist we’re just learning about named JAYSYD. Check out his new album, Old Feelings New Memories, below. The performer will be celebrating it with a gig at Curtain Club this Saturday, March 31.