Things To Do In Dallas On Tuesday, March 20. 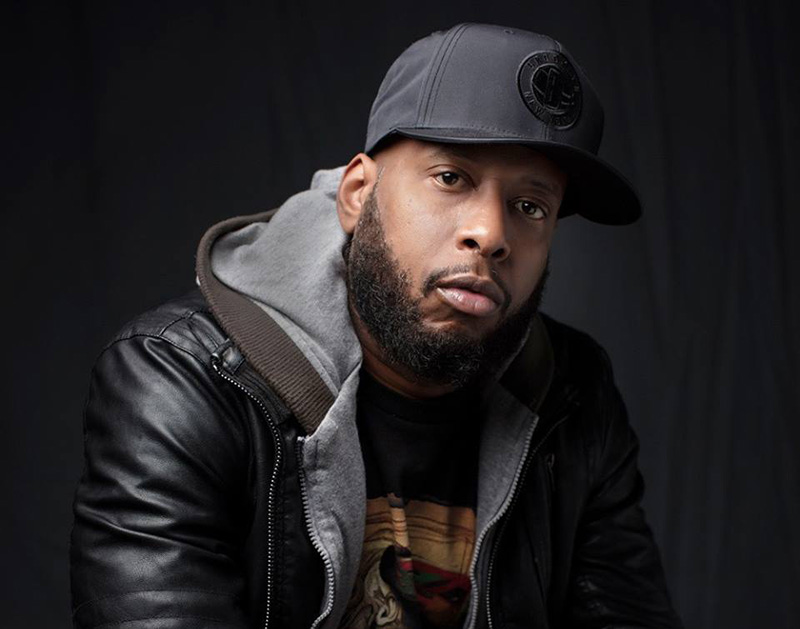 Push Thru With Talib Kweli At Trees, Stay Snackin’ With Gus Dapperton At Deep Ellum Art Company And Play It Right With Sylvan Esso At The Bomb Factory.

So the word is out: we are looking for new contributors.

Is that you? Reach out! We’d love to chat and see if you’re a good fit. As wrote last week, we’re looking for writers, photographers, videographers and graphic designers who know Dallas and — more importantly — can create awesome content about our fair city.

Be sure to read that post. Remember — we’re looking for people who can come up with original ideas and will be able to execute them.

So hit us up if you think you have what it takes to be a reliable contributor to Central Track! And if that’s not your dig, it’s all good. We’ll keep trying our best to keep you in the know about all the really cool stuff going on in the area — which includes all the great stuff listed below.

Talib Kweli at Trees
The Brooklyn rapper is known not only for the hot fire beats that accompany his tracks but also by the meaningful lyrics that have led him to being an outspoken artist about everything from race, politics and the general state of being. Kweli’s music is perhaps more relevant than ever today. And lucky for us, he’s in town while on the Radio Silence Tour.

Talib Kweli Record Signing at Spinster Records
And before the hip-hop icon takes the stage at Trees, he’ll be signing records on Davis Street from 5-7:30 p.m.

Jeezy at House of Blues
Atlanta rapper  Jeezy is the one to credit – or, perhaps, blame – for the trap movement that spawned acts like Migos and Rae Sremmurd. So, um, if you fuck with that, let ‘em know he’s putting on for his city tonight in ours. — Cory Graves

Gus Dapperton at Deep Ellum Art Company
Dapperton is very much in the new breed of artists who are bending and breaking the rules. He weaves in and out from being just a rising pop star to a burgeoning fashion trendsetter. Still, tonight, the New York-state native is in town to perform the addictive pop tracks that have put him on the map. Local pop outfit Luna Luna opens.

Between The Buried and Me at Canton Hall
The progressive metal band out of North Carolina is in for a busy 2018. Just a few days ago, Between The Buried And Me put out concept album Automata I, the first half of its latest project. This album is a story about a protagonist whose dreams are broadcast to the public by an evil corporation. The second half of the album is scheduled for release this summer. For now, Big D gets the privilege of being one of the first stops on the tour in support of the first album.  The Dear Hunter and Leprous open the show.

Sylvan Esso at The Bomb Factory
The electropop duo returned to the music scene with the 2017 release of What Now, an album that is basically a critique of commercialized pop music. Of course, it’s also an exploration of  what comes next for the band, as the title of the album openly ponders. So what now is next for Sylvan Esso? We don’t know. All we know is they’re playing this sweet gig tonight. Suzi Analogue opens.

Pale Waves at Club Dada
Following a successful run in 2017 with the release of four singles that launched them into the conversation about fresh pop, the band out of Manchester, England started 2018 off with the release of the All Things I Never Said EP, a string of new tracks that shows the band’s ability to reach depths beyond mere danceability. Show up ready to be moved both physically and emotionally as singer Heather Baron-Gracie gives you all the feels. Inheaven opens.

SmackDown Live at American Airlines Center
And leg two of the WWE’s two-day stop in Dallas closes off with the SmackDown Live side of things continuing its build-up to WrestleMania. AJ Styles and Shinsuke Nakamura will surely have a face-off and — of course — we have to know what’s going to happen with Sami Zayn, Kevin Owens and Shane McMahon.