Forechecking: The Stars Are In Big Trouble. 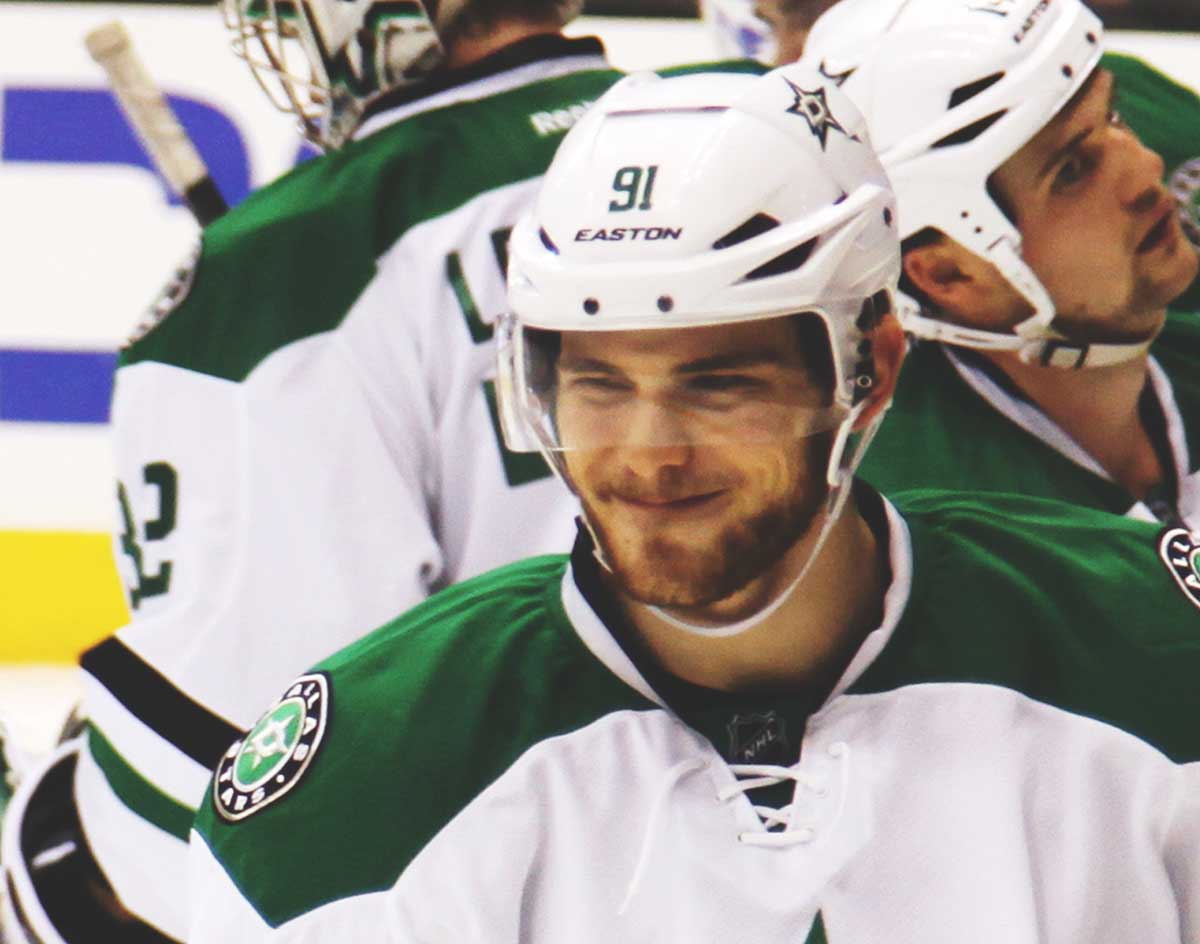 After Failing To Get A Win In Their Canadian Swing, We’re Starting To Wonder If The Dallas Stars Changed Their Uniform Color To Moral Victory Green™.

Without a single Victory Green™ this week, Dallas is now officially on the outside looking in when it comes to the Western Conference playoffs. Would you believe that, at the start of the week, the team had a 73 percent chance of making the dance? Well, now they’re down to a mere 31 percent. And, worse, they’ll have to do it without the services of injured netminder Ben Bishop, who is likely unavailable for the rest of the regular season.

Is all lost? Well, let’s put it this way: In the Stars’ seven most recent road losses, Dallas has been within a goal or tied in every single third period.

I never thought of it that way.

• Darkness Music at Montreal Canadiens, 2-4.
In this must-win game, Dallas was unable to defeat professional sieve Antti Niemi and the awful and injured Montreal Canadiens. What happened? Careless stick penalties put Montreal on the power play too often as the usually excellent Stars penalty kill collapsed for three goals against. After taking the lead from a Radek Faksa deflection, the Stars bent and broke under an honestly underwhelming Canadien effort. Niemi somehow put on a clinic in net as the former Star shut the door, most notably in the final minutes of the game, where Dallas held a six-on-three man advantage. Yes, the Stars spent significant time with three extra skaters on the ice and were still unable to score against their former backup netminder. What an embarrassing and frustrating loss — and one not helped by the fact that defender Marc Methot left the game with a hand injury.

• Loser Point at Toronto Maple Leafs, 5-6 (SO).
In this must-win game, Dallas was able to overcome a quick two-goal deficit to take a two-goal lead of their own in the second before collapsing and eventually losing the contest in a shootout. What happened this time? After trailing by two in the first, Dallas responded with, dare we say, passion. In the first time in over a week, the Stars looked to engage the opposition and win one-on-one puck battles, and it was amazing to see what can happen when a team skates at least as fast their counterpart and actually completes passes, let me tell ya. Tyler Seguin and Remi Ellie gave the Stars a two-goal lead in the middle frame that fans were hoping Dallas could milk for a period, allowing them to saunter out of Toronto with the Victory Green™ . But, alas, no. Having played the night before, the fatigue started to set in as the Leafs took advantage of their opportunities on a lackluster night from Kari Lehtonen in net. James van Riemsdyk completed his hat trick in the third to tie the contest before an ultra-rare Brett Ritchie tally gave the Stars yet another short-lived lead. But then former Shark Patrick Marleau sent the game to OT, and to the eventual shootout, where the Maple Leafs won.

• Loser Point at Ottawa Senators, 2-3 (OT).
Another non-playoff team, another loss for your Dallas Stars. Somehow, Ben Bishop returned to the crease here for his first game back since his knee injury. But he was outplayed by Craig Anderson of the Sens. On the pls side, Jamie Benn notched two assists as the Tylers on the team scored the Stars’ only goals, with Pitlick’s coming in the waning moments in the third to tie the game. But, again, the Stars found a way to lose in the overtime. Isn’t hockey fun?

• Darkness Music at Winnipeg Jets, 2-4.
‘Member when the Winnipeg Jets were the Atlanta Thrashers and were awful? Yeah, those were the days. These days, we get to instead watch Dallas drop game after game to the Jets. Teen sensation Patrik Laine scored nearly half the team’s offense in this one and just continues to terrorize the Stars. His goal with .4 seconds left in the first gives him 14 goals in eight career games against the bois in Moral Victory Green™. Damn. Dallas did, however, respond well and, in fact, played some of their fiercest hockey of the month with their backs against the wall. Jamie Benn’s gorgeous wrister that tickled the twine gave him four goals in the last six games. Really, it it weren’t for an ill-advised penalty in the first, he played like the captain we all remember in this one. Too bad it was in a loss.

We might just go ahead and rename the NHL Hitz Pro Player of the Week award to the Tyler Seguin of the Week award. Seems like we’re just constantly gushing over Tyler’s work ethic and defensive improvements these last few weeks, but he just continues to provide consistent offense — even as his teammates production have fallen off a cliff. Now closing in on 40 goals on the season, he’s already eclipsed his career high of 37 and is logging over 20 minutes of ice time a night — highest among forwards and well above his own career average. Unsurprisingly, his block total is far above any previous season too, in large part due to his usage on the penalty kill for the first time. He also boasts over 715 faceoff wins this year. How’d he do the last two seasons there? 407 and 401 respectively. Ouch. Guess that’s what happens when you play your team’s best center at center!

Cover photo of Kari Lehtonen by Lisa Gansky via WikiCommons.