The Dallasite’s Guide To An Authentic Night Out In Fort Worth. 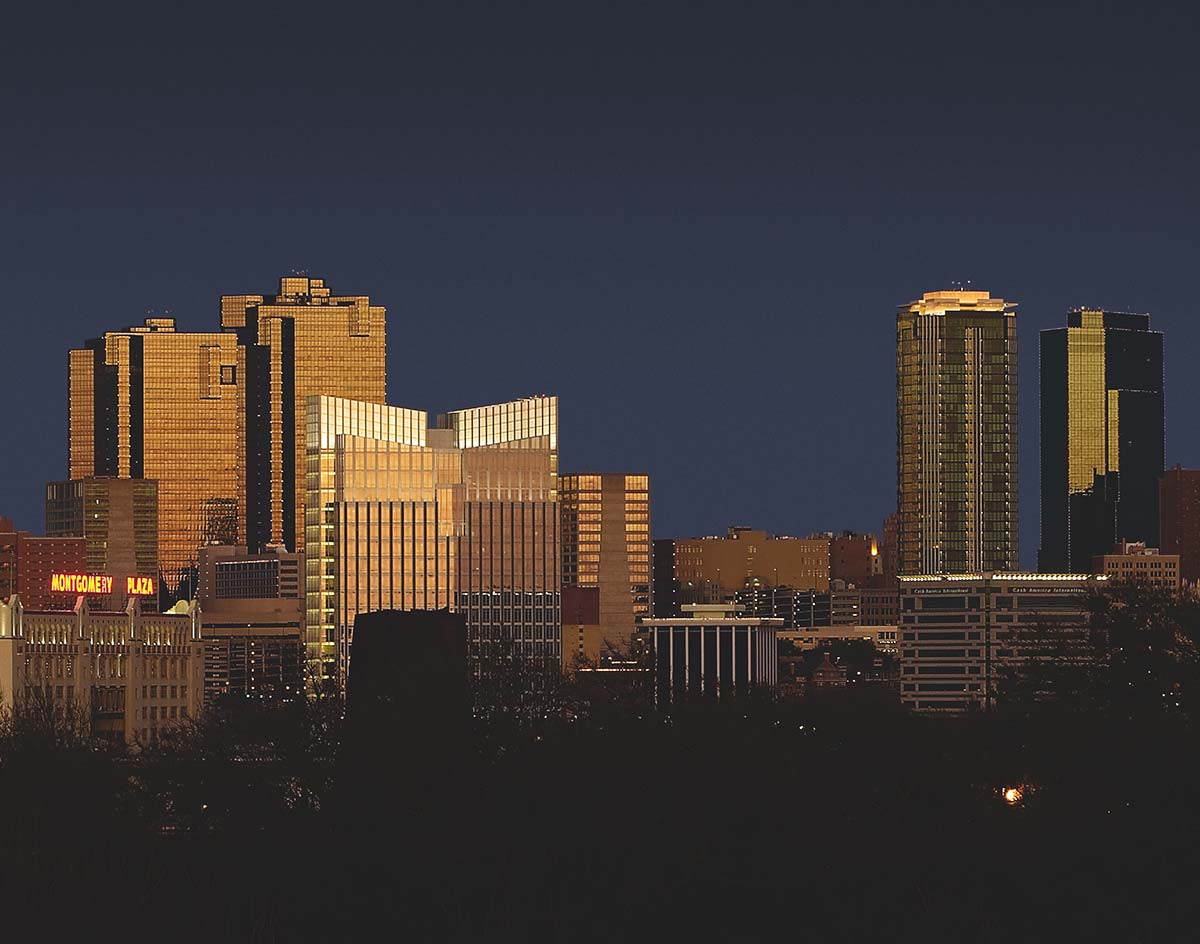 Starting To Tire Of All That Dallas Has To Offer? Take A Break From Your Regular Routine And Check Out All The Exciting And Exotic Options In Fort Worth.

Far too often, we Dallasites are content to stick close to home.

[Insert that long-tired joke about getting nosebleeds whenever we head north of I-635 here.]

It’s true, though! Beyond mountains and oceans, just about anything you could possibly want can be found right here within Dallas’ city limits.

Still, to pretend that the other corners of North Texas’ Golden Triangle don’t exist is to do them — and yourself, frankly — a pretty massive disservice. After all, there’s a great big world to explore out there for those that dare make the daunting, 41-mile trek west from Dallas to Fort Worth.

Really, you should try it every once in a while! There are loads of great new bars and restaurants out in The Fort that are totally Worth the haul. (Get it?!?!)

So let’s take a look at the some of our favorite Fort Worth spots, yeah? With the below list of spots as the guide for your next venture out to Where the West Begins™, you’ll feel right at home in this foreign city — we promise.

Breadwinners Café.
1612 South University Drive.
The best days in Funky Town typically all start at this award-winning brunch spot. Here, they start their chicken and waffles on a bed of jalapeno bacon cheddar waffles, which are then topped with crispy fried chicken, cream gravy, hot sauce and syrup. And if that doesn’t 86 your hangover? Why, a little hair of the dog via their famous frozen mimosas will do the trick.

Velvet Taco.
2700 West 7th Street.
If you’re not a total stickler over the so-called authenticity of your tacos, this spot has all kinds of off-the-wall options to whet your appetite. Really: They’ll throw just about anything into the tortillas here — including falafels, raw fish, Nashville hot tofu and Indian-inspired spicy tikka chicken. Pro tip: If you knock on the back door of the restaurant with a $20 bill in hand, they’ll bring you a rotisserie chicken, two sides of elotes, six tortillas, pico and hot sauce! Oh, and it’s all half-priced on Mondays.

JFK Tribute.
916 Main Street.
Like every good American, when we think of the 35th president of these United States, one of the first things that comes to mind is the city where he spent his last morning on this planet — a visit commemorated by this eight-foot-tall bronze statue that’s flanked by three large photographs and a handful of Kennedy’s most presidential quotes.

East Hampton Sandwich Co.
1605 South University Drive.
I’ve heard there’s a whole giant selection of perfectly-prepared, scratch-made sandwiches here, but I wouldn’t know! For me, the menu starts and ends with its lobster roll. Honestly, this offering is so good, you might want to just go ahead and order two at the counter — one for now and another for the long car ride back to Dallas.

Off the Record.
721 West Magnolia Avenue.
For something really novel, head to this combination cocktail bar and record store. Hit it late enough, and you can catch some of the area’s top DJs spinning as you sip on French 75s and flip through the latest vinyl releases. You can even put the music on your bar tab. How convenient!

Cane Rosso.
815 West Magnolia Avenue.
This Near Southside original serves up pizza like no other joint in North Texas. Nobody else does the truly authentic floppy Italian pizzas these guys are capable of, folks! Owner Jay Jerrier even trained with Master Pizzaiolos at the Associazone Verace Pizza Napoletana, “an organization that promotes and protects the true craft of Neapolitan style pizza.” Even for Dallasites, the extra 45-minute drive is totally worth it.

Twilite Lounge.
212 Lipscomb Street.
It’s a bit of a drive from Dallas, but the frozen Irish coffees are alone worth the trip. Plus, hey, a trip to Fort Worth is way easier than a trek all the way to New Orleans, which is where you’d otherwise have to go to find this kind of upscale dive. Other selling points here include Good Luck Karaoke every Wednesday and live music every weekend. Plus, it’s in this really cool, up-and-coming neighborhood that you’re likely to barely even recognize just a few years from now.

Fort Worth cover photo via WikiCommons.