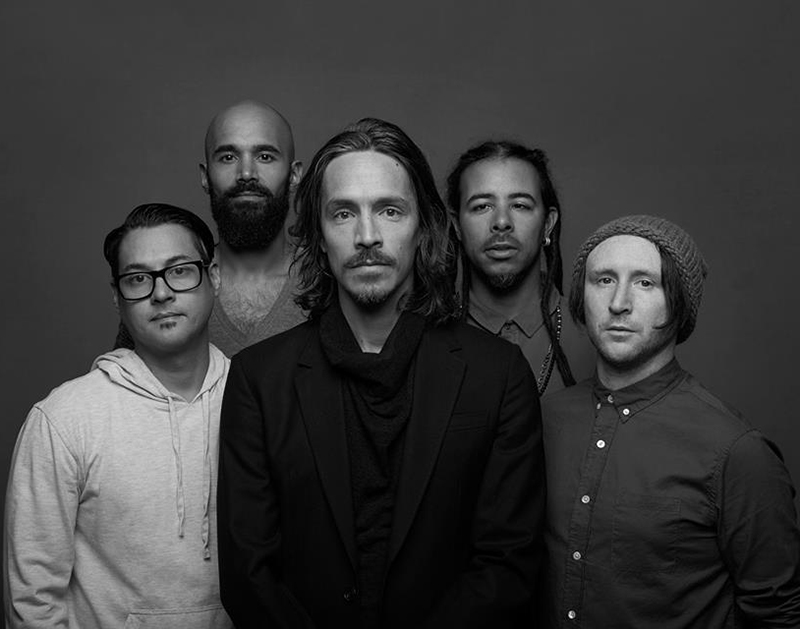 See Whatever Tomorrow Brings With Incubus, Enjoy A Burlesque Performance Of “Grease” At Viva’s Lounge And So Much More To Do This Week.

It’s someone’s birthday at work and there’s a cake in the break room. “Great,” you think. “Free cake!”

But, my friend, that cake comes at a price and I’m not talking about calories. Turns out Janet from accounting made a wish and blew out some candles on that cake, thereby increasing the bacteria on that innocent birthday cake by 1,400 percent.

If that factoid took away one of the few joys that your job has to offer, maybe you can blow off some steam with one of these events instead. It’ll no doubt be more therapeutic than some breathed-on pastry.

James Taylor at The Star Frisco
You’ve got a friend, and he’s in town to perform a huge concert.

Fossil Youth, Heavy Hearts, Sleep In at Dirty 30
A trio of indie rockers, back to back to back.

New Math Mondays with IAmYu at Off The Record
Avant-garde soundscapes to get lost in.

On The Air at The Nines
I want my MTV.

Fran Lebowitz at AT&T Performing Arts Center
One of the greatest minds in America today on stage.

School of Rock All Stars at Club Dada
See the next guitar gods and goddess before they become rock legends.

The Bodyguard at Bass Performance Hall
As tempted as you might be to sing along with “I Will Always Love You,” don’t. You can’t hit those notes. I know you think you can. You can’t.

Seattle Mariners vs. Texas Rangers at Globe Life Park
Take me out to the ball game.

Unforgiven 25th Anniversary Screening at Magnolia Theatre
It’s a hell of a thing, killin’ a man.

Trivia With Geeks Who Drink at The Whistling Pig Neighborhood Pub
Show off all of your obnoxious know-how in the right setting for once.

Shockwaves at The Nines
An aptly named punk act that’ll burst your eardrums.

Cole Risner at Sundown at Granada
Texas country and Americana.

Show & Tell: Singer Songwriter Showcase at The Prophet Bar
Artists bring something they’re proud of to put on stage.

Turn It Around: The Story of East Bay Punk at Texas Theatre
A documentary exploration of Northern California’s role in the music and politics of punk rock.

The Low Down at The Nines>
Electronic soundscapes and mean beats from a number of DJ wizards.

Scary Cherry & the Bang Bangs, The Guillotines, Mean Motor Scooter, Cruella at Three Links
Come get you some.

Look and See: A Portrait of Wendell Berry at The Texas Theatre
Dive into the mind of the American novelist, poet and all of the above during the age of big agriculture.

A Ghost Story at The Texas Theatre
Boo.

Mine Spiders, Nervous Curtains, Born Snapped at Dan’s Silverleaf
A selection of punk and garage rock for your listening pleasure.

War on the Catwalk at the House of Blues Dallas
A drag queen tournament that includes contestants from RuPaul’s Drag Race on VH-1.

Road House in 35mm at The Texas Theatre
All the roundhouse kicks you’d ever need in glorious, rich 35mm.

John Mayer at the American Airlines Center
If you’re the kind of person who is not grossed out by the phrase “Your Body is a Wonderland,” this is the artist for you.

Sharam at It’ll Do Club
Techno all the way out of DC.

Outcry Festival at The Bomb Factory
For the godly types that want their bands not to be even remotely satanic or decadent, if you can imagine such a thing.

Incubus at Starplex Pavilion
Wish you were here.

Primus at Southside Ballroom
Slap bass that can slap your face straight off.

Back to School Mimosa Walk at Bishop Arts>
Drinking is an excellent way to prepare for the school year.

Blame the Comic at Hyenas Dallas
Blame is comic from Houston whose very name is a joke.

First Sunday at Sons of Hermann Hall
Reach out and learn about what’s going on in your community.