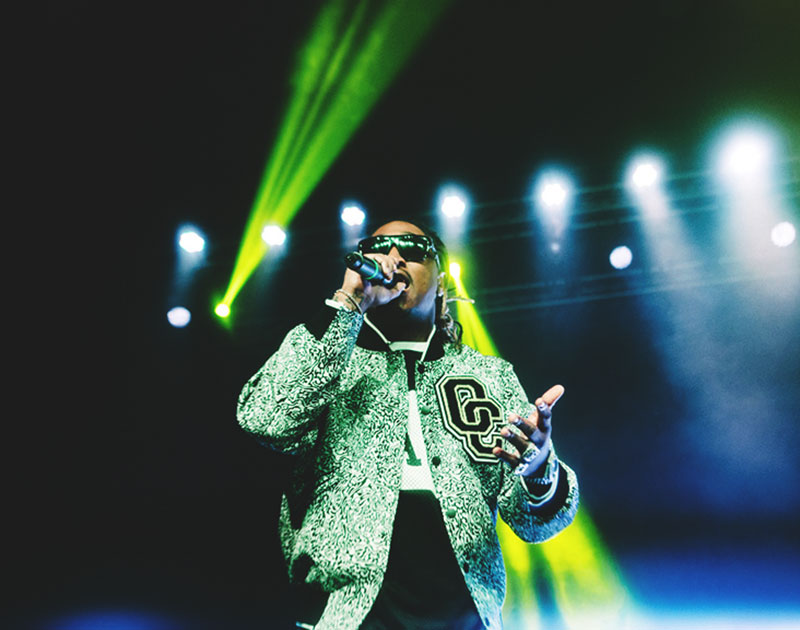 Take Your Mask Off With Future, Run To The Hills With Iron Maiden, Cool Down With Jermaine Dupri, Raise Funds For Planned Parenthood And So Much More!

It’s hot here in North Texas. But let’s count ourselves lucky that we aren’t grounded in Arizona, where it’s too hot to fly a plane and water is coming out of the tap hot thanks to a record-setting heat wave.

Unfortunately, Arizonans may not be alone for long — because, as it turns out, as many as 74 percent of people around the world could experience routine extreme heat events by the year 2100.

While most of us probably won’t be around for that, it’s still important to take advantage of livable climates while they still exist on this planet. May we suggest doing so at one of the following events this weekend? — Alex Copeland

Friends With Benefit: A TEA Fund + Planned Parenthood Fundraiser at Double Wide
Join the Double Wide as they host this Friends With Benefit in support of Planned Parenthood. There’s going to be live music from Echo & The Bunnymen tribute band Happy Death Men, a silent auction of works from local artists and a raffle featuring prizes provided by local businesses. — Pauline Esguerra

ANS at Club Dada
ANS is ready to bring the thrash back. Body Pressure, Criaturas, and Obstruction also perform. — PE

Lucky Peterson at Granada Theater
It’s been said that musicians don’t retire, they  just stop whenever they lose the music in them. For underappreciated Dallas blues gem Lucky Peterson, he’s going on 52 years of the music still being in him. — PE

Zepparella at Trees
An all-female, four-piece Led Zeppelin tribute band. You can say they bought the stairway to Zeppelin’s heaven. — PE

Social Science: Patterns at Perot Museum
This night of Social Science will discuss patterns in nature, fashion and architecture. You’ll also learn how to examine ancient patterns to unlock a new set of information you probably haven’t discovered about the ground you are on today. Cocktails and hors d’oeuvres will be offered through the exciting night of everything science. 21 and up. — PE

Tiger Army at Gas Monkey Bar N’ Grill
The Psychobilly band hits Dallas as they kick off their tour with Indiana-based indie band Murder by Death, which features a member from Dallas’ ‘burbs. — PE

The Best of John Williams at The Meyerson Symphony Center
All weekend long, the Dallas Symphpny Orchestra takes on the music of the guy behind all of your favorite movie scores, from Star Wars and Jurassic Park to Jaws and Superman. — Pete Freedman

Parker McCollum at Billy Bob’s
This Americana artist is taking his show on the road in celebration of his new album, The Limestone Kid. — PE

Boy Band Video Dance Party at Alamo Drafthouse Cedars
The boys are back on the screen at the Drafthouse. Sing along with your favorite boy bands of the ’90s and early 2000s. — PE

Dallas Tattoo Expo at Fair Park
Get inked all weekend long as tattoo artists from lands far and wide descend upon Dallas. — PF

Jerry Seinfeld at WinStar (Sold Out)
Much like the chocolate babka, this show is sold out. — AC

Dirk Nowitzki’s Heroes Celebrity Baseball Game at Dr Pepper Ballpark
Watch the Big German and a collection of his famous non-baseball-playing friends try their best at the ol’ ballgame in this annual charity event. — PF

Luau at Lola’s TP
Can’t take a summer vacation to a far-off and tropical location? Lola’s Trailer Park has you covered. Themed cocktails and luau-style cuisine are on the menu, including a roasted pig. — AC

The Nixons at Trees
Touring for the first time in more than 15 years, The Nixons are swinging down from their native Oklahoma to Deep Ellum as they promote their new single, “Song of the Year.” — AC

Addison Summer Series at Beckert Park
Each Tuesday night this summer, enjoy free live music at Beckert Park in Addison. This series kicks off with BJ Stricker & the Kings of State St. — AC

Mickey Gilley at Arlington Music Hall
Gilley is a legendary crossover country musician who topped both country and pop charts time and again in the ‘70s and ‘80s with hits such as “Room Full of Roses” and his cover of “Stand by Me.” — AC

Bullitt at Alamo Drafthouse Cedars
The quintessential car movie featuring one of the most influential and bad-ass chase scenes of all time. Plus, hey, it’s Steve McQueen just oozing cool. — AC

Men at Crowd Work at Dallas Comedy House
Local Dallas comedians will take the stage without any prepared material. Go easy on them. — OM

Bobaddiction Deep Ellum Grand Opening
Bobaddiction is opening up its first brick-and-mortar location after five years of cruising the streets of Dallas. They’ll also be giving away Bobaddiction gear throughout the day as well as coupons for future use. — OM

Two-Year Anniversary at 3 Nations Brewing
The perfect Sunday Funday activity. Check out 11 beers on tap, food from Ferrari’s Italian Villa and games for the kids ensures there is something for everyone. —BL

Big Pride in Denton at Oak St. Drafthouse
Join the Oak Street Drafthouse family as they celebrate Pride Month. A portion of sales from custom printed shirts, food and brews will go to a variety of local non-profits. — BL

Silence at Texas Theatre
This free screening of the Martin Scorsese masterpiece is sponsored by Art+Sprint and PCPC. — BL

Kaizen & Cocktails at Parliament
The Uchi Dallas Culinary Team will be taking over Parliament from 6-10 p.m. Dishes will be paired with Japanese craft cocktails to the joy of any local foodie’s Instagram feed. All proceeds will benefit Promise of Peace Gardens. — BL

Black Marble at Three Links
Heavy bass, loads of synthesizers, gloomy vocals. This Chris Stewart-fronted project is back after a years-long hiatus. It’s the happy-sad dance party you’re sure to love. — BL

Warrant and Dokken at Lava Cantina
These 80’s glam rock superstars are back… maybe without the fluffy hair. But you can still sing your heart out to “Cherry Pie.” You know you want to. — BL

SoSoSUMMERTOUR17 at Fair Park at Music Hall
Jermaine Dupri is helping Dallas cool down with the SoSoSUMMER17. The lineup varies by city, but Dupri, Miss Mulatto and some of the biggest up-and-comers in the rap game today will feature. — BL

Yims Foods Pop-Up at The Libertine Bar
Come join Yims Foods for this brunch special featuring Bloody Marys and all the pickled classics Yims Foods is known for. — BL

Breathe Carolina at Sisu Uptown
Get here early and dance away Sunday afternoon to the tunes of this Colorado-based electronica duo. — OM