What You Need To Know About New Mav Dennis Smith Jr. 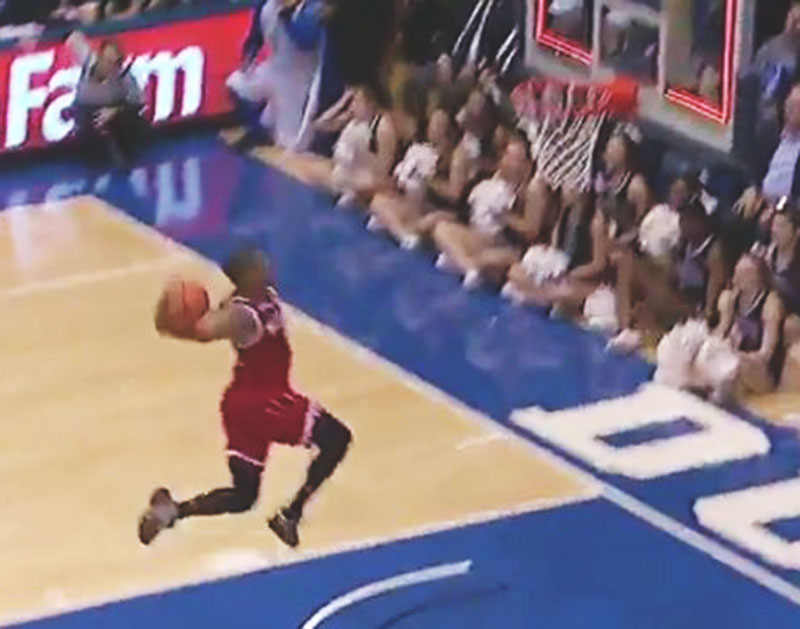 With The No. 9 Pick In The NBA Draft, The Dallas Mavericks Selected A Confident, Talented Point Guard Who’s Friends With Rapper J. Cole.

Earlier this week, Dallas Mavericks owner announced that he wanted his team to find itself a pass-first point guard during this offseason. At tonight’s NBA Draft, however, his team drafted itself a point guard who can do a whole lot more than just dish the rock.

Here’s what you need to know about Dallas’ selection with the No. 9 overall pick in the draft, Dennis Smith Jr., a 6’3″ freshman point guard out of North Carolina State.

• In one season of college ball, Smith’s numbers were pretty damn impressive. His per-game averages? 18.1 points, 4.6 boards and 6.2 assist, on 45.5 percent shooting from the field and 35.9 percent from three.

• He tore his ACL in high school, then graduated early from high school so he could enroll well before playing at NC State and rehab with the medical staff there. That move proved a smart one: Smith quickly recovered after having surgery, and claimed he was dunking basketballs within two months of the operation.

• Though the leading scorer for NC State last year, the team didn’t exactly have a great year. The Wolfpack went 15-17 on the season and just 4-14 in Atlantic Coast Conference play. But the team did score at least one big win under Smith’s leadership, upsetting Duke during a game at Cameron Indoor Stadium — one that was punctuated by a dunk that came just after the buzzer rang out to signal the end of the game. Still, it was one hell of a dunk:

• He grew up around the game. His dad and namesake runs Team Loaded, a premiere AAU organization that Smith played for while in high school.

• He compares his style of play to that of Derrick Rose and Russell Westbrook. “I would believe that’s a fair assessment,” he told his hometown paper, the Charlotte News & Observer, in a profile earlier this week. “I believe I’m one of the more athletic guys. Russell Westbrook is also the same, obviously at a higher level but I believe it’s a fair assessment. I put in the work so I’m deserving of the credit.” In the same profile, he said his immediate NBA goal is to be named the 2017-2018 Rookie of the Year. So, no, he’s not exactly lacking confidence. In his defense, he’s a walking highlight reel. Check out this mixtape compilation of his top plays from last year at NC State:

• He’s friends with his fellow Fayetteville, North Carolina, native, rapper J. Cole. The two played basketball together the day after they first met. You can learn more about their friendship in this Bleacher Report video about their relationship. Anyway, it’s probably a safe bet that we’ll see Cole on the sidelines for at least a few Mavericks games this year.

Here’s looking forward to watching Smith’s NBA career blossom as a member of the Dallas Mavericks.