Things To Do On Monday, November 14. 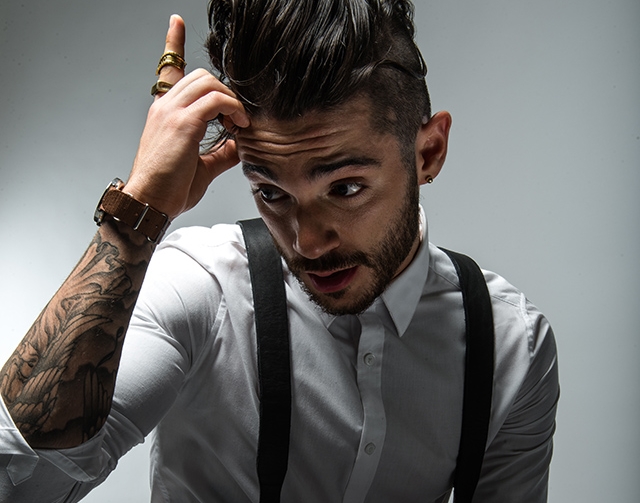 Wake The Fuck Up.

To everyone that still hasn’t accepted the fact that “that guy that said all those things for the last 18 months” is going to be our next president, read this and know that everything is going to be OK.

As that voice of reason so eloquently states, “If we want to make the best of this, we need to ask a question: Why did those 50 million people vote for Trump? Trying to get to the bottom of that question will help us learn from the past and get better. And remember—this is hardly the first time half of America has been apoplectic about the lunatic they just elected as their president. And we’ve always survived. And we will here too.”

But if it’s the fact that today is Monday that’s bothering you most, you should know that today is going to be OK, too. Fuck your “case of the Mondays,” because today is great already. — Cory Graves

Jon Bellion at House of Blues (Sold Out)
The Long Island rapper’s latest album The Human Condition debuted at No. 5 back in July, so if you’re one of the lucky ones holding a ticket to this sold-out performance, don’t forget to stop by. — Obed Manuel

Jucifer at Lola’s Saloon
While the duo gears up for its next full-length, the self-professed pioneers of sludge/doom/death metal bring their deafening wall of amps to Fort Worth. — OM

School of Bourbon at The Venue at 400 North Ervay
Go learn what foods like cheese, roasted nuts and chocolate pair best with Woodford Reserve – because hitting the bottle is way better than hitting the books. — OM

$uicedboy$ at The Prophet Bar
The ever-busy New Orleans death rap collective – not the tattooed and naked emo boy models – spit it in Deep Ellum. — CG

NTX Beer Week Trailblazers Panel at Lakewood Brewing Co.
Before the craft boom exploded some 50 new breweries all over the NTX, there were, for many years, just a small handful of little brewers that could. Lakewood remembers its roots, bringing together owners/founders/brewmasters from Rahr, Franconia, Community, Humperdinks, Flying Saucer, Taps and Caps and the author of the Beer in Big D blog for a panel discussion. — CG

Direct Hit, Tenement, Kira Jari at Three Links
Pop punk’s come back in a major way in 2016, with acts like Blink-182, Green Day, NOFX, the Descendents and Sum 41 all putting out pretty great records in recent months (OK, minus that shitty new Green Day one). And acts like Milwaukee’s Direct Hit are keeping that fire alive as well. — CG

Boschell Lecture: Indiana Jones in Space at Dallas Museum of Art
Imagine if Indiana Jones had a satellite to find the Temple of Doom. Well, it’s not quite that, but Dr. Sarah Parcak and her team have discovered thousands of lost settlements and tombs using satellite technology and they’ll be discussing what they’ve learned. Maybe leave the lasso at home, though. — OM

Women of Craft Beer Symposium at BrainDead Brewing
Bites, samples and discussions led by a handful of badass local gals that have successfully managed to crack their way into the boys’ club that is the craft beer world. Awesome. — CG