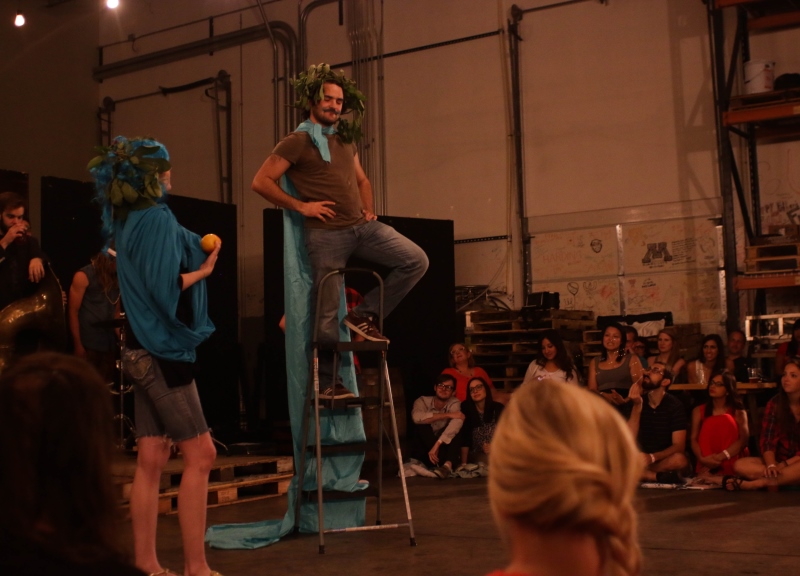 How Shakespeare In The Bar Became The Hottest Theater Ticket In Town.

Shakespeare in the Bar is quickly becoming one of Dallas’ most sought-after tickets — as it should, really. The basic premise is pretty rad, after all: You go to a bar, you watch a Shakespeare play performed live and, the whole time, you drink and be merry.

It’s a simple but brilliant play on the long-running Shakespeare in the Park concept. So how did this whole thing get started?

The Shakespeare in the Bar idea stemmed from the minds of Katherine Bourne and Dylan Key, who met while working at the Undermain Theatre in Deep Ellum a couple summers ago, then each later spent a summer doing some intensive theater work outside of Dallas (Dylan was at the SITI in New York, working with Anne Bogart; Katherine was at the Steppenwolf Theatre in Chicago). While at their respective out-of-town gigs, the two kept in touch and agreed that they wanted to bring something exciting back to Dallas. 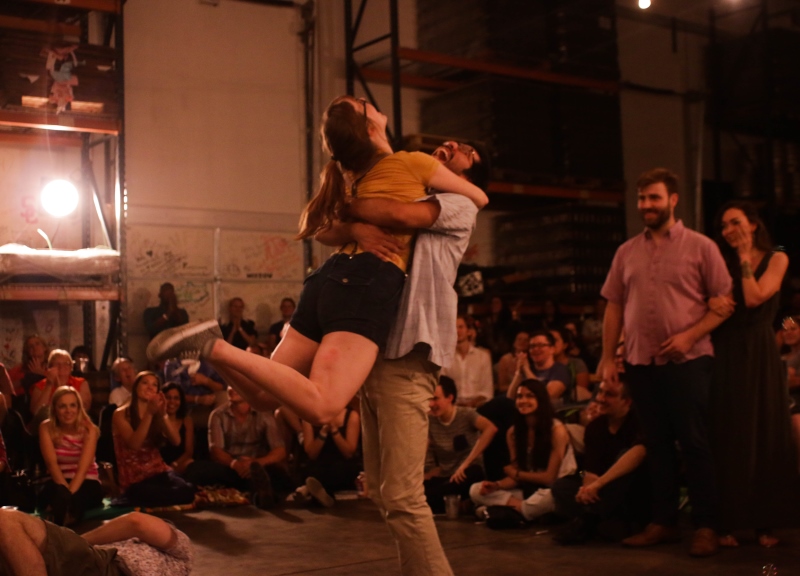 Bourne was further inspired by a bar-set production she’d seen by Chicago’s The Back Room of Shakespeare’s Much Ado About Nothing. What she saw was a barely rehearsed showcase that resonated mostly part because it took a theatrical showcase off of the stage. Immediately, something clicked.

“Oh,” she recalls thinking at the time, “we could definitely do something like this in Dallas.”

And so, upon their returns to town, Bourne and Key grabbed a couple of their actor friends, held a couple rehearsals, then talked The Wild Detectives into letting their group perform in that Bishop Arts space’s backyard — and, boom, Shakespeare in the Bar was born. 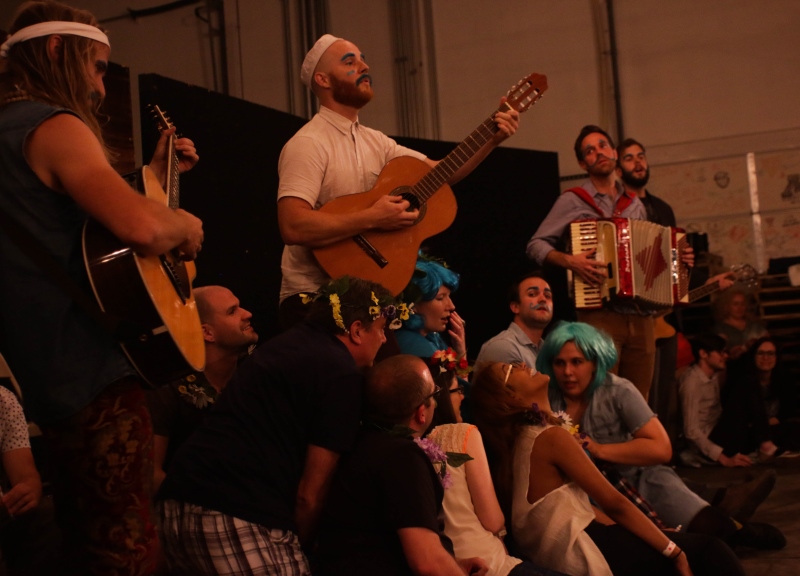 Currently, Shakespeare in the Bar is on its fifth production. After four performances of comedies, the troupe has now moved onto its first tragedy, Richard III. It’s a bold choice, considering how comedies tend to be crowd pleasers. So why the jump to a tragedy?

“Richard is just such a joyful villain,” Bourne says with a laugh.

Also, Key says it’s a matter, too, of the actors fitting the bill: “We’ve been holding on to Richard III for a while, and luckily, the actor who we wanted to play Richard was available.”

Beyond that, most everything else is left up in the air, which brings an element of unpredictability element to the show.

“The past three shows, we haven’t had the entire company together until the night of the first performance,” Bourne says. “We usually will have a very informal get together to read through the show first, two more read through rehearsals on our feet, and one blocking rehearsal the night before our first show where Dylan basically tells the actors their entrances. The rest is up to them and their character choices.”

To some this might seem haphazard. But for a regular theatergoer or veteran performer, it can be the the most exciting part — a relinquishment to the idea that the best ideas are sometimes birthed from spontaneity instead rehearsal. It’s also what makes every Shakespeare in the Bar performance unique. 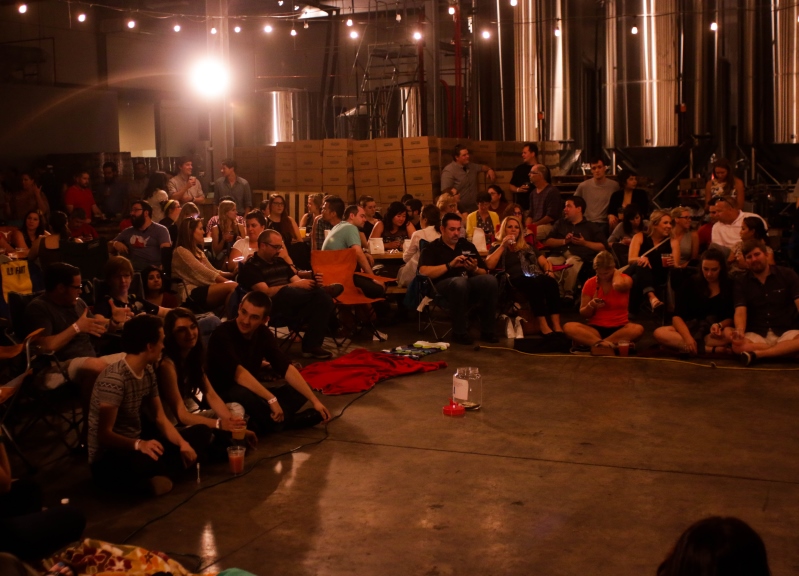 Also adding to the distinct flavor of Shakespeare in the Bar’s offerings is its incorporation of local music into its performances. There’s no set music, though; like the actors, the bands (8th St. Orkestar and Fox & The Bird have each performed to date) each bring their own twist to the shows.

“They just roll with each performance,” Bourne says, “and sometimes they make the scene work when it was falling apart.”

And should that scene indeed fall apart? Well, you can always head to the bar and grab a drink. For every show, Shakespeare in the Bar performs in two different local bars — typically its launchpad at The Wild Detectives, then at one other place.

You can do so in good conscience, too, knowing that the organization also donates at least half of its proceeds to the Literacy Instruction for Texas, which aims to raise the adult literacy rate in Texas by offering classes and instruction to help teach illiterate adults how to read — notable because the Richard III shows, each of which sold out of tickets within seven minutes of going on sale, will mark the first time that Shakespeare in the Bar has charged money for its performance

Still: Never fear, my fellow rapscallions. At 5 p.m. before each show, Shakespeare in the Bar also releases 50 additional $7 tickets, which are made available on a first-come, first-served basis.