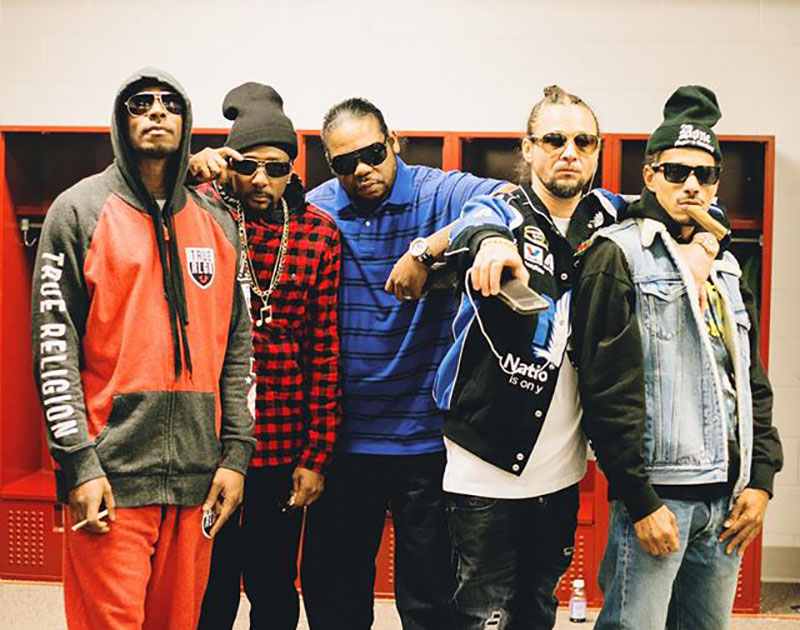 Live The Days Of Our Livez With Bone Thugs-N-Harmony At The Rail Club Travel Alone With Jason Isbell At The Bomb Factory And Cheer The Mavs On To Victory Over Golden State.

So we’ve said goodbye to 2017. Officially. And there’s so much to look forward to this year.

There’s the November midterm elections, the World Cup Finals, a royal wedding and — of course — lots and lots of movies. Among the most anticipated movies are Black Panther, Avengers Infinity War, Solo: A Star Wars Story and The Incredibles 2. No new Star Wars, so the die hards who hated it have a year to cool off.

But if you didn’t keep up with film in 2017 as much as you would have wanted to, then rest easy. Our film critics threw together their top film picks for last year so you’ll know what to watch before the Academy Awards air in March. And stay tuned to our Coming Attractions posts so you don’t lose track of the newest exciting films coming out this year.

But alas, this is barely day one of 2018 and there’s still a way’s to go before those titles drop. And until then, you need things to do, and it just so happens that we’re about as excited as ever to inform you of all the cool shit to do in DFW from week to week, like all the stuff below. Now get out there and start 2018 with your best foot forward.

First Tuesday at the Dallas Museum of Art
Enjoy so much family fun.

Jam Session with RC & The Gritz at The Prophet Bar
Always ready to jam.

Dallas Mavs vs. Golden State Warriors at American Airlines Center
Watch Dirk and Co. teach the super team what real champions are made of.

The Venetian Sailors at The Common Table

Offended By Everything at Curtain Club
With Quiet, Please and Above It All.

’80s Prom at Foundation Room (House of Blues)
Here’s your chance for a prom night do-over.

Jason Isbell And The 400 Unit at The Bomb Factory
With James McMurty.

Caterpillars at Double Wide
With The Idle Kind, Home Above, Ghost Pilots.

Emo Night at RBC
Be sad and have fun.

Goodnight Ned at Armoury D.E.
With Blacksmiths, House of Reveries.

Thin White Dukes at Granada Theater
With The Wildboys.

Sarah Jaffe at Dan’s Silverleaf
First show of two this weekend at Dan’s.

Nerd Fight Strikes Back at Texas Theatre
Talk some shit about The Last Jedi. Dare you to.

Disco Biscuit at Off The Record
With Samma Lone.

The Po’ Up at Drugstore Cowboys
Not your average paint party…

A History of Everything at Margot Jones Theatre
Literally a history of everything. OK, fine. Figurative.