Things To Do In Dallas On Wednesday, August 30. 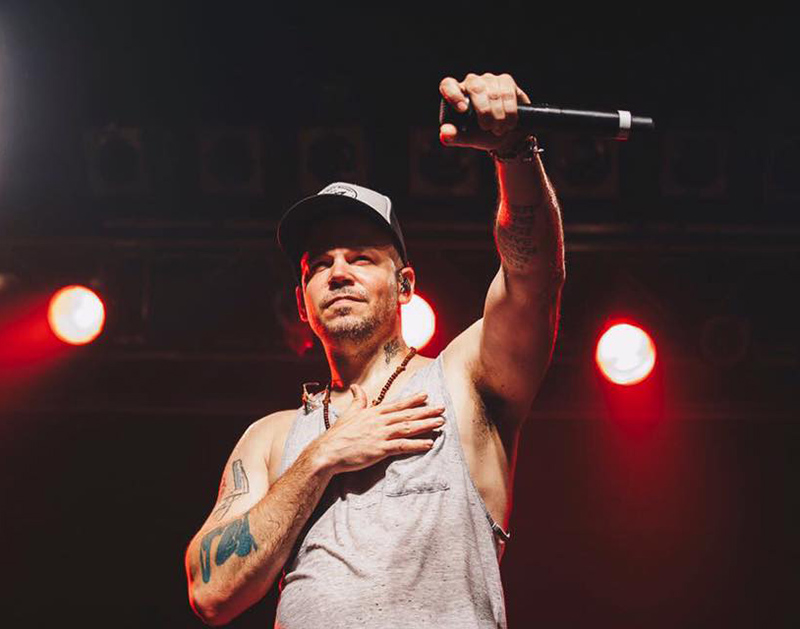 Let Residente Take You On A 10-Country Musical Tour, Shred With Blaze Of Iron Maiden And Bawl With Steel Magnolias At Alamo Drafthouse.

It has been a steady stream of unfortunate news this week as our friends in the Houston area continue to struggle with pouring rains and flooding.

Not to take away from the importance of helping those relief efforts, but here’s a bit of positive news for a change: a local husband and wife duo is working toward the goal of opening a theater that will provide a space for people with special needs and children to have an avenue for creative expression.

So yeah, there’s some cool news and here are some cool events happening today. — Obed Manuel

Harwood Helps Happy Hour at Happiest Hour
Happiest Hour will be accepting donations and all sorts of goods for the people of Houston. Drink specials all night. Come out and support. — OM

Black Moon 35mm at Texas Theatre
Blixaboy and Time will perform after the screening of Black Moon, a film that features a talking unicorn, a gender war and a surreal story that really can’t be explained. It can only be experienced. — OM

Midnight Opera (formerly Siamese) at Double Wide
They might have changed their name, but the glam pop rockers haven’t lost their edge. Midnight Opera’s 2017 album The Mesmerist maintained the groups ominous and dark tunes, so the name change shouldn’t worry fans. — OM

Blaze Bayley (of Iron Maiden) at The Rail Club
Blaze Bayley was the guitarist for Iron Maiden from 1994 to 1999, but he was fired before being able to work on a third album with the iconic band. But he didn’t just keep his ideas for himself. Instead, he took those ideas and produced 2000’s Silicon Messiah, and now he’s working on an album trilogy with 2017’s Endure and Survive being the second installment. So if you’ve ever wanted to hear what Iron Maiden post-millennium would sound like with more Blaze in it, here’s your chance. — OM

Casey Donahew at The Rustic
The Burleson-raised Donahew has been a Texas bar rock staple for going on 13 years now. Even though his band has since become bigger players in the national country scene in recent years, they’ll still drop a song or two about the Fort Worth Stockyards on you. For that matter, you’re likely to hear a countrified version of a classic hip-hop song or two at this one, as well. — Cory Graves


Stu Larsen at Three Links
Stu Larsen is a traveling man. And his 2017 album Resolute shows it, as it was written all over the world. From Scotland to Spain to his native Australia, Larsen produced the 10-track album at every pit stop he took. And now he’s coming to Dallas. Maybe he’ll write a dope song about ol’ Big D if turnout to the show is good… — OM

Residente at The Bomb Factory
Residente used to be the frontman for Puerto Rican rap group La Calle 13. But after taking a genealogy test, he found that he had a genetic makeup comprised of 10 different countries. So what did he do? Well, his latest album features collaborations with 10 artists from each of those countries revealed in the DNA test and it landed the self-titled Residente on Rolling Stone’s best albums of 2017 list.  — OM

Steel Magnolias Movie Party at Alamo Drafthouse Cedars
Now that you’re older and have better insurance, you’ll probably better appreciate this simultaneously v funny and v sad flick. On the plus side, though, Dolly Parton! — CG

Austin Eastciders End of Summer Bash at BackYard On Bell
It’s back to school for university students in the area. And Austin Eastciders is throwing this bash for the cool kids up at UNT and TWU in Denton. — OM

Summer Nights – Swagapalooza at Free Play Richardson
There will probably be tacos and booze at this one. No promises, but hey, even if there won’t be (there will be tacos and booze) at least you can play all your favorite arcade classics for just $10. Free Play will also be giving out some swag-ridden prizes. — OM