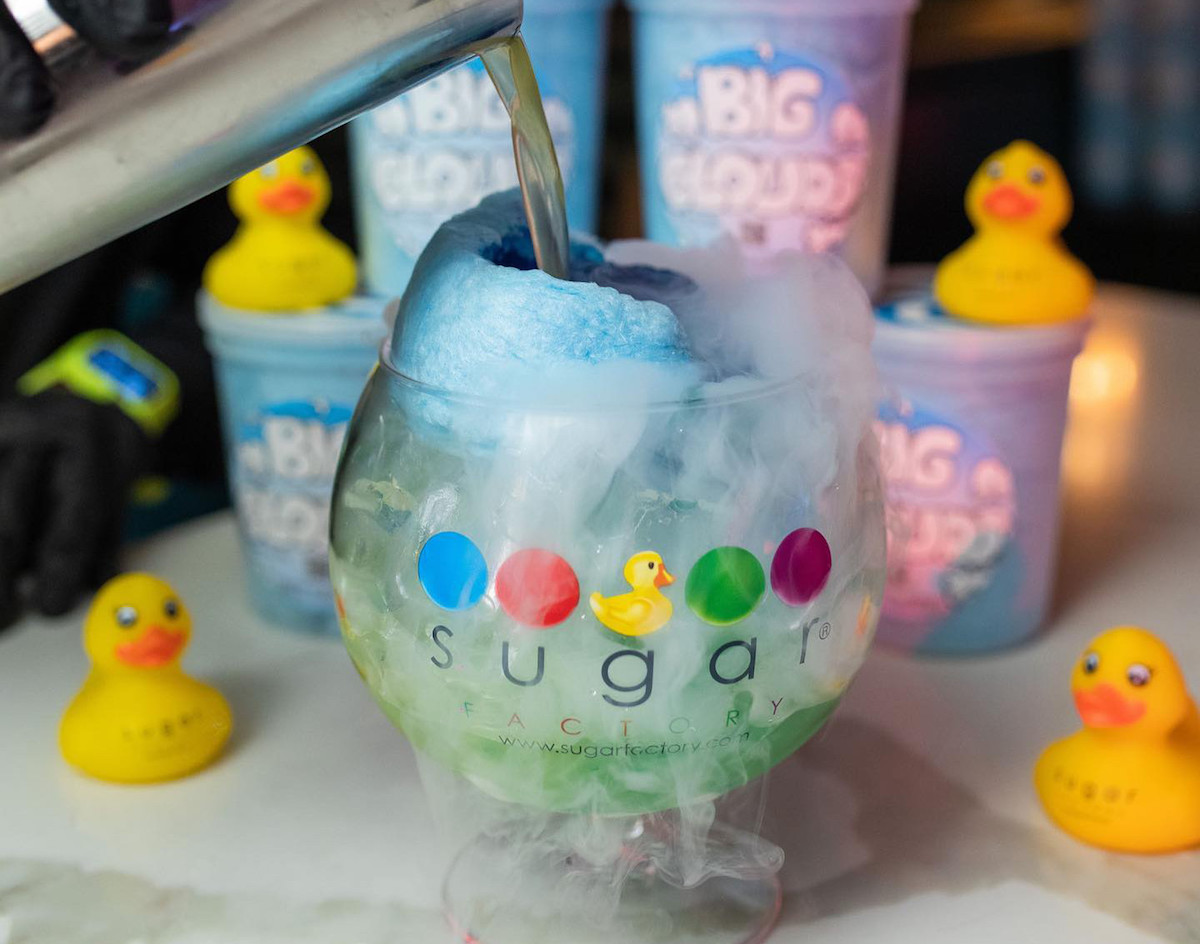 This week’s restaurant news is a mix of bitter and sweet.

Let’s start with the sweet part. Sugar Factory American Brasserie is now open in uptown. Known for its over-the-top desserts, like $19 banana splits and $33 dollar milkshakes, the Vegas-originated brasserie prides itself as an “experience.” Several diners got a taste of the Dallas location last Friday at an opening party DJ’d by Nick Cannon, reports Dallas Morning News. Equally as excessive are their burgers, including their Flaming Hot Cheeto burger and their South Beach burger, a beef patty topped with shrimp, bacon, plantains, crispy onions, chipotle mayo, chimichurri sauce and more.

In less sweet news, Heim Barbecue is closed following a fire that took place this past Sunday. According to Dallas Morning News, the fire was caused by metal flashing, meaning. “the back of the stove got too hot and caused combustible materials to ignite inside a wall in the kitchen.” Thankfully, no one was hurt, and the restaurant will reopen in the near future.

On a more cheerful note, Preston Nguyen, a freshman at Dallas College El Centro Campus’ culinary program, was named the 2021 World Chef Champion at the World Food Championship this past weekend. According to Dallas Observer, the 18-year-old will compete for the title of World Food Champion at the WFC Final Table event to be held in South Carolina later this year. Best of luck, kid! Dallas has your back.

Over in downtown, cocktail and coffee aficionado Michael Mettendorf has opened a new all-day cafe. By day, Parterre offers coffee with beans from Novel Coffee Roasters, according to Dallas Morning News. By night, guests can enjoy a selection of 20 different wines, and craft cocktails designed by La Reunion’s Joe Rodriguez. Mettendorf has no plans to slow down anytime soon. Next year, he will open a new concept in the Design District.

Out in Koreatown, a new steakhouse is allowing guests to be part of the cooking experience. At Nuri Grill, each table comes with an interactive grill, for which servers have been trained to grill meats at the table. Or, if they wish, diners can learn how to grill the meat themselves, according to CultureMap. Diners can choose from two feasts—the Janchi, featuring marinated calbi and Prime ribeye; or the Chookjae, featuring marinated calbi and chateaubriand. Each feast comes with house salad, pink salt with pepper, ssamjang, soft tofu stew, white rice, and ice cream. Sounds like an experience we don’t want to miss!

But if you’re not too big on meats, Golden Chick is testing out new buzzy Beyond Chicken Tenders. The new Beyond tenders come in a pack of four, along with a side, a 30-ounce drink, and a yeast roll, according to CultureMap. The new tenders will be available at four locations in Fort Worth, Irving, Garland/Lavon and Garland Jupiter. This comes just weeks after McDonald’s announced they will test their McPlant burger in Irving and Carrollton. Oh, these fast-food chains—always creating the illusion of eating healthy.

Maybe it’s time for a bittersweet goodbye to meat?