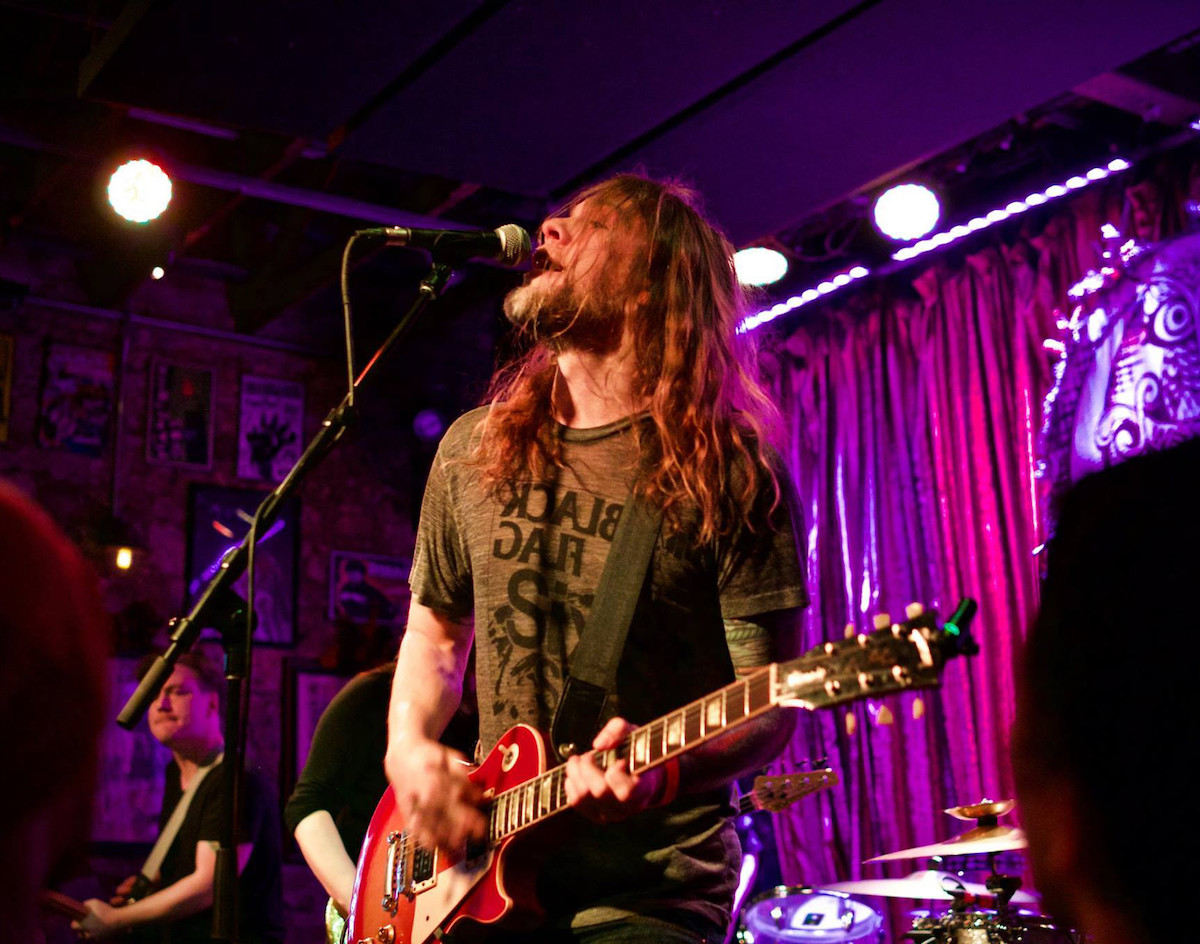 The Red Animal War Frontman Talks New Vinyl Reissues And The Earlier Days Of The Rock Outfit. Plus — A New Record Is On The Horizon.

Last week, local post-hardcore legends Red Animal War made a surprise announcement: all three of their proper albums will be reissued on vinyl in 2022 via Berlin-based label, Thirty Something Records.

Two of them — their 2001 debut Breaking In an Angel and their third, 2004’s Polizida — will make their vinyl debut. All three have brand new artwork exclusively for these releases.

Coming out of the ashes of pop-punk bands based in the Arlington/Grand Prairie area in the late 1990s, Red Animal War had a sound that was comparable to Hot Water Music and Jawbox. Formed by vocalist/guitarist Justin Wilson, bassist Jamie Shipman, and drummer Jeff Wilganoski (second guitarist Matt Pittman joined after their first practice), they sought out being more than a local band. With Brian Pho replacing Shipman, they would share stages with various bands such as Slowride, Doosu and [DARYL] and toured the US and Europe.

Signed to the acclaimed Deep Elm Records — the first record label that embraced the emo tag with their Emo Diaries compilation series — they released two albums and a split EP on the label before releasing Polizida on the local label, Ice Planet.

After Polizida’s release, the band went inactive, occasionally reunited for shows over the years, but never officially broke up or reunited for very long.

We spoke with Justin Wilsonv– who’s been based in Austin for a number of years now and has worked on acclaimed documentaries Filmage and A Fat Wreck — about the vinyl reissues and his memories of the band. He even dropped us a nugget about a forthcoming album.

I take it these new vinyl reissues have been in the works for a few years?

I wouldn’t say years. Last year we started talking about it, maybe. It really hasn’t been that long. There were a couple of months where there was a pause, but I think it was because of the Coronavirus, really.  Everyone involved have been just incredible. The artwork has been a real joy to do together. I can’t believe how awesome everybody is being about it.

How did you get hooked up with a Berlin-based record label?

I think doing multiple tours in Europe didn’t hurt. That way we had a little bit more of a presence in people’s memories at least. [laughs] And then I think the label is doing other Deep Elm reissues. These guys have got their pulse on the old emo bands from the early ‘00s, for sure.

Here’s where I out myself as an asshole who has never told you this: I’ve always thought Polizida’s volume level was too low. Are you guys thinking about remastering the record for the vinyl?

We communicated about several different techniques in doing that. Chad Clark, the guy from Beauty Pill, originally mastered that in Washington DC. There were a few little things that I asked if [Thirty Something] can do. I’m not sure what all is possible and I’m not trying to be a diva about it.

We had to go through the lyrics and change the liner notes or the artwork. I changed the labeling on a few small things. Instead of saying on Breaking in an Angel “Recorded by Deedle LaCour,” now it says “Produced by” because that’s the actual truth in what happened.

Back then we were so young. We didn’t know what to call things.

Reissues are a fun way of reminding and documenting something that people may be starting to forget. If people just go off of what’s on streaming services, they won’t know about the Slowride split EP or Polizida. As someone who was at almost every Red Animal War show, I’m the type that wants to remind people of that. But I understand when people only see Breaking in an Angel, Black Phantom Crusades, and the Seven Year War compilation.

It looks like we’re going to move forward with getting everything up on streaming. I feel this [reissue] is going to be more of a definitive release for Polizida. Europeans and people in the US will be able to get it. It was hard to get back then. We were trying to DIY stuff more back in the day. Not knowing anything about what the hell we were doing. [laughs] But it’s like, live and learn. If you want this, there are 500 copies of this record out there. The people that really want it, hopefully, they can all get it. And if they can’t, they’ll get it from streaming.

I imagine you still hear from people about how much Red Animal War meant to them.

Oh yeah! I hear from people all the time, honestly. It’s just a weird thing that continues. Music was different as a complete entity back then. There was more of a middle-ground back then. Now there are way more things to promote your stuff, but that type of music isn’t as demanded by audiences. And there is so much stuff that it evens back out. If you’re an indie band, you’re in the same position. You have to tour 300 days a year if you want to break even. Unless you’re really nailing it on online sales, streaming, TikTok or some sort of licensing deal in a Ford commercial.

What are your memories of making that record?

I remember the power went out while we were there. We went up in a treehouse with J. Robbins for an entire day because they didn’t pay the electric bill or something. We lost a day and a half in that session, which sucked because we only had six or seven days. J. literally slept in the control room the whole time.

That was so fun. Jeff Davis [bassist] was a new member. Having him do vocals was a new thing for us. We all felt the loss of Brian and his bass playing abilities. Jeff brought vocals so we could do those three-part harmonies live.

He’s on the new Red Animal War recordings as well. Brian’s playing bass, but Jeff is on every song. Both are fully on this recording.

Recordings? Is this different than the two new songs you guys released a few years ago?

We have a full album demoed and partly recorded. Some of it needs to be upgraded. We have quite a bit to do there. Hopefully, we’ll be able to crank it sometime next year.

So you’re giving me the exclusive of a new Red Animal War record in the works? [laughs]

I guess! I feel hesitant to really talk about it. Because it may be so long, that it will be one of those annoying things like Filmage was. Right before we put it out, people were sending us death threats [laughs] because it was taking so long.