The Spread: Spaghetti Warehouse Closes After 47 Years In The West End. 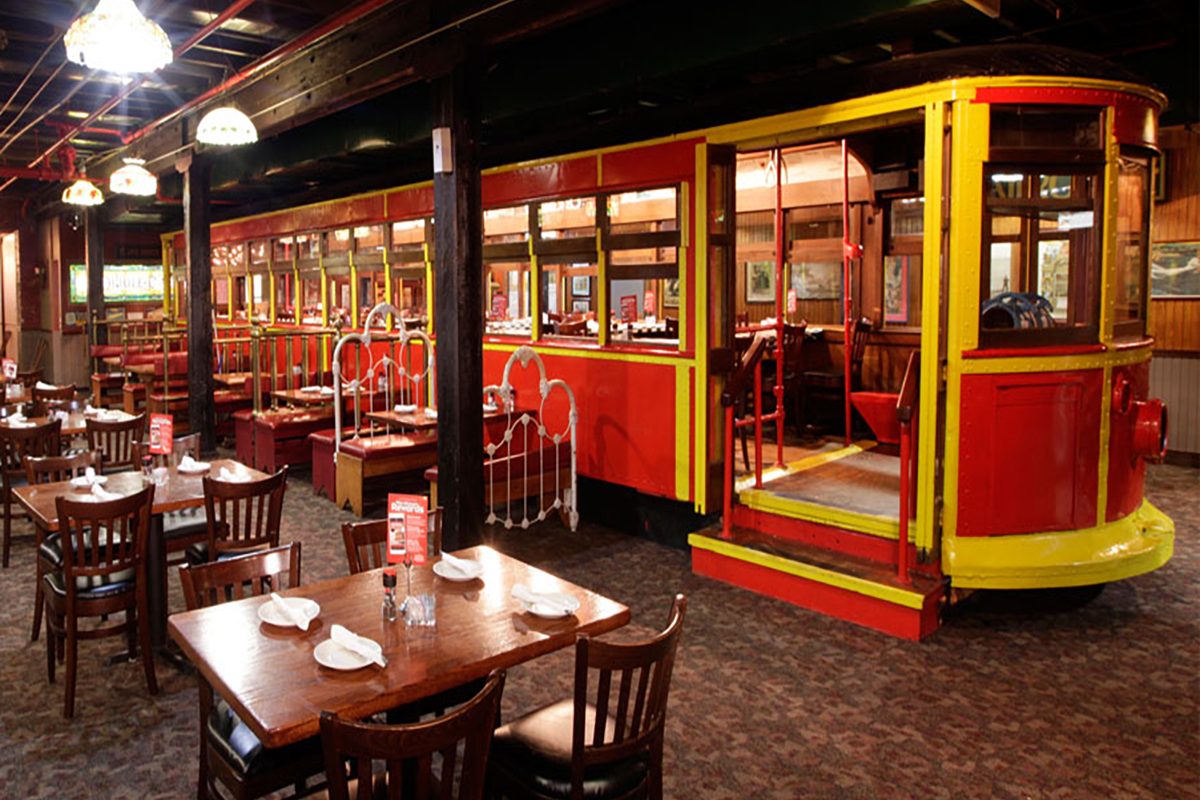 The city is losing a cherished dining establishment as Spaghetti Warehouse officially calls it quits. The beloved West End eatery is shuttering its flagship location after 47 years, with the final day of service set for Sunday, October 20. In the meantime, customers are encouraged to share their favorite Spaghetti Warehouse memories to the restaurant’s Facebook. The closure leaves eight remaining locations, including the Arlington outpost at 1205 W. I-20.

Down in Victory Park, the stalwart restaurant Olivella’s is also shuttering its doors. The Neapolitan-style pizzeria is ending its near-decade run after opting not to renew its lease. The restaurant aims to close in mid-October, leaving other locations in Plano, Las Colinas, Lakewood and Fort Worth.

Meanwhile, in Deep Ellum, Joel Orsini is out at Booty’s. The notable chef has parted ways with the international bar/eatery formerly known as Izkina, where he made a name for himself both culinarily and through his rooftop garden and apiary program. Although he has left the concept, provisions have been made to keep the colony and garden intact by moving it to Petra and the Beast. “Misti [of Petra and the Beast] is my fiancée and it’s a close location for the colony to be familiar with the area,” Orsini says. “Plus she is one of the few places in town I know that would truly love all that comes with the joy of the garden and the bees.” Orsini plans to host farm dinners under his own company, Allevare, while Booty’s is moving forward with its own initiatives.

In other closing news, Mudhen Meat and Greens is on its way out as well. The health-centric restaurant at the Dallas Farmers Market is closing its doors on Sunday, November 3, ending its three-year run after struggling to attract area diners.

Switching gears to opening news, a new modern cafe is debuting in Oak Cliff. La Reunion is the brainchild of coffee expert and State Street Coffee owner Mike Mettendorf. Having partnered with State Street’s general manager and director of coffee (not to mention No. 1 Barista in Texas at the U.S. Barista Champs for 2019) Ali Aberrahman on the project, the concept will offer affordable prices, with a goal of being a neighborhood watering hole of sorts. The cafe will feature a top of the line Modbar under-counter espresso machine with in-house roasted coffee, extensive wine and beer offerings and cocktail and food programs. An opening is slated for the next few weeks.

Adair’s owner Joel Morales has given us the scoop on his new concept called Peak Inn. The neighborhood bar will take over the space at 132 N. Peak, which formerly housed Peak & Elm Cocina. “We really wanted to be a neighborhood bar,” Morales says. “Myself and another guy named Marc Hooper [are] taking things from the bars I like here, and places I visit, and rolling it into on spot.” The bar will feature a kitchen, game room and eventually a patio, among other things. Morales hopes to open the spot within three to five weeks.

Between the opening of Peak Inn and a new backyard bar in Fair Park called Parry Ave., Hooper will have his hands full. He joins Trent Nabors for the rustic-style spot next to taco spot Bo-Leo’s. The bar is set to offer cocktails on tap with an additional 15 beers on tap as well, with a projected opening of January 2020.

Also set to open in January is a new pub from the team behind The Dubliner and Capitol Pub. Venturing into Lake Highlands at 8518 Plano Road, Lochland’s will offer the same classic  pub spirit known from its sister concepts.

Out in Duncanville, Pappas Bar-B-Q is opening its second outpost. Located at 230 W. Hwy 67, the Pappas brand barbecue spot will have a selection of smoked meats, sandwiches and sides to choose from, just to name a few of the offerings. Construction on the space is currently underway, with an opening slated for early 2020.

Speaking of barbecue, Austin’s Terry Black’s Barbecue is coming to Deep Ellum. Located in the former Dallas Comedy House space at 3025 Main Street, the renowned barbecue joint will boast 11,000 square feet of space, bolstering the area’s BBQ options. Look out for an opening next month.

Out in Richardson, a beloved Taiwanese fried chicken chain has opened its first Texas outpost. TKK is located at 2067 North Central Expressway, Suite 100 in a shared space with Kung Fu Tea. The menu features a bevy of fried goods not limited to but including: Cult-favorite fried chicken, cheese curds and curly fries. The restaurant is currently in its soft opening stages until October 31, with hours from 11 a.m. to 10 p.m. Sunday through Thursday, and 11 a.m. to 11 p.m. Friday and Saturday.

In meatier news, the L.A. based taquero duo Evil Cooks is bringing their gothic trompo to Dallas. On Tuesday, October 22, the trompo negro will be available for a pop-up dinner collaboration at Jose. Tickets for the “unpredictable” taco tasting menu are available for $60 a person.

Out in Fort Worth, Stirr is opening its second outpost in the West 7th District. In addition to the menu items available at the original Deep Ellum location, expect dishes like Funky Town Hot Chicken and others to appear on the menu. The restaurant is set to open its doors on Tuesday, October 22.

And finally, in craft beer news, Maple Branch Craft Brewery is debuting in Fort Worth. Located at 2628 Whitmore Street, the brewery will boast 6,900 square feet of space for a small batch production system that will brew a variety of styles and a taproom, in addition to an equally as large outdoor beer garden. An opening is slated for spring 2020.