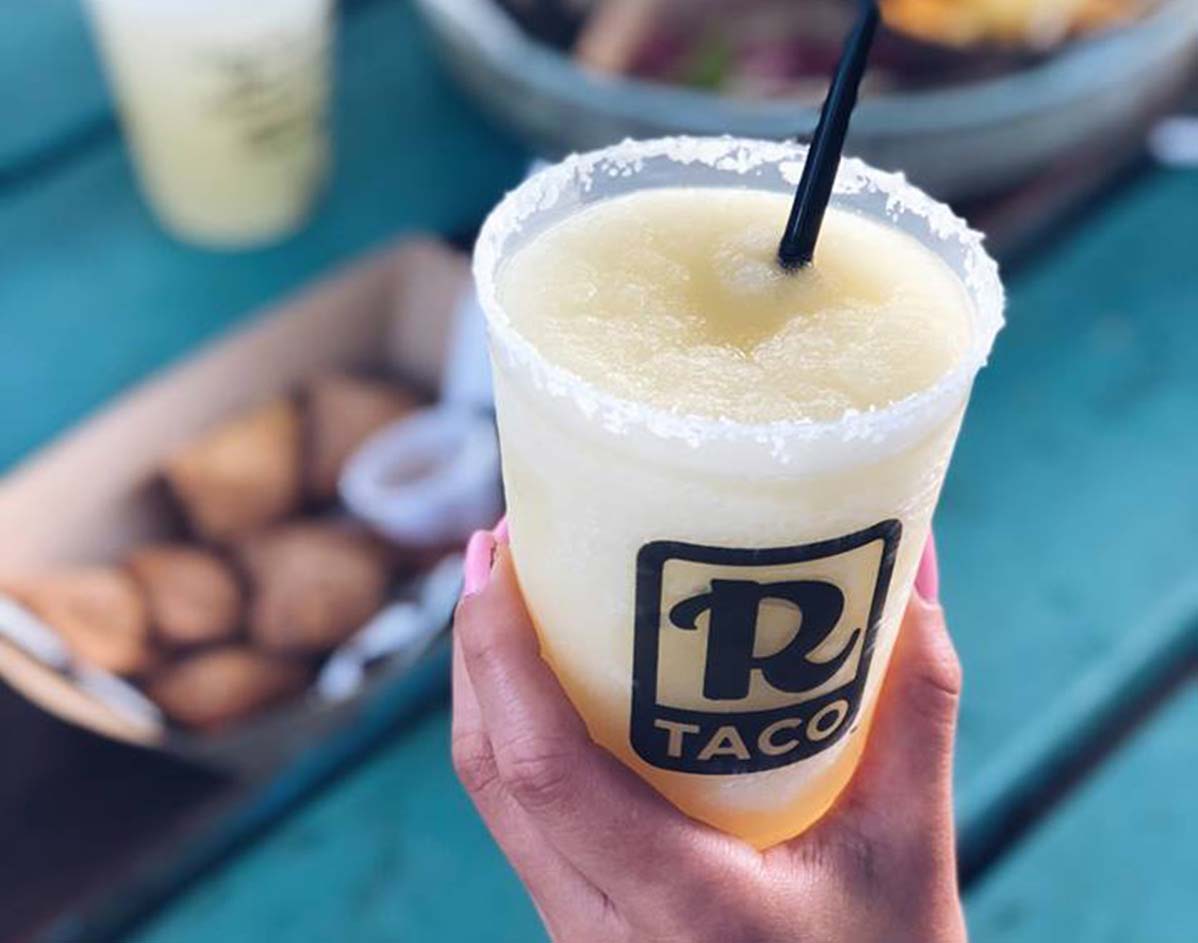 R Taco Reverts Its Name To Rusty Taco, Dallas’ Impending Hand-Roll Craze Is Officially Underway, Vidorra Is Open For Business In Deep Ellum and Much More.

Three years after shortening its name to suit its corporate ambitions, R Taco is returning to its original Rusty Taco name.

It seems that, even after the taco chain’s efforts at re-branding to resonate with new diners following an acquisition by Buffalo Wild Wings, fans were still loyal to the vision and spirit of founder Rusty Fenton.

“Since the name change, the company noticed that the community still had a strong emotional connection and a heartfelt commitment to the name Rusty Taco,” says Rusty Taco brand head Tim Casey about the decision behind the name change. “The brand wanted to honor this connection and return to its roots. The restaurant will change its logo back to the original, but will continue to be the same kicked-back, blue jeans-vibe restaurant.”

Rusty Taco will celebrate its name return with a party at the original Greenville Avenue location on Saturday, September 8, from 6 to 9 p.m. The event will feature $2 tacos and other specials, as well as live music from Jayson Bales and limited edition t-shirts from Rusty’s sign creator, Sean Starr. Proceeds will benefit the North Texas Food Bank.

Moving on to some opening news: West Village’s Namo opens its doors tonight, thus making it the front-runner in the Dallas’ hand-roll race. Per a press release announcing the opening, the 20-seat restaurant will be open for dinner service with full operating hours beginning tomorrow. Moving forward, Namo’s operating hours will be Monday through Thursday from 11 a.m. to 10 p.m. and Friday and Saturday from 11 a.m. to midnight.

Over in Deep Ellum, meanwhile, Vidorra is also opening its doors for dinner service tonight. Located at 2642 Main Street, the Mexican offshoot from Milkshake Concepts (read: the folks behind Stirr) will add to the neighborhoods growing tequila bar and patio options. The restaurant begins service at 5 p.m.

Also in Deep Ellum, and with many thanks to its success at its first location in the Bishop Arts District, Picolé Pops is also now slinging its Brazilian-style paletas in an outpost that it just opened this weekend. At $4 to $5 a pop, the frozen treats are filled with a range of flavors, including alcohol-infused options like margarita and mojito.

Back downtown, Otto’s Fine Coffee And Foods is inviting crowds to celebrate National Waffle Day with free waffles on Friday, August 24. Makes sense, we’d say, given the spot’s proclivities. During the celebration, baristas will dish out complementary waffles along with any coffee purchase from the Commerce Street walk-up window. The promotion will run from 6 a.m. to 7 p.m.

Out in Lakewood, meanwhile, the beloved North Dallas sweet shop Jaram’s Donuts is opening a new outpost. The 2117 Abrams Road location will be the third for the doughnut innovators. Look for an opening in fall 2018.

Meanwhile, California-based Cauldron Ice Cream is expanding to the metroplex. Per Eater, the purveyors or nitrogen-frozen ice cream and bubble cones will open the first of at least six planned shops in the area at 3001 Knox Street. No details yet on an opening date, though.

In closing news: Fort Worth’s popular food truck stop Clearfork Food Park is calling things quits. CultureMap reports that while the owners have not commented directly on the cause for the closure, a dwindling presence of food trucks and the lease not being renewed in favor of a stand-alone restaurant may be among the reasons behind the closure. As Clearfork came onto the food truck scene during its height in 2013, its failure to stay viable despite its wealth of amenities could maybe signify the beginning of the death of the region’s food truck craze. Or not.

Also saying goodbye is Addison’s Dream Cafe, which has shuttered its doors after 15 years in the game. While the last service for the popular suburban brunch spot took place on August 12, the franchised location on Mockingbird Lane in Dallas will remain open, as will its Routh Street location.

High-end Knox-Henderson Tex-Mex venture Mesero is also done after five years. The restaurant abruptly closed after owners were unable to reach a lease agreement due to rising rents in the area.

Finally, in craft beer news: Martin House Brewing Co. has partnered with Holy Kombucha on their Nectar Kombucha Sour. The prickly pair and ginger brew comes in at 4.2 percent ABV, and it debuts on Thursday, August 23, at 4 p.m. at 220 South Sylvania Avenue in Fort Worth.

Cover photo via Rusty Taco’s Facebook page. Got a tip for The Spread? Email us!