The Spread: Juiceland Pours Out Another Location. 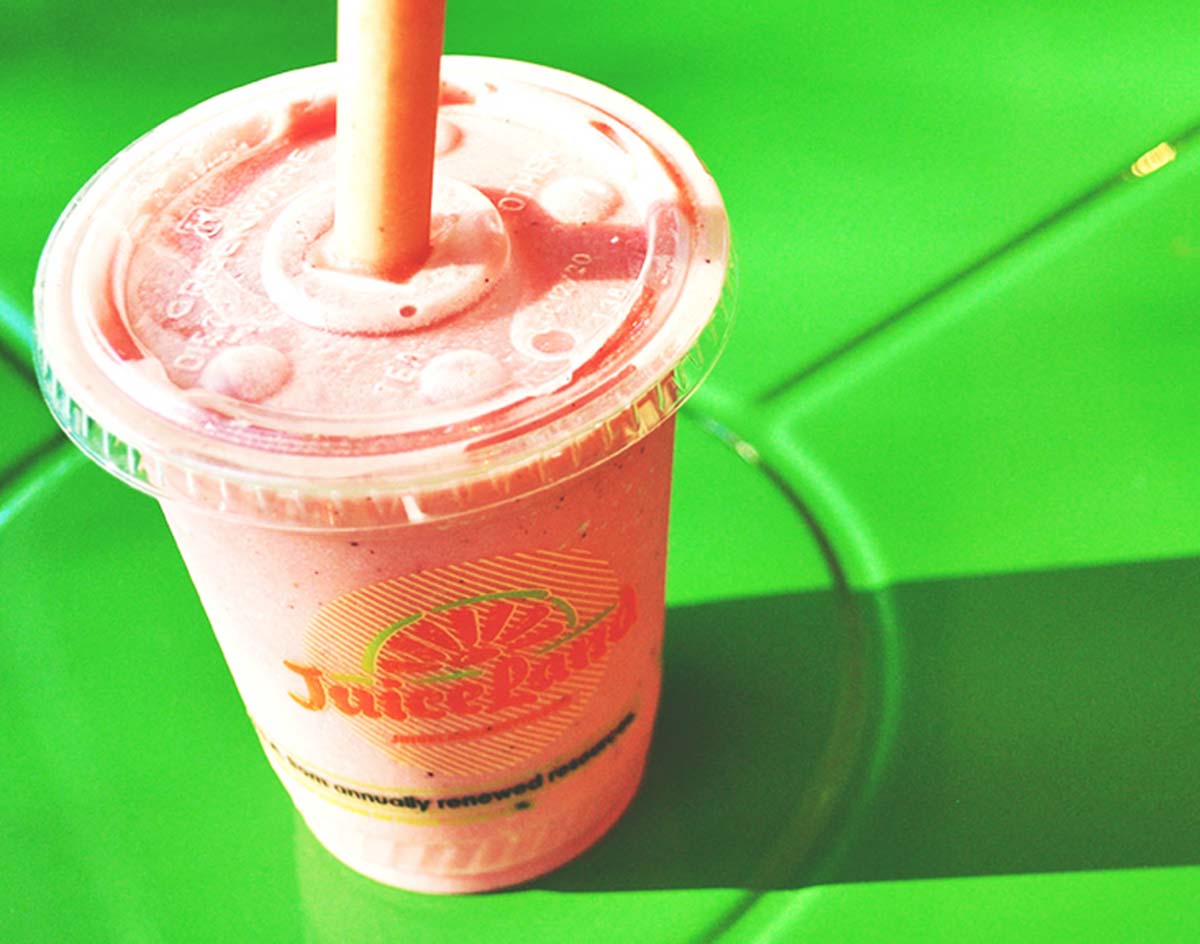 Juiceland Opens Up Its Third North Texas Location, Downtown Dallas Gets A Grocery And Nori Is Looking Like It’ll Be Next Big Dallas Food Trend.

There’s no slowing the Austin-ification of Dallas, folks.

Two years after first entering the market, the popular capital-sprung juice bar Juiceland just opened up its third Dallas-area outpost. At this newest location is at 2401 Preston Road in Plano, fans of Juiceland can expect the same experience offered at its Sylvan Thirty and Inwood locations, promises the company’s marketing specialist, Lexie Shook.

The store will be open to the public for soft opening hours beginning Wednesday, August 1. An official grand opening party will take place Saturday, August 25, with half-off store-wide discounts. All proceeds from those opening day festivities will benefit the Plano ISD Council of PTAs.

Closer to home in Downtown Dallas, the Dallas Farmers Market is gearing up to host a Watermelon Festival on Saturday, August 4. To celebrate both National Farmers Week and the fruit’s seasonal peak, the event will include tastings, demonstrations, watermelon-themed games and other family-friendly activities. Festivities will take place from 9 a.m. to 5 p.m.

Meanwhile, the downtown area recently scored a huge fresh food boost thanks to Royal Blue Grocery finally setting up shop in the Mercantile National Bank Building. While the Main Street location is the second for the high-end grocery store, Dallas Observer reports that the company had eyed entering that area long before its initial Highland Park Village opportunity came about. Although price points may not be as cheap the as the average retail grocer, Royal Blue fills a major void for Downtown Dallas residents by offering a selection of fresh produce and amenities not previously available to the area. And similar to its Highland Park location, it also features a coffee bar with Stumptown Roasters coffee.

Moving on, we’ve got good news for everyone who’s over the whole poke trend that has so dominated the Dallas dining scene in recent months: A new trend is coming fast on poke’s trails as two restaurants gearing up to serve nori (read: sushi handrolls) starting this summer.

One is the second venture from the 21-year-old SMU grad behind Pōk the Raw Bar. Per a press release,  Brandon Cohanim‘s next venture in Uptown, called Namo, will offer a stripped-down approach to Japanese handrolls and sashimi, with a rotating menu of 12 options. Rolls will range anywhere from $4 to $7.50 per order, and will be available in orders of three to six or a la carte. Following its opening, the spot will also serve sushi bento boxes with a selection of up to four cut-up rolls and sashimi. Namo will also feature the city’s first sake tap option, as well as beer, wine and a nitro cold brew tea. Look out for an opening at 3699 McKinney Avenue later summer.

The second nori spot coming soon is coming, naturally, to Deep Ellum: Nori Handroll Bar, the brainchild of entrepreneur Mark Lee and former Nobu chef Jimmy Park (who also helped open Pōk), will open at 2814 Elm Street, also later this month. It too will feature a menu of 12 handrolls with a rotating seasonal selection. Per CultureMap, the concept will fly in fish from the Tsukiji Fish Market in Tokyo weekly with about a 30 to 48-hour turn around. Impressive!

Speaking of Deep Ellum and hot new trends: There’s no more waiting for the neighborhood’s long-promised cookie dough shop. DoHolics, which is owned by and located next to Chills360, quietly opened its doors.

Deep Ellum will also be getting its first cidery as Trinity Cider opens later this month. Neighboring Pecan Lodge at 2656 Main Street, Eater reports that the impending cider house will debut with six ciders with more released in the coming months. Offerings will range from a ghost pepper-infused blend to a sugar- and gluten-free, champagne-like brew. Expect indoor seating for 30 with an additional 20 seats in the spot’s covered courtyard.

Of course, as so often happens in this town, when one or doors open, another is bound to close. This week, that distinction belongs to the Wes Anderson-inspired NorthPark Center restaurant The Theodore. According to GuideLive, the concept that was named after Teddy Roosevelt officially called it quits due to a lack of sales since its late 2015 opening. No word yet on a concept set to take over the space.

In craft beer news: Fort Worth’s Collective Brewing is garnering social media support over its banned beer. A brew it had crafted in collaboration with Bruery Terreux out of Anaheim, California, was banned by the TABC for sales and distribution inside of Texas as of Monday, July 30. A blog post by the brewers claims that they were censored by the TABC despite meeting their requirements for brewpub license holder collaborations. It also claims that TABC correspondents responded to information requests by Bruery this past May.