The Spread: Oh, You Thought The Hot Chicken Craze Was Done? 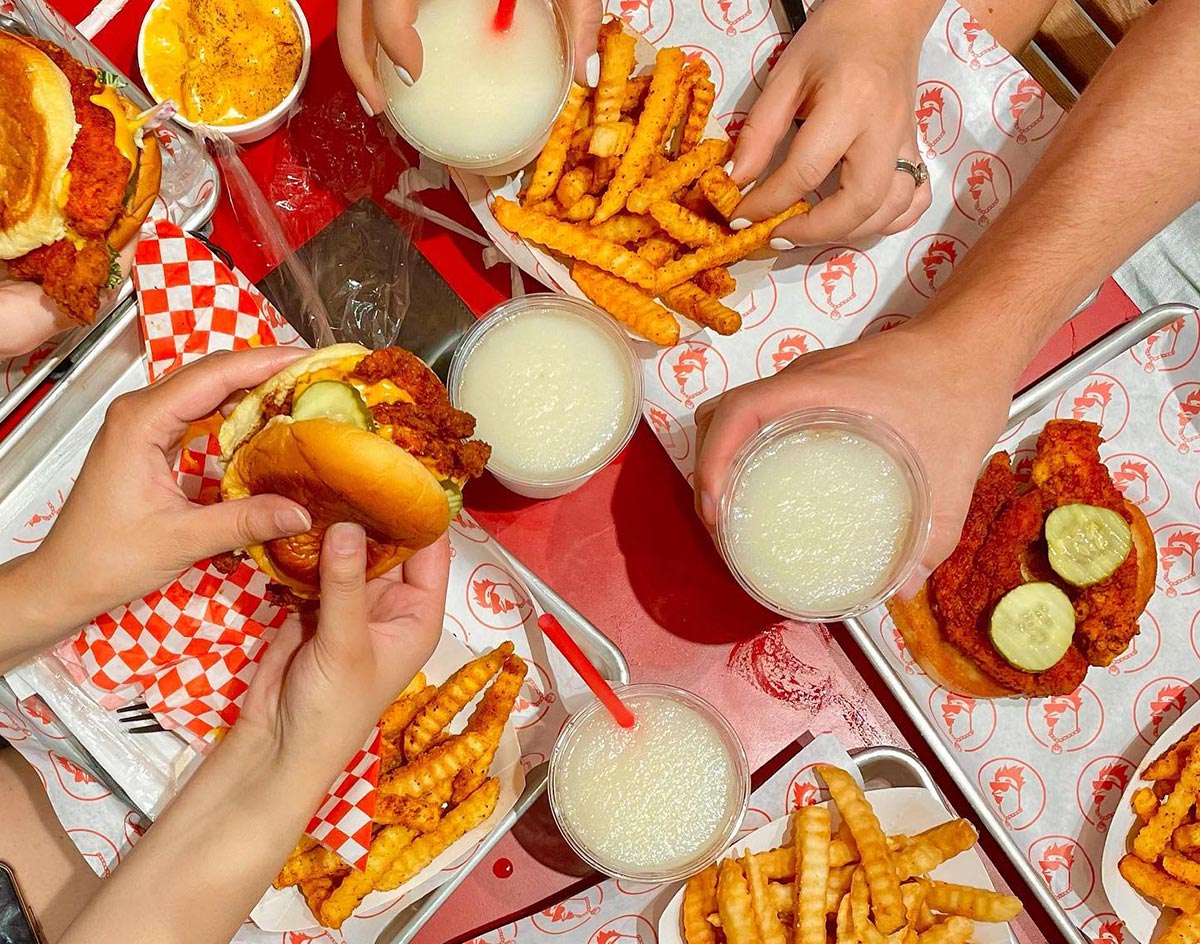 It’s a rare week in Dallas when there isn’t just an overwhelming about of food news to digest.

Yes, it seems that even our fair, food-obsessed burg — a city lauded by Bon Appetit as its top restaurant city in 2019, a region boasting the fourth-most diverse dining scene in the country per a 2016 study and a community that, per a 2012 study of credit card data, dines out more than other any other place in America and spends some 70 percent more at restaurants than the national average — needs to come up for air every now and then.

But while this week’s news and notes may be fewer in volume, its reveals aren’t necessarily any less consequential than usual.

For starters, that hot chicken craze that has been dominating the restaurant scene these last few years? It’s not slowing down any time soon, it turns out. Quite the opposite, in fact: The Dallas-born Lucky’s Hot Chicken brand — brought to you by the same people behind such acclaimed and varied area concepts as Hudson House, Drake’s Hollywood and East Hampton Sandwich Co. — announced this week that it has some big expansion plans in the works.

Fittingly for a spot that serves its chicken at five heat levels, the brand reveals this week its intentions to add a whopping five more locations to the two it already boasts since opening its first shop relatively recently in September 2020. As Eater reports, those OG spots in East Dallas and another by Southern Methodist University will soon be joined no later than 2022 by three new suburban locations in Richardson, Farmers Branch and Grand Prairie, plus two new Dallas destinations in the neighborhoods of Oak Lawn and Pleasant Grove.

Unfortunately, a classic Dallas frozen custard brand’s brick-and-mortar location won’t be around as a place to seek comfort from all that heat: The beloved hot dog and custard spot Wild About Harry’s announced this week that July 4 will be its final day serving up treats at its Knox Street home of the last 25 years.

In a social media post, owners blamed the changing landscape of the neighborhood for its decision to end its lease. Fortunately for fans of the brand, though, they also confirmed to CultureMap that they’ll keep churning out their beloved custard, which will continue to be available for purchase at Great American Hero on Lemmon Avenue and at Hello Dumpling in East Dallas, while scoping out locations for possible new home where they can keep their brand alive.

As recently as 2015, business was good enough for Wild About Harry’s to explore expansion some by opening up a second location in Deep Ellum. Alas, that venture was short-lived, running its course by 2018. Here’s wishing them better luck in their next chapter.

Frozen dessert fans looking for a fix in the meantime would do well to check out Botolino Gelateria Artigianale on Lower Greenville. Though by no means new to that block — Carlo Gattini opened his spot in 2017 — the spot’s Italian-sprung treats are getting some new attention courtesy of a 26-year-old local filmmaker named Sawyer Skipper. As D Magazine dives into in greater depth, Skipper became so inspired by the third-generation gelato maker’s passion for his work upon discovering his shop that he decided to make a short film all about him and his craft. Peep the trailer for Skipper’s nine-and-a-half-minute film Gelato Man, which Sawyer has already submitted for consideration to be included at the next Dallas International Film Festival, below.

Speaking of cuisines imported to North Texas from regions across the globe: The Dallas-area might not be lacking in Indian restaurants, but a new concept coming to Irving promises a different twist. CultureMap shared this week the news of a street food-focused concept called Eggholic that, as its name implies, will be slinging a largely egg-based menu to go with a variety of rice, curry and sandwich offerings, all of which are inspired by the street cart fare found in India. The fall-due spot will be the upstart brand’s first outside of Chicago, where it boasts three locations.

Lastly this week, the Dallas Morning News has the beat on an interesting legal play from Walmart. After trying to make a similar case in 2015, the retailer is once again arguing that it be allowed to sell liquor in its stores in Texas — the state that represents its largest hub of locations in America — just as it does 31 other states in the union.

Interestingly, the courts were OK with Walmart’s proposal during those initial efforts six years ago — until the Texas Alcoholic Beverage Commission and the Texas Package Stores Association appealed the decision and the 5th U.S. Circuit Court of Appeals reversed the lower courts’ ruling, stating that Walmart needed to present a better case that it was facing discrimination by current legislation.

Well, it seems the brand has figured that out, having officially filed its renewed case on Tuesday of this week. As with anything courts related, it could be a while until there’s any real action on this front.

Should any developments come, though, you can trust we’ll keep you updated.

Cover photo via Lucky’s Hot Chicken’s Facebook page. Got a tip for The Spread? Email us!