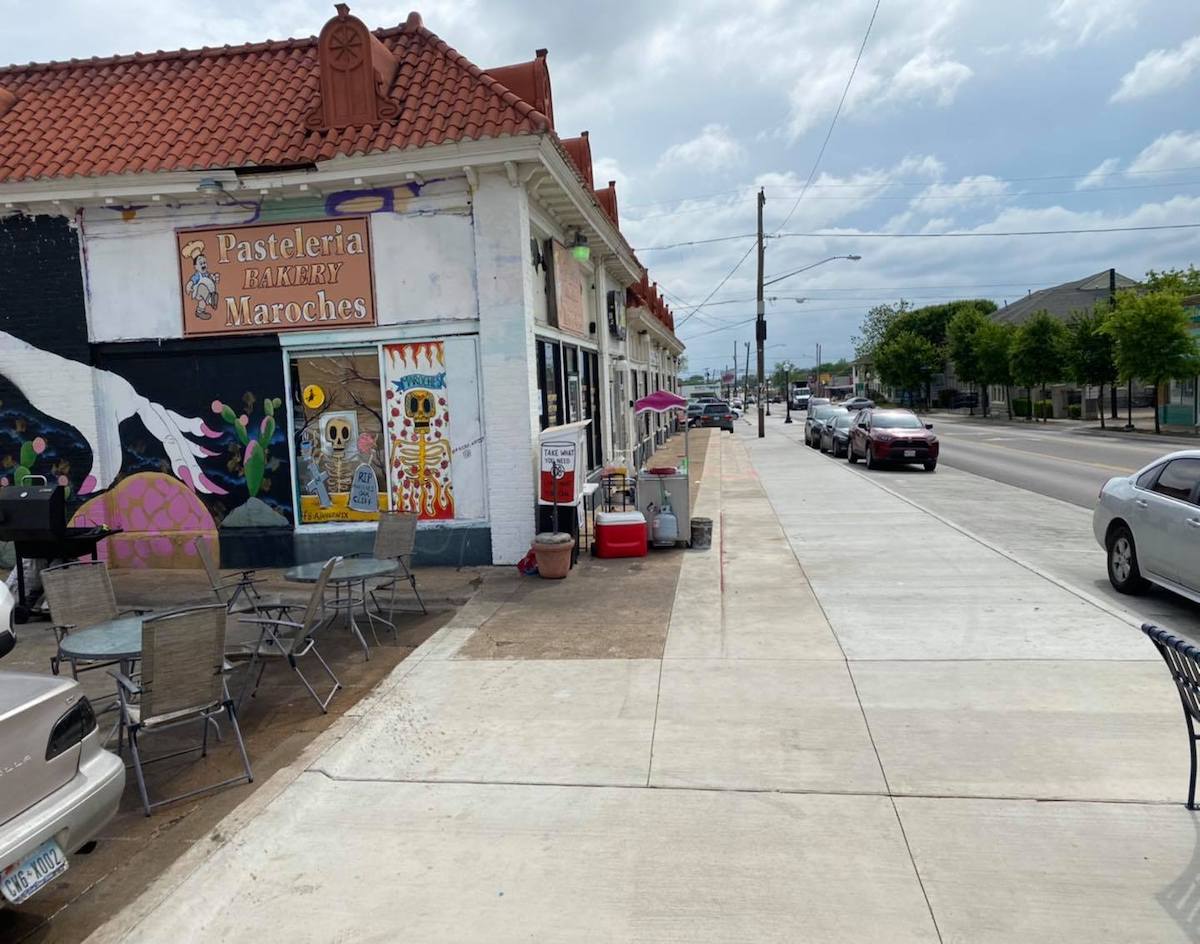 The owner of an Oak Cliff bakery has been accused of stabbing and burning a well-known Dallas art vendor in an alley after interviewing him on Instagram Live.

Manuel Tellez and Anthony Moreno gathered at Tellez’s bakery Maroches Bakery for an Instagram Live interview on April 2. The two  discussed sugar skull art that Moreno sold at the bakery. When Moreno didn’t return the following day, his family searched for him and reported him missing. That day, police and fire crews found Moreno’s burned body in the 1300 block of Kings Highway.

Tellez was then arrested and charged with murder on April 9. According to WFAA, police said he stabbed Moreno multiple times just two blocks from the bakery, left the scene to change clothes, returned to pour gasoline on Moreno’s body and then lit his body on fire.

According to a police affidavit, security cam footage captured Tellez wearing a hat and surgical mask at a gas station wearing white gloves while he filled a gas can. The same report said one similar white glove was found at the scene and more cam footage showed the body burning.

The affidavit states both men had a “romantic interest” in the same woman.

Since news broke, the Maroches Bakery is still operating but they’ve received an influx of bad Google reviews and Tellez remains in the Dallas County Jail with bail set at $1.5 million.

A GoFundMe page was made to help pay for funeral expenses for Moreno.

When it comes to DFW restaurant opening and closure news, we’re glad to report we don’t have any permanent closures to report. We’ve got a few of franchises further expanding in the Dallas area, so we’ll let you get right into it.

Last week, we gave you a sneak peek into Carbone’s sister concept, Carbone Vino which officially opened next door to Carbone. Vino’s opening marks Major Food Group’s third restaurant opening in DFW since Sadelle’s and Carbone Vino will house Carbone’s wine cellar and offer some of the same meals that are available at Carbone. What sets Vino apart is that in addition to serving wine by the bottle, it’ll also offer wine by the quartino.

The sixth DFW location of Austin’s Hopdoddy Burger Bar is bringing its specialty burgers to Plano on April 15. The burger joint originated in Austin more than a decade ago, but the new restaurant at 8255 Preston Rd. marks the first location opening since Hoppydoddy combined with Grub Burger in January. The Plano Hoppydoddy’s will open in a renovated Grub Burger spot where they’ll be serving up shakes, margaritas, salads, beer, wine and shareable sides in addition to their unique burgers. Patrons can grub on Hoppydoddy’s signature burgers which use high-quality meat and other proteins to deliver staples like their mac and cheeseburger, crispy chicken sandwich, Beyond Meat veggie burger and seared ahi tuna sandwich.

More good news for meat-lovers: Fort Worth’s wing joint Dirty Bones is getting revamped at Victory Park near the American Airlines Center. Created by Milkshake Concepts, the eatery originally opened more than a year ago but CultureMap reported the original Fort Worth location has been “locked out” since January. The new location will open April 18 to offer more than 20 sauces and dry rubs, including Cholula lime tajin, Nashville hot, hot buffalo, sweet and spicy barbecue and if you’re really feeling adventurous — 24K gold and peanut butter jelly. More menu offerings include shareables, sides, salads, brunch offerings, cocktails, beers and mimosas. We think this place

A Fort Worth location of Mexico’s iconic rooftop restaurant Quince will open overlooking the Trinity River. Cowtown foodies will have some serious bragging rights, for two years in a row Quince was named the No. 1 Rooftop Restaurant in the World and was once named the No.1 Rooftop Destination in the World. The restaurant was created by Texas Christian University alum Brian Sneed and patrons can

And finally, we’ve got a “good news, bad news” situation for you. Ten Bells Tavern is closing indefinitely for relocation on April 24 after more than a decade in its original location at 232 W. 7th Street. The reason for relocation was attributed to Alamo Manhattan’s 2021 purchase of the land surrounding Ten Bells and the company’s plans to build a mixed-use development. In a social media post, the owner explained they previously thought they had until July to move and need the support of loyal patrons now more than ever. While we’re glad to report the closure is temporary, a reopening date has not been announced.

It’ll reopen at 238 W. 8th Street, which is conveniently located near the original location. Loyal fans can expect the new location to continue offering the classics they know and love like the Ten Bells cheeseburger, fish & chips, veggie burger, four-cheese mac and cheese and calamari.