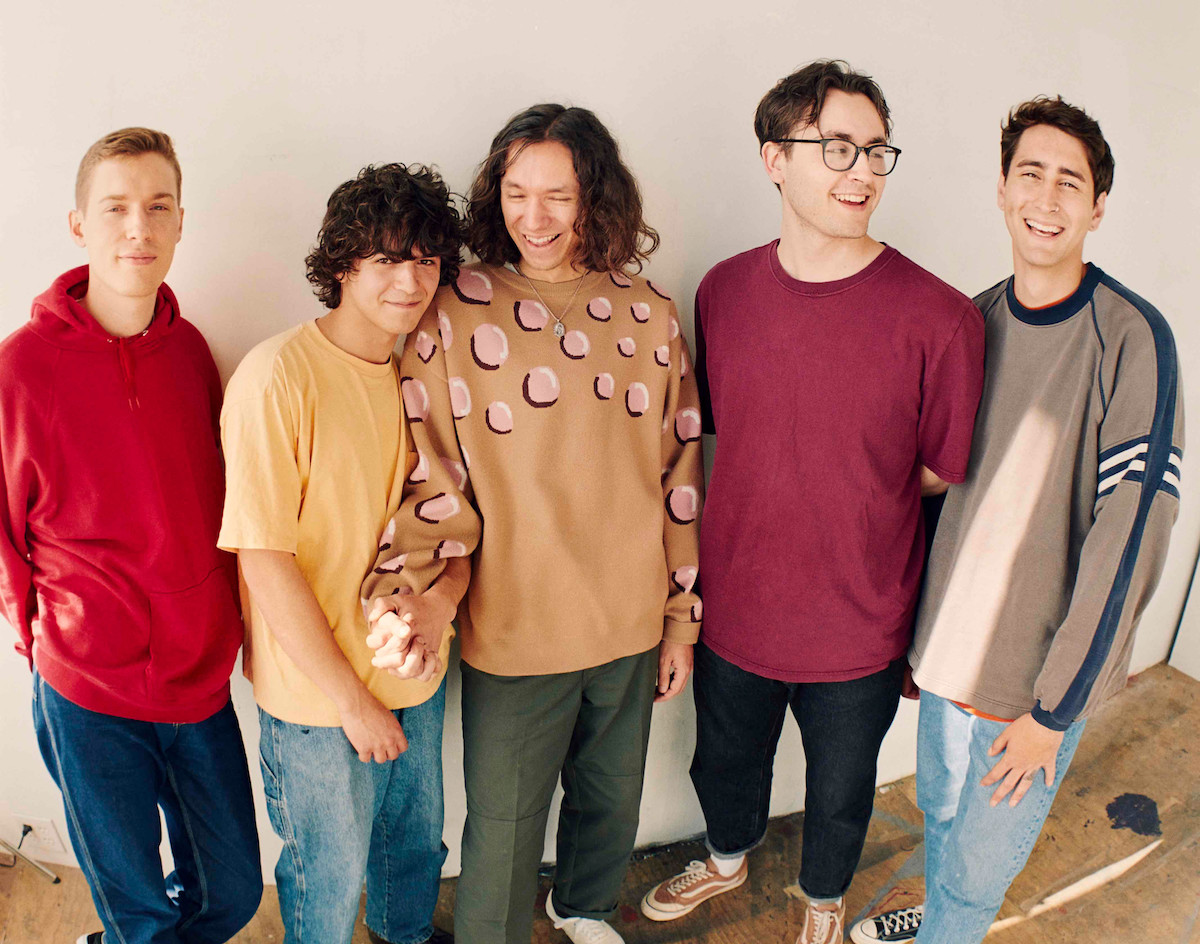 The Anxious Frontman & His Band Have Dove Into The Busy Life Of Touring. He Tells Us How That’s Going, Where They’re Going & Where They’ve Been.

There are times when you miss out on seeing a band and you kick yourself. Well, as a public service announcement to fellow pop-punk/emo fans, you’d be well-advised to get to Club Dada early on Monday, April 18 to check out a Connecticut-based band called Anxious, who are opening for Boston Manor. They are a five-piece poppy emo/hardcore who released one of the finest records of 2022 called Little Green House.

Blending Floral Green era Title Fight with the Get Up Kids by way of East Coast hardcore, the band has something special that makes them stick out above their peers. Tracks like “In April” and “Growing Up Song” warrant repeat plays with their hooks and fantastic production.

The band is young on the touring circuit, but they have been to Texas before (they played Ruins back in November last year). But it seems like, with each tour, their momentum continues to grow. And they could very well be a headliner act in only a few years.

We caught up with frontman Grady Allen about this current whirlwind tour, his early childhood around here in Highland Park and the importance of seeing bands when they’re young and hungry — plus, he gave us a little preview of where the band goes from here.

You guys are in Richmond, Virginia right now as I talk with you. How in the hell are you guys going to make it to Texas in a few days?

I don’t know. That is a really good question. The next six days of the tour [are] the real hellish jumping of cities and states. We play Greensboro tonight and we have to be in [Florida] and then we have to be in Atlanta the next day. There’s some real insane stuff. I believe we go to Nashville next and then we hit Texas. After that, it kinda mellows out, so Texas can be the reward of it all. [Laughs]

We’ve toured through Dallas and Houston before. It’s always a great time. On the full US tour we did in November, we stopped in Dallas and it was one of my absolute favorite shows of the whole tour.

For a band that’s from Connecticut, I’m curious if you’ve ever wanted to come to Texas. Did you ever vacation here?

So, Eric, I’ll one-up you. I would say I’m from Connecticut, but I was born in Tulsa, OK. And I spent the first six years of my life living in Dallas. I grew up in Highland Park and my grandparents live in Onion Creek in Austin. I spent a whole lot of time in Texas. When I was in middle school, we would go check out Marfa. I like Texas a lot. Obviously, I have a lot of nostalgia and sentimental value tied up in it. I don’t know how the rest of the band feels. The shows are always cool.

What moved your family out of Texas?

It was just [for] my parents’ job. We would still visit because my grandparents lived out in Texas.

I want to tell as many people as I can to check you guys out, as I like to tell people before a great band comes to town instead of after they come through. Have you ever experienced getting into a band and then find out they just played your hometown?

Yeah! I definitely have had experiences like that. Most recently, there’s this really new, hyped-up band called Militarie Gun from California. They released two EPs in 2020 and 2021. For some reason, I never got around to checking them out. They literally played in Connecticut, about an hour away from where I live. I remember looking at the flyer and thinking, “Everyone is going crazy about this band. Maybe I should check this out.” I thought, “Oh, I’m way too tired. I don’t want to go out tonight.” Literally a week later, I dove headfirst into the band. I was so bummed at myself for missing them. They’ve since played Connecticut twice but I’ve been on tour both times, so I’ve missed them. I’m hoping someday soon, I’ll catch Miltarie Gun.

With where you guys are in your lives, it seems like you want to do Anxious to the nth degree. Doing as much touring and recording as you possibly can.

Yes, and that’s the goal. This is the first time it’s felt feasible. Goals kind of intersect with reality where it’s not just “Man, we would really like to be touring all the time,” but we’re given the opportunity to tour all the time. In 2022, we started a full US [tour] on the road for six weeks. Then we had 10 days off and then we started this tour. Then we have a few weeks off and another US tour. Then we head to the UK. We’re home for a couple months; we do another full US tour. It’s the first time where we’re given the opportunities to do this thing and do the band the way we want to do it. That’s 100 percent what we’re doing. We’re going to try to write a new record this summer and keeping things busy and moving.

I strongly stress to people who want to drop lots of money on a reunion tour, try to go see a young band when they’re firing on all cylinders and it’s affordable to see them.

Have any of you in the band read any books about DIY touring before you did your first tour? Like, Our Band Could Be Your Life or Get In the Van?

Yeah! Weirdly, I’ve never read Our Band Could Be Your Life or Get in the Van, though they’re highly on my list of books I need to check out. One of the first books I read about DIY touring in middle school was the written history of the Misfits. I don’t remember what the specific book was called, but I really loved that a lot. It was cool to hear all the lore about that band examined under the microscope. I also read an annotated history of the Dead Kennedys called Fresh Fruit for Rotting Vegetables, named after the record. That’s really, really good too. When I was in middle school, that band was everything.

What’s cool about punk, hardcore and alternative music is a lot of these bands detail their own travel and tour. In middle school and early high school, I was buying zines and watching mini-documentaries bands made and put up on YouTube. I definitely had an idea what it was supposed to be and look like.

I take it you haven’t gotten sick of it because of your touring schedule this year. [laughs]

Absolutely not! We’ve been loving every second of it. It’s been super fun.