The Spread: Melios Set To Close After 40 Years In Dallas. 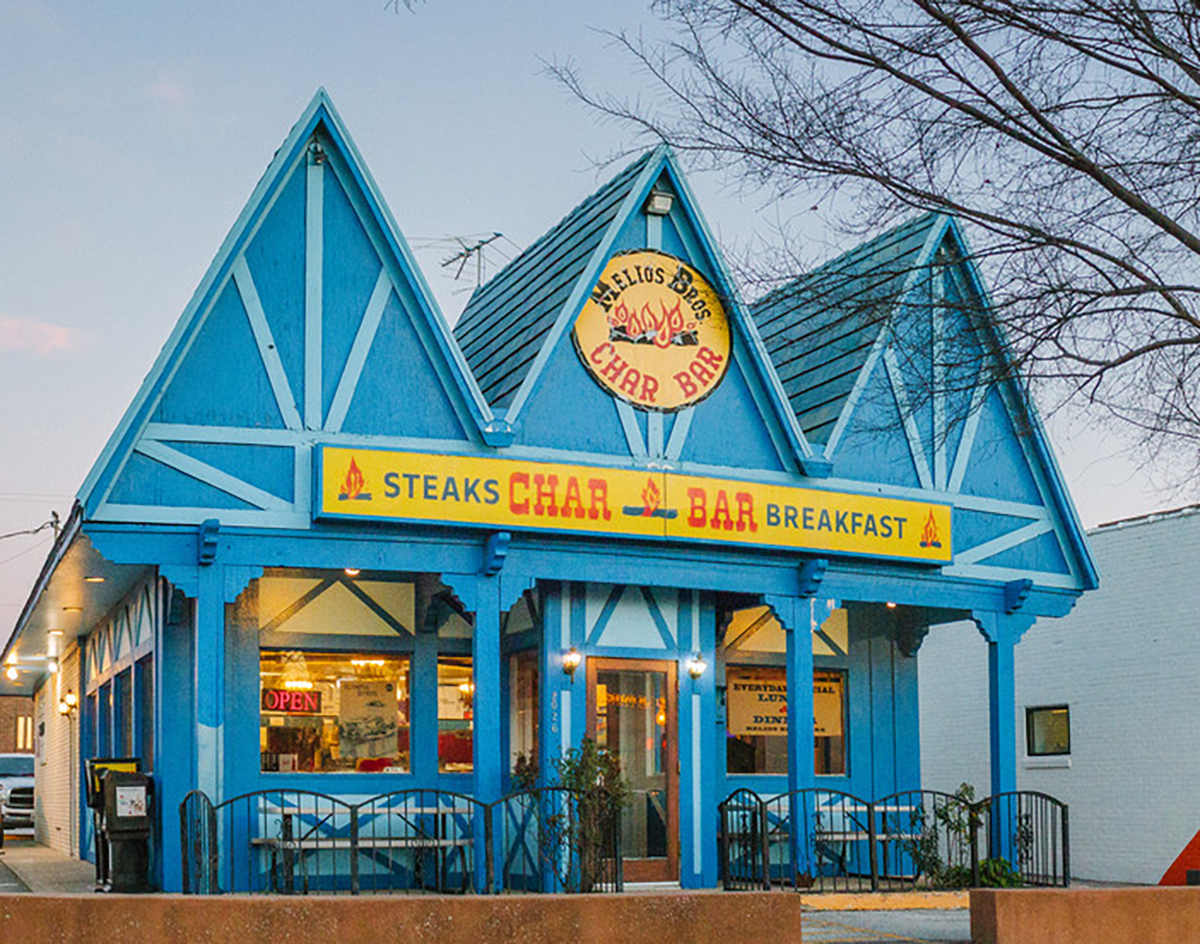 After we speculated about it a few months back, Melios Bros Char Bar has announced its official closing date. The last day of business for the iconic Lower Greenville eatery is set for September 22, despite requests for a lease extension. The Melios brothers alleged that the owners of the 2026 Greenville Avenue space are forcing them to leave after more than 40 years of operation, in large part due to the changing scope of the neighborhood.

Speaking of changing neighborhoods, Deep Ellum’s Izkina has reopened as Booty’s. CultureMap reports the concept was a New Orleans-based gastropub until its closure in 2016, but has now found new life and a new home at the Elm Street hostel. The reboot (pun intended) takes a more casual approach with a globally inspired menu featuring price points hovering around $10. Naturally, there will also be cocktails made with local, seasonal ingredients. Joel Orsini will continue to man the helm with expanded offerings and an emphasis on a no-waste kitchen. As for the decor, expect a more intimate ambiance, with a calendar of international events. Booty’s is open daily until midnight.

Moving onward, CultureMap notes a wannabe-chain is headed to a familiar Plano address. Craftwork Kitchen is opening at 5809 Preston Road #578 in the former Ziziki’s space. The newcomer will focus on elevated modern American dishes at moderate prices, with lunch, dinner and weekend brunch services. Look out for an opening in October and more North Texas locations to follow.

In other opening news, the long-lived Japanese restaurant Hinodeya Ramen hits Dallas this week. Eater reports the outpost located at 2023 Greenville Avenue is the first stateside Hinodeya outside of San Francisco. The menu features three types of intricately-made signature ramen, like a creamy ramen made with a vegan shiitake broth and spinach noodles, as well as a selection of other small bites. Hours run from 6 p.m. to 10 p.m. Sunday, Monday, Wednesday and Thursday, and 6 p.m. to 11 p.m. Friday and Saturday.

Meanwhile in the ramen world, Justin Holts’ highly-anticipated restaurant Salaryman has been teasing some of its wares. Dishes to expect at the Oak Cliff eatery include yakitori skewers, spicy miso ramen and soft serve ice cream, just to name a few. All of which have surfaced on the concept’s Instagram ahead of the opening, which is projected to be soon with limited seating times already available.

Also in the neighborhood, a new European-inspired restaurant called Paradiso debuts this week. Eater reports. Located at 308 North Bishop Ave., one of the standout features of the concept is its roving carts of small plates to choose from, alongside a menu of wood-fired pizzas, pastas, salads and signature cocktails.

Further down the way, D Magazine notes a second outpost of Shayna’s Place is slinging sandwiches out of the former Local Press + Brew space. In addition to sandwiches, you can also find juices, smoothies, and other grab-and-go eats like tacos from TacoDeli. Hours run daily from 7 a.m. to 3 p.m.

On to craft beer notes, Martin House Brewing Co. has partnered with Best Maid Pickles on a new brew. The Sour Pickle Beer is a blend of the Fort Worth brewer’s Salty Lady with pickle juice from its relative neighbor, resulting in a 5.5 percent ABV concoction. Best Maid is also rolling out a line of Salty Lady (non-alcoholic) flavored pickles, spiced to mimic the brew’s taste. Both will be available throughout the area later this month.

Finally, an Indian-born brewpub called Windmill Craftworks is slated to hit The Colony. The space will boast more than 16,000 square-feet in a multilevel structure, complete with a large patio area. The original concept is known for its collection of books to read and jazz theater. As for the beer, the brew house will feature 14 different house beers. Look out for an opening in early 2020.

Cover photo via Melio Bros Char Bar’s LoopNet listing. Got a tip for The Spread? Email us!