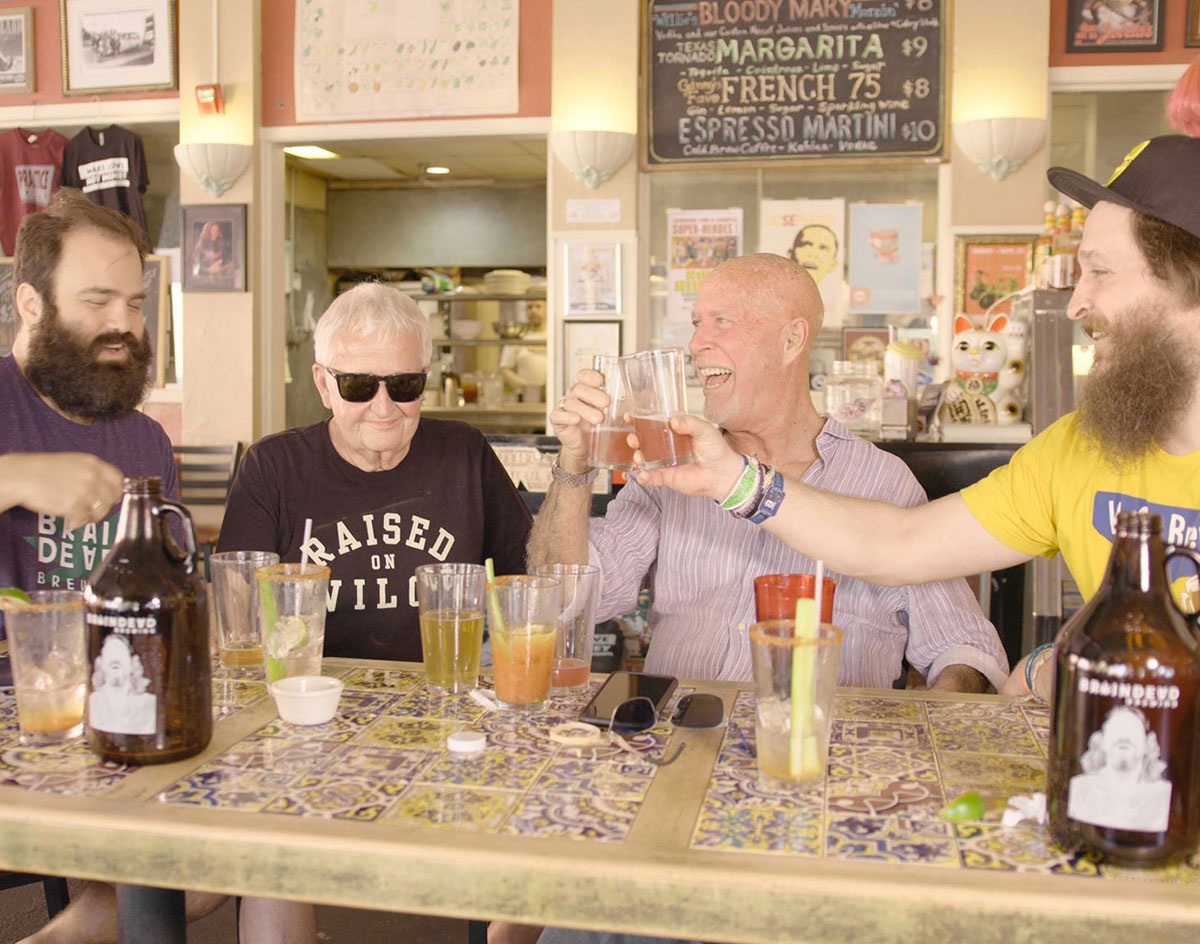 In Growlersations’ 29th Episode, Longtime Dallas Icons Angus Wynne And Mike Snider Regale Us With Some Classic Stories About The Music Scene’s Past.

We’ve got beer, and we’re drinking it with some Dallas heroes!

This week, my co-host Jeff and I are joined by Angus Wynne and Mike Snider, a couple of old-school Dallas dudes who’ve had front-row seats to some of the Dallas music scene’s greatest moments of the last 50 years.

Mike has owned the AllGood Cafe in Deep Ellum for almost 20 years now — and has been booking bands in Deep Ellum at Sons of Hermann Hall since long before then, too. And my uncle Angus, among other things, is currently gearing up to celebrate the 50th anniversary of the legendary Texas International Pop Fest he threw back in 1969, which drew some 125,000 people to its three-day affair in Lewisville just two weeks after Woodstock.

Ostensibly, our reason for chatting is to promote the ZZ Top-headlined return to Lewisville that Angus is throwing later this month to commemorate the party he threw five decades ago. But this chat covers so much more than just that– including behind-the-scenes stories from shows most of us can only dream about having attended. We’re talking tales featuring the likes of The Doors, Led Zeppelin and the Neville Brothers, plus origin stories about Jimi Hendrix and ZZ Top before they made it big.

These guys have really seen it all — including a time before selling alcoholic drinks by the glass began and the era before people stood up at concerts.

This is a truly fun episode, and it shouldn’t be missed. So crack open a cold one, and take a trip down memory lane with us, yeah?