The Spread: Is Melios Bros. Char Bar In Danger Of Closing? 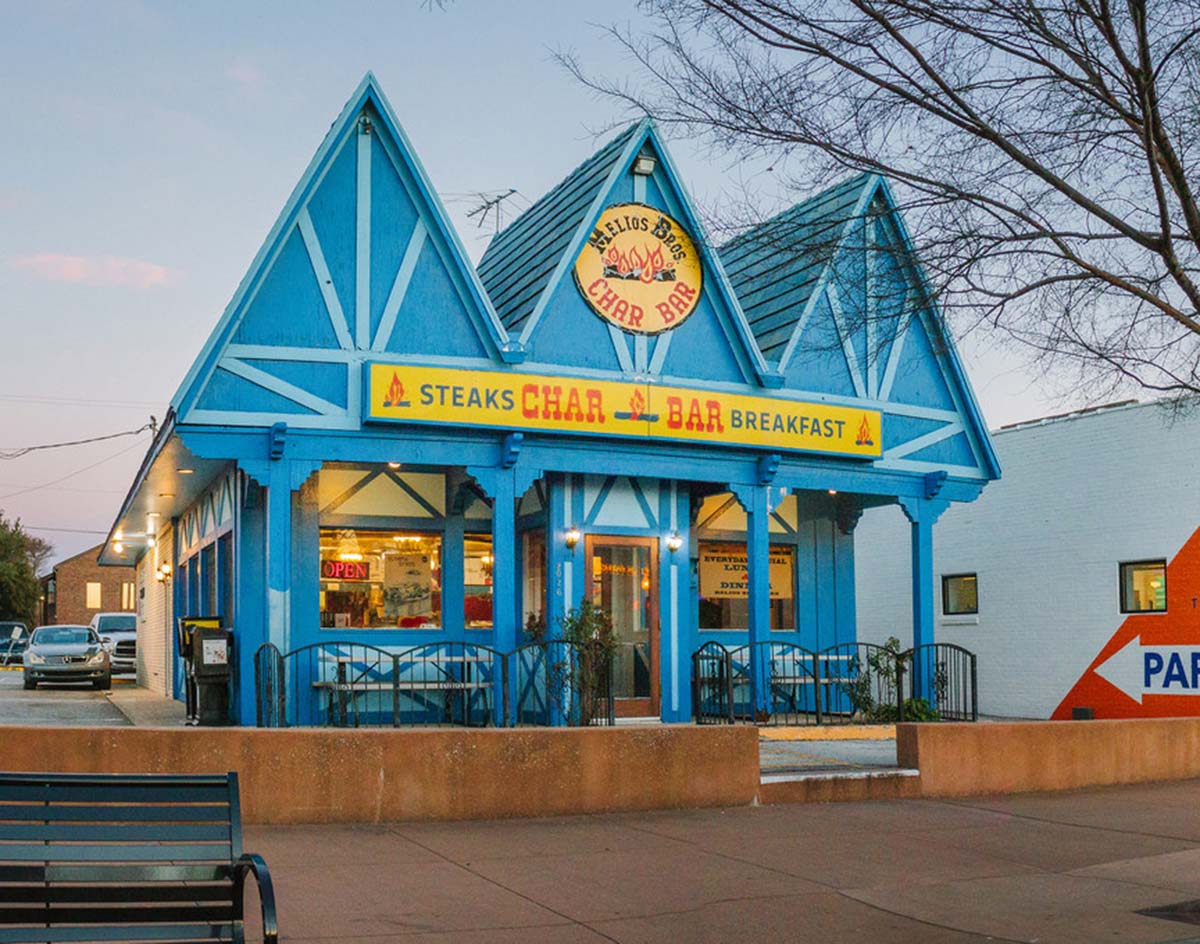 A Venerable Lower Greenville Eatery’s Building Is Ominously Up For Sale, Dashi-Style Ramen Has Come To Dallas And Area Music Fests Are Upping Their Eats.

One of Greenville Avenue’s longest running institutions appears on the brink of falling prey to the neighborhood’s ongoing restaurant exodus, as the 2026 Greenville Avenue building that hosts Melios Bros Char Bar is currently listed as being for sale some 40-plus years into the business’ operations in that location.

The listing of the iconic blue and yellow shack shows that the 4,000-square-foot space has been up for sale since February 6, and remains available to interested parties. That’s pretty much all the information we have, though, as neither the listed agents nor anyone at the restaurant itself were willing to comment on the record to us about what the listing means.

We can speculate, though: If the growing number of restaurants that have vacated the area in recent years is any indication, Char Bar’s impending departure proves that absolutely no one is immune to the difficulties of operating in Lower Greenville, no matter how beloved an institution may be.

As one stalwart eatery’s possible exit looms over the neighborhood, though, a century’s old Japanese import is planning its debut right across the street. Hinodeya Ramen is set to soon open at 2023 Greenville in the former bbbop Seoul Kitchen space, CultureMap notes. The restaurant comes courtesy of fourth-generation ramen maker Masao Kuribara, who brought the concept to the States via San Francisco some years back. His Dallas menu focuses on “dashi-style” ramen, which centers around a fish-based broth that is unique even in Japan. Expect meat and vegan options, as well as appetizers, rice dishes and a variety of sake, complete with tasting flights. Also anticipate a wide selection of whiskey, beers and green teas to choose from. Ramen lovers can look forward to Hinodeya’s opening sometime in late spring.

Sticking around in Fort Worth, this weekend’s Fortress Festival is set to feature a pretty stacked food line up to go with its music offerings. In addition to burgers from the sponsoring company Hopdoddy Burger Bar, local vendors and restaurants such as Melt Ice Cream, Righteous Foods, Avoca Coffee Roasters and Salsa Limón will be among those serving festival-goers throughout the weekend. And to top things off, there will also be a “vegan village” on the grounds that will be helmed by the owners of Spiral Diner and feature foods from Vegan Vibrationz, The Corn Dog Guy and Reverie Bakeshop.

Out in Arlington, meanwhile, the first-ever Kaboo Festival will feature a full-fledged culinary program with almost a dozen big-name chefs signed on to take part. (Find the whole list of participants here.) The three-day event from May 10 to 12 combines comedy, music and food, with single-day passes begin at $99, with three-day passes starting $199, spanning as much as $3999 for premium VIP access.

Speaking of big culinary names and festivals: GuideLive notes that Mexico City’s renowned professor of “Taco Literacy” is coming to Dallas. Steven Alvarez, who crafted a college course on taco appreication, will be among the judges at the fifth annual Taco Libre celebration on Saturday, April 27, at the Dallas Farmers Market.

In other opening news: A third area location of Flower Child is coming to 5959 Royal Lane, where it will offer the same organic, customizable selection of gluten-free, vegan and vegetarian options it’s become known for at its other locations. Per the press release, an opening is expected soon; as of now, the business is currently the process of staffing.

In West Village, though, another healthy restaurant/coffee shop is already open. The appropriately named Formula Wellness Center is located at 3600 McKinney Avenue, where it offers made-to-go meals and, notes the Dallas Observer, a bone broth bar amongst its healthy food and drink options. The coffee bar also includes bone broth, charcoal, mushroom and other wholesome ingredients in its lattes. The concept is open Monday through Friday from 7 a.m. to 5 p.m., Saturday from 10 a.m. to 5 a.m., and Sunday from noon to 5 p.m.

Finishing off with some craft beer news: Beer In Big D reports that Rahr & Sons won a trio of awards at the 2019 Los Angeles International Beer Competition. The Fort Worth brewer took home gold in the coffee beer category for its Iron Joe, and also won bronze for its Pumpkin Ale and Rahr’s Blonde brews.

Cover photo via Melio Bros Char Bar’s LoopNet listing. Got a tip for The Spread? Email us!