At Royal Blue Grocery, There’s More At Play Than Another Coffee Aisle.

One could certainly make a case that grocery stores are the single most popular places for coffee purchases. Think about it: Some of them dedicate whole aisles to the brew-at-home cause; and neighborhood coffee shops can’t really compete with this kind of inventory.

But what about when a grocery store also features a coffee shop inside of its walls — and not one of those in-store Starbucks locations, either. Then the scales really get tipped in the grocery’s favor. Tucked away in Highland Park Village, that’s certainly the case with Royal Blue Grocery and its sort of upscale bodega version of a grocery store coffee bar. 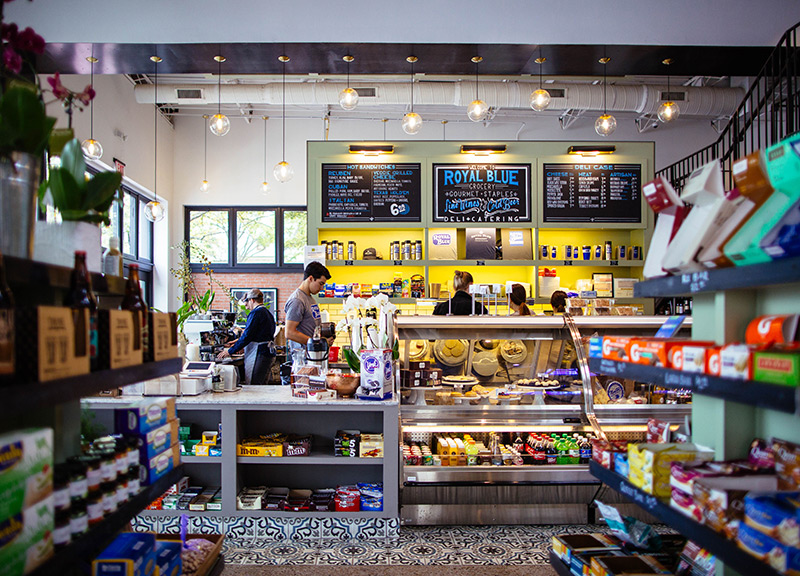 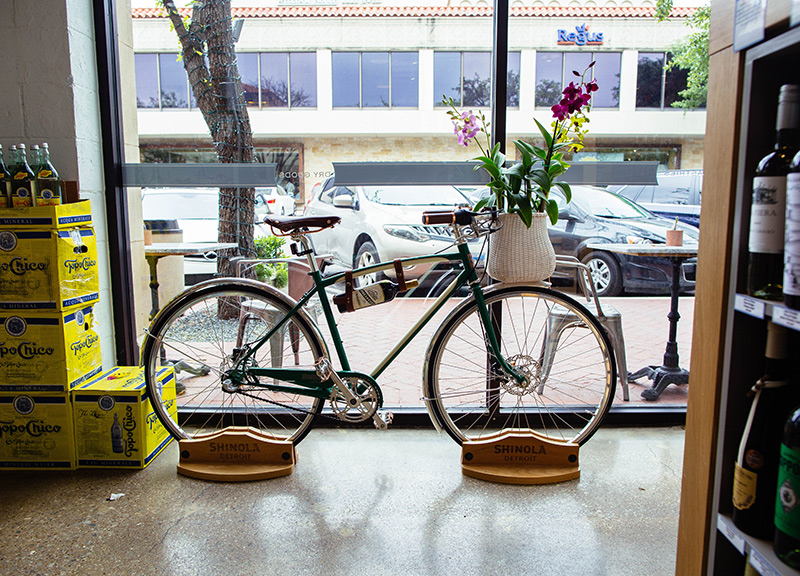 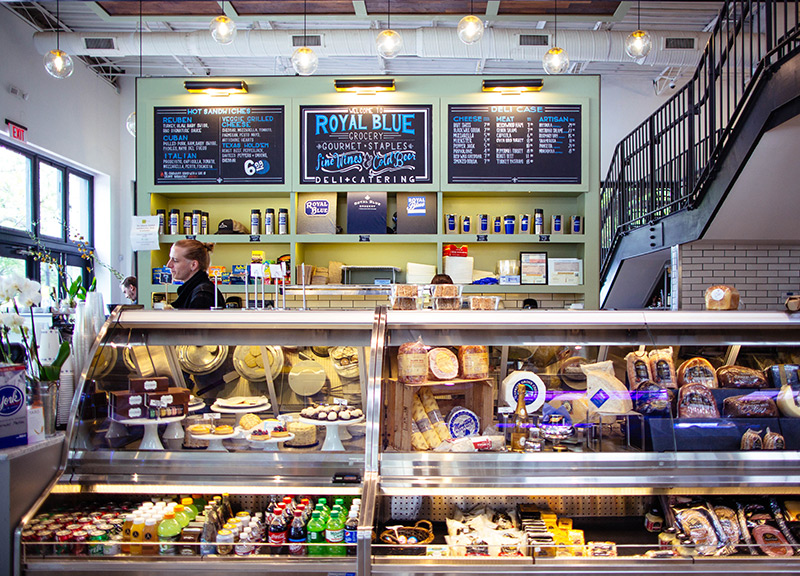 In general, the Austin-born grocery chain features a more curated selection than the average store of its kind. But, make no mistake, it’s the coffee that really sets this place apart.

“It’s interesting,” says Lauren Preseren, general manager of Royal Blue’s Highland Park Village location. “We have a full line up of dry goods, household, prepared foods, beer and wine — thousands of things, really — but our coffee program has become a real cornerstone for the business. Our customers tell us all the time now that they’re ‘addicted’ to our coffee. [But it] probably doesn’t hurt that they can grab some essentials after getting their caffeine fix.”

The coffee program here comes courtesy of Portland’s famed Stumptown Coffee Roasters. Although traces of that company’s wares can be found throughout the DFW region, Royal Blue Grocery is one of the few places where you can find Stumptown’s version of a nitrogen-infused cold brew. While other, similar drinks in the area focus on the nitrogen’s ability to transform coffee into a more beer-like texture, Stumptown’s cold brew accentuates the chocolate-y yet clear flavor profiles brought out of the coffee, making for a lighter mouthfeel than some of its beer-inspired counterparts. 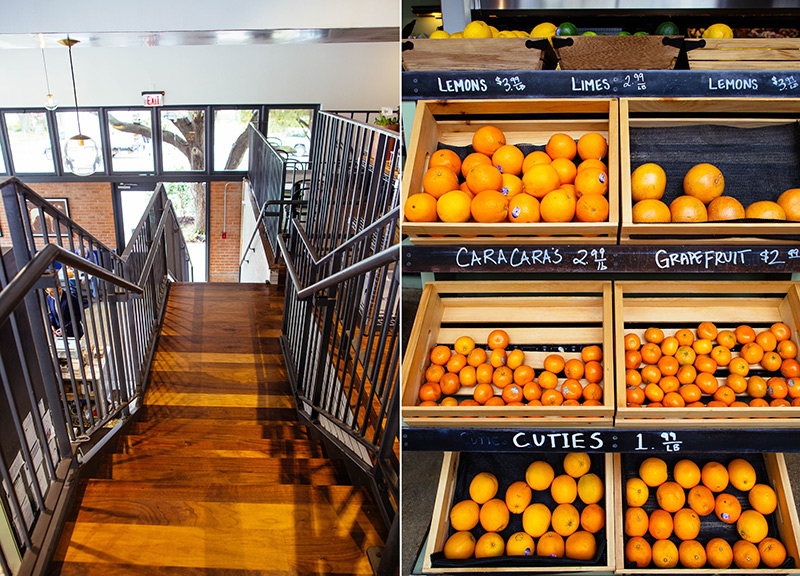 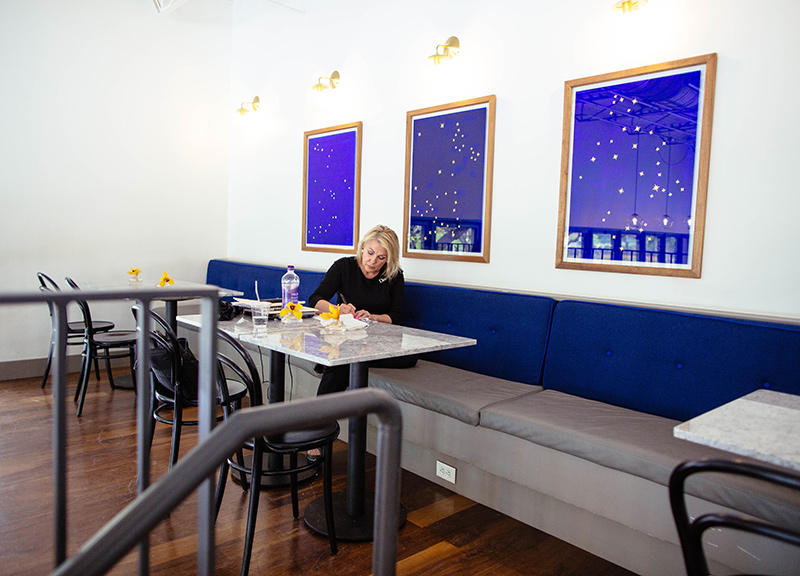 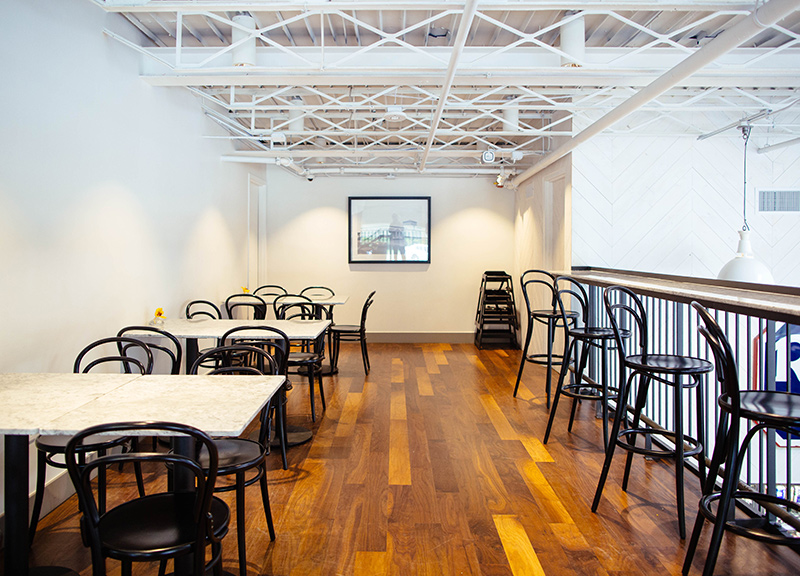 The rest of the menu also features the traditional Stumptown cold brew (a slightly more floral and acidic option), which Preseren says there will be more fun variations of in the near future.

As for the espresso, the roaster’s signature Hair Bender blend provides a sweet yet savory balance to your drink ritual. One drink in which these attributes effectively stands out is the iced dirty chai latte, where the sweetness enhances the flavor of the milk while the savory elements embolden the naturally fragrant chai tea.

In all, the menu largely focuses on the classics, but almond milk lovers can too find solace at this particular coffee bar, as cortados and lattes made with the dairy-free alternative are some of the most popularly ordered drinks. 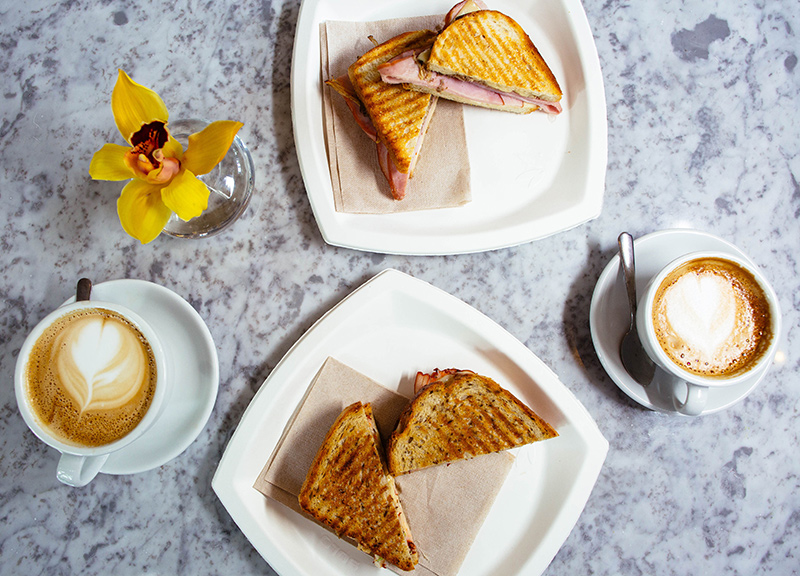 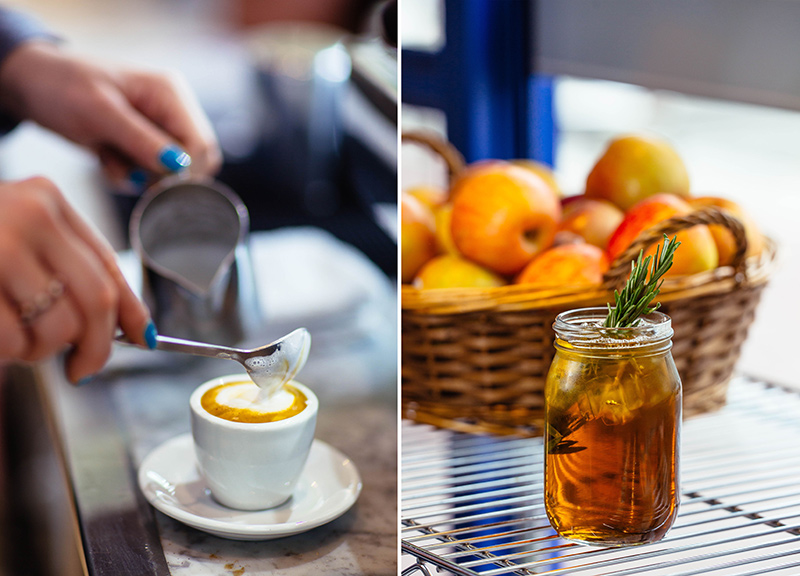 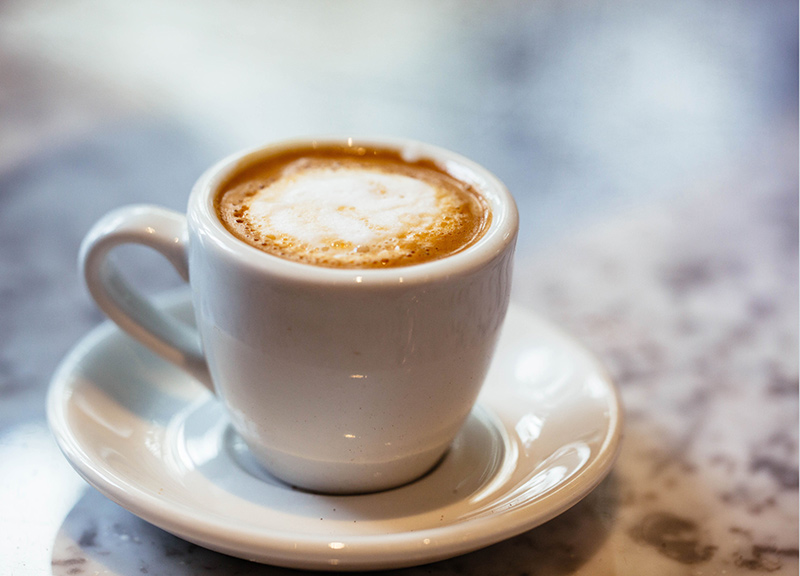 Although Royal Blue Grocery positions itself as more of a specialty market, the strength of the coffee bar — especially when combined with the store’s pre-made deli items and other artisanal goods that are sure to catch the eye — makes it a go-to destination for nearby working stiffs looking to get their coffee itches scratched.

Says Preseren: “We’re very proud to be a part of the ever-expanding scene here. We’re in the business we’re in, just like our coffee scene colleagues here, because of our love for great food and drink. Every day, we’re focusing on perfecting our craft, serving the very best coffee possible, and coming up with new creative ways to make your favorite cup.” 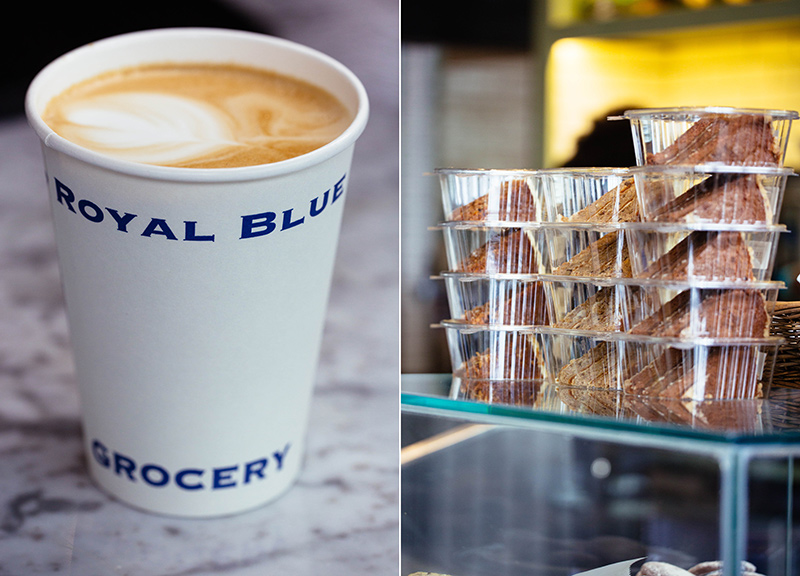 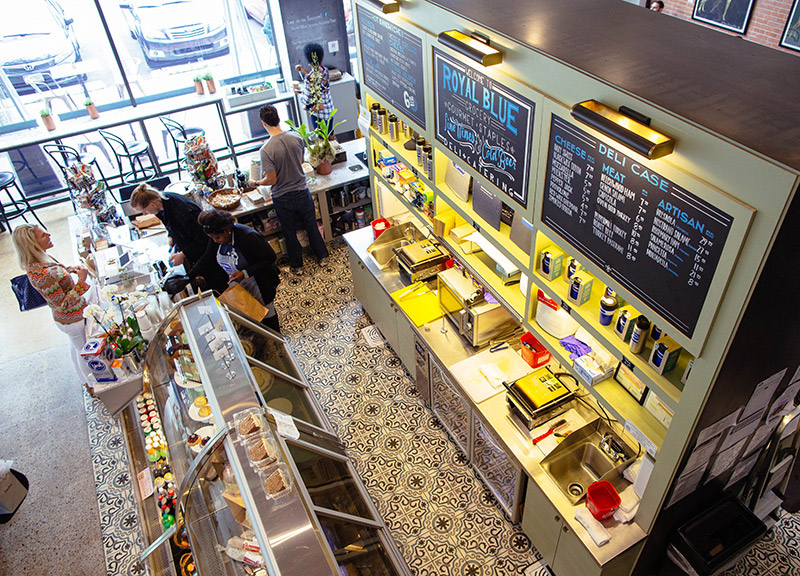 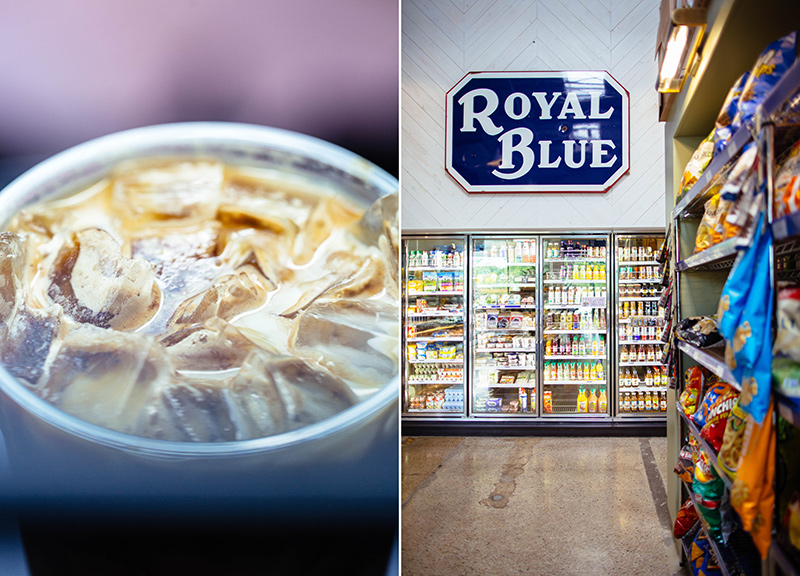 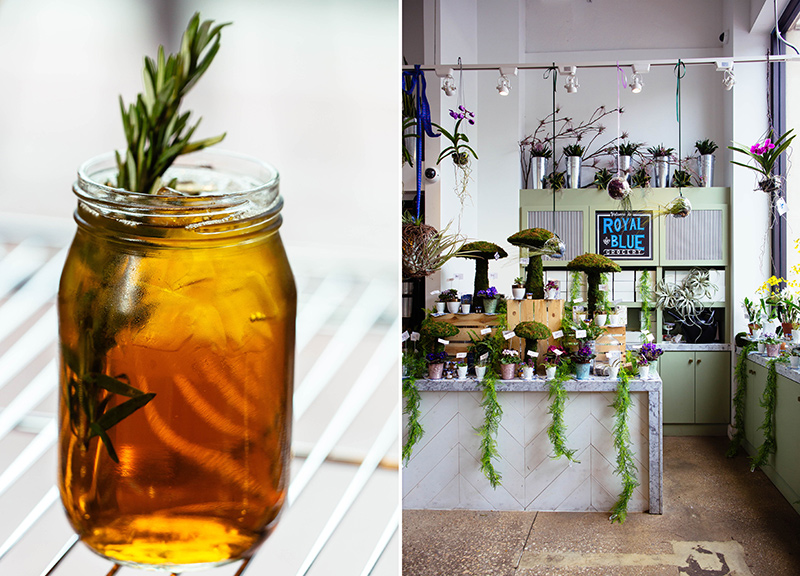 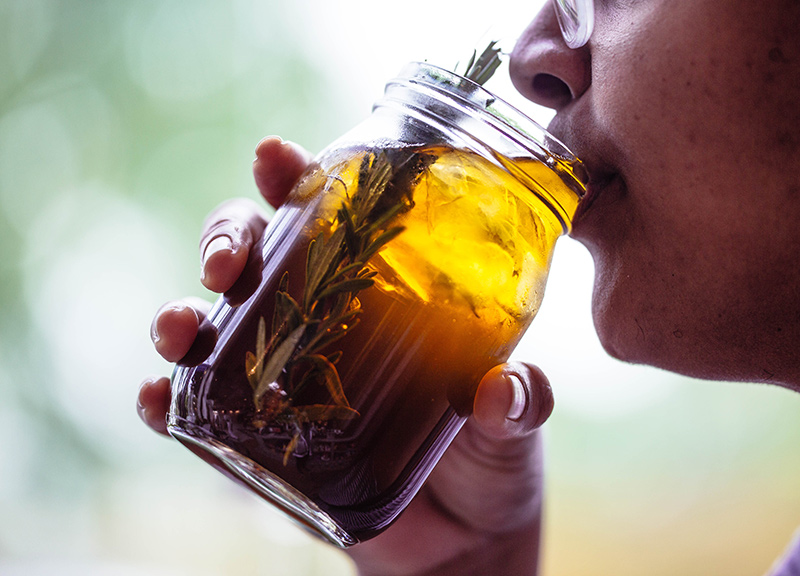 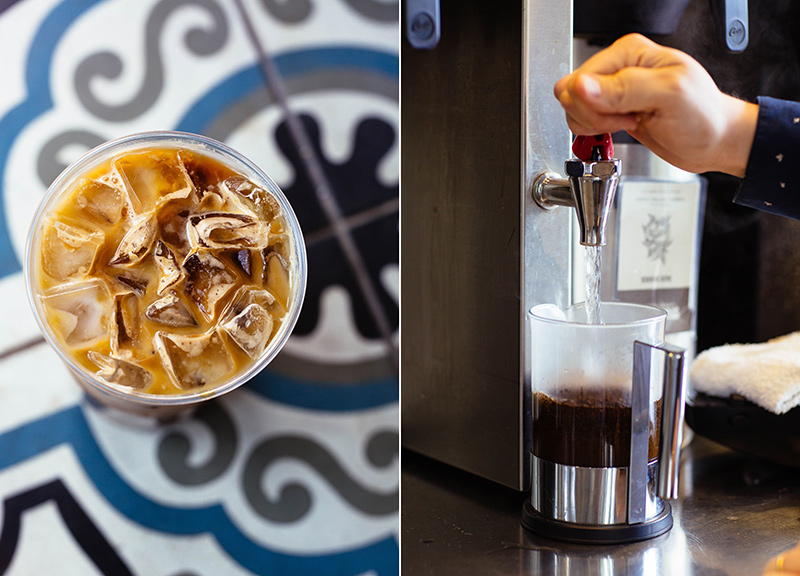 All photos by Kathy Tran.
No more articles