Things To Do In Dallas On Thursday, August 2. 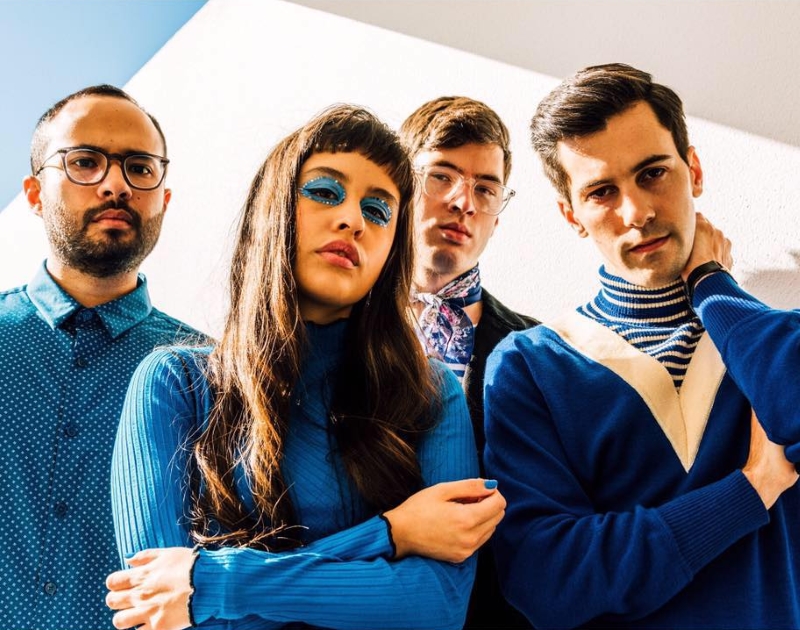 Not everything is as it appears. For instance, sometimes when you go to the zoo and think you’re looking at zebras, you’re actually just watching spray-painted donkeys. This was the case recently with a zoo in Egypt that has come under fire for faking one such exhibit.

Other things are exactly as advertised. With the following list of Thursday night happenings, what you see is likely just what you’ll get. — Cory Graves

Night Swim at SiSu Uptown Resort
Summer means endless pool parties! This is the one not to miss, the Texas State legend Big Neechi is hosting which means an unforgettable night. The “Shawty Wassup” rappers, Yung Nation will make a special appearance. — Gina Torres

From Nowhere: The Story of the Vaughan Brothers at Texas Theatre
Coming from a small home in Oak Cliff, the Vaughans grew into legendary rock stars sharing stages with Jimi Hendrix, Carlos Santana and David Bowie. The Vaughan brothers lived their best life and now through intimate memories you can view their rise on the big screen. — GT

Tommy Davidson at Addison Improv
Davidson started out doing comedy in D.C. gained quick fame that took him into Hollywood. He’s best known for his starring roles on In Living In Color and The Proud Family where he voiced Oscar Proud. No doubt it’ll be a good night.  — GT

Wizarding Science at Perot Museum of Nature and Science
Learn about all things magical from potions to creatures. Come dress as your favorite witch or wizard, and stay late for an evening of wizardry and the magic of science. It’s free with general admission ticket.  — GT

Love Never Dies at Music Hall at Fair Park
Andrew Lloyd Weber’s 2010 sequel to The Phantom of the Opera follows up 10 years after the original left off. The story leads to the re-connection of first loves the Phantom and Christine, and is a thrilling ride of obsession and romance. At the very least it’s way less played out than the first installment.  — GT

Cocktails and Cleats at Toyota Stadium
The FC Dallas party of the year! Go to meet your favorite players and bid in the silent auction. All proceeds will go to the FC Dallas Foundation. It will be hosted at the new Lamar Hunt U.S. Open Cup Club and get a preview of the National Soccer Hall of Fame.  — GT

Moonlight Goat Yoga at Le Meridien
Learn from the G.O.A.T. of yoga — actual goats. Deep Ellum Yoga is hosting the famous event plus stay for cocktails and cute baby goats! The purchase of a ticket includes a mat, bottled water, towel, cocktail sips and bites.  — GT

Seshollowaterboyz at The Bomb Factory
This hip-hop crew of underground rappers from L.A. have been making their way in the rap community. They’ve evolved from their heavy West Coast ’90s rap influence to the more current Soundcloud rap. The members include Bones, Chris Travis, Xavier Wulf and Eddy Baker. Each one brings their own style and collectively create a unique style that can’t be place in one rap genre.  — GT

Fitness, Wild Moccasins at Three Links
Imagine breaking up with the same person you’re in a band with, well that’s what Wild Moccasins new album is all about. Band members Zahira Gutierrez and Cody Swann broke up at the time when writing Look Together the album served as therapy, or so they say. Give it a listen, it might be all the therapy you need tonight, or maybe they created this generation’s Rumors. — GT

The Get Down at Off The Record
The first Thursday of every month, join DJ DRNRDX! From the old school hip-hop and R&B to modern hip-hop and rap. Don’t miss the night with the dopest playlist and DJ!  — GT

Hesienberg at Theatre Three
It’s opening night! The play Heisenberg by Simon Stephens is a time traveling adventure that brings love at different ages. It runs through  August 26. Catch it here as part of a double-feature that also includes a staging of Anna Ziegler’s Actually. — GT

Noir at the Bar at The Wild Detectives
It’s a dark day at TWD, where some of the grittiest noir authors read books, sign books and mingle. Grab your books and let’s go. Featuring readings from Kathleen Kent, William Dylan Powell, Opalina Salas, Michael Bracken and Michael Pool.  — GT