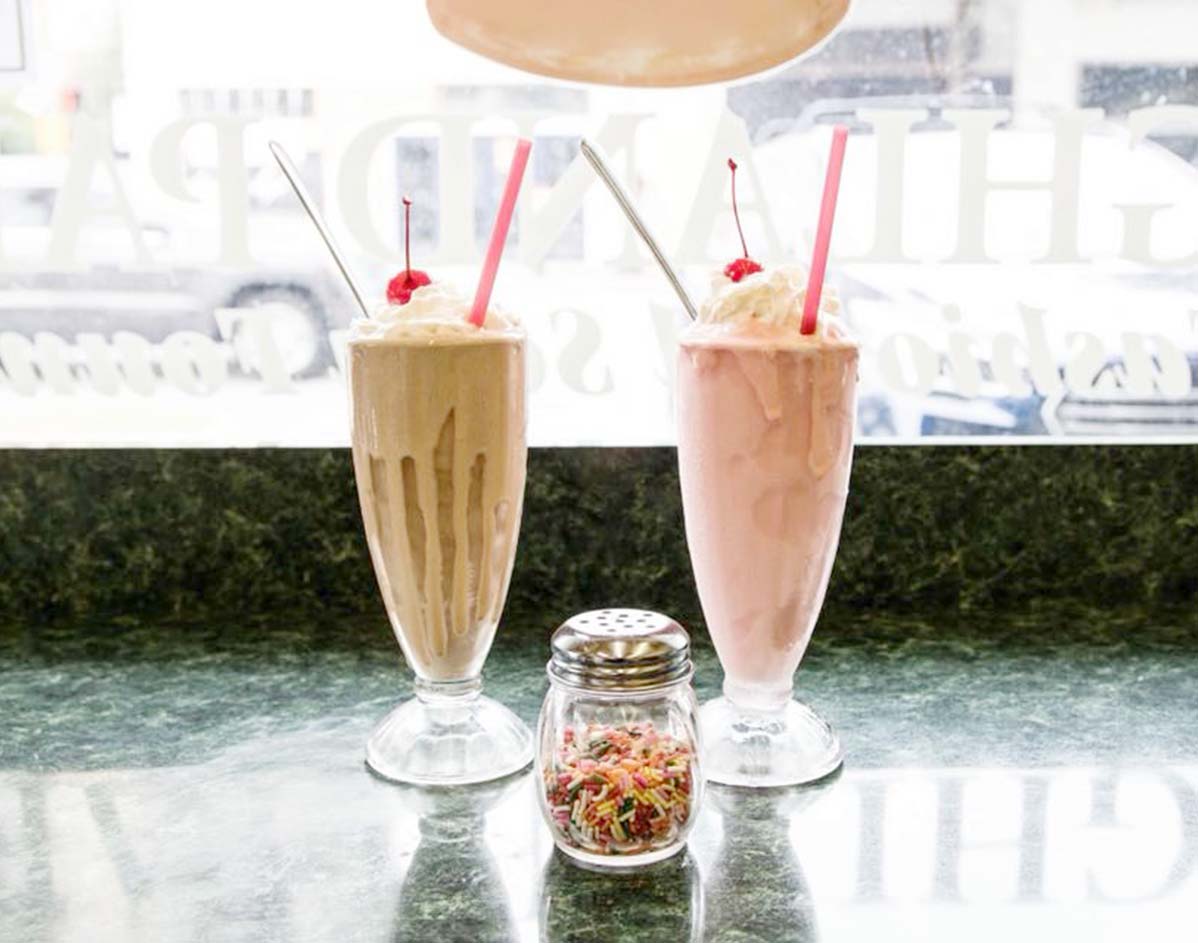 The venerable and adored Highland Park Soda Fountain shocked everyone this week by announcing that it will soon be shutting its operation down after 106 years in business. The Dallas Morning News was the first to report the news.

In recent years, the soda, malt and sandwich shop has stood as a sort of monument to a bygone era in American history. But even that monument will be bygone come Sunday, September 9, which is when owners say they’re going to be closing. If the sad face emoji-filled reactions we’ve seen so far to this news is any indication, you can — as is Dallas custom, never forget — expect the place to be flooded with customers looking to get one last meal (or, hell, one first meal) in at the spot before then.

That these people need such prodding, is of course, part of the problem. As the DMN report notes, the closure is mostly coming due to the fact that the spot’s neighbors at the also long-standing Weir’s Furniture are re-doing their building, which shares water lines, sprinklers and walls with the business formerly known as the Highland Park Pharmacy, thus meaning that operations inside must cease even if the soda fountain’s exterior isn’t being touched. Still, owners concede that their business “hasn’t always been profitable, and rent has gone up in recent years,” which is part of what makes their decision to pull the plug easier — especially considering that the shop’s landlords have made it clear that the business is invited to return to operations once construction is complete.

Asked by the DMN if there’s any chance the soda fountain will take its landlords up on that option, ownership said it was currently “undecided.” And while the business is also exploring possibly moving to another location, its social media channels sure are hyping up September 9 as a firm last call.

As ever, the lesson here is to appreciate what you have while you’ve still got it. That’s something the stalwarts at El Fenix are actively encouraging with regards to their own century-old business, actually. In honor of its 100th anniversary, the ownership behind the longest-running Mexican eatery in the U.S. are giving away a Mexican beach getaway — either to Cancun or Riviera Maya — to a member of its e-club, which diners can sign up to join right here. The deadline to enter is Thursday, September 13, which is also the date of the 22-location chain’s formal celebration of its anniversary. On that date, as the restaurant’s flagship location in Downtown Dallas, diners can enjoy food specials including $1 enchilada plates, live music and a free commemorative El Fenix Centennial Coca-Cola bottle for the first 750 dine-in customers on the day.

More good news for area eaters: Following a damning Dallas Observer report from May about issues within the city’s restaurant health inspection protocols, Dallas City Hall has implemented a new system for health inspections where food establishments are divided by risk level in order to lessen the burden for the understaffed health department’s overwhelmed inspectors.

Speaking of overwhelming things, yet another frozen dessert shop coming to the Bishop Arts District, despite the fact that the neighborhood is already kind of saturated with businesses of the sort. This latest arrival, a self-serve spot called YaYa Best Tex Mex Yogurt, will be located at 408 North Bishop Avenue once it opens in October. Per CultureMap, it will feature flavors ranging from horchata and piña colada to jalapeño and egg nog, along with various vegan options and an array of sorbets.

Out in Plano, meanwhile, D Magazine has the goods on a tasty-sounding newcomer called Milky Treats that’s is serving up ice cream and cereal creations from a quiet strip mall location at 7000 Independence Parkway. The concept specializes in “milky swirls” (read: vanilla soft serve blended with the cereal of your choice) and “milky donuts” (read: a warm, pressed doughnut filled with one of the housemade ice creams like Cookie Butter or Matcha Munchies). The shop is open daily from 2 p.m. to 10 p.m.

If coffee is more your speed, here’s some news that’s bound to give you a jolt: Walmart is getting into the coffee game by adding coffee counters to select Dallas stores. Yes, you read that right. Per GuideLive, LiftOff Coffee and Tea provides a streamline take on craft coffee, which is a fancy way of saying it doesn’t use any espresso machines. Instead, a coffee extract with a concentrate similar to espresso is served on draft, with steamed milk and foam added to make lattes or hot water for drip. The goal is for customers to be able to select their drink and to have it made for them by the time they go to pay, with options for hot, cold or frozen beverages available. So far, there are counters inside of Walmart locations in Mansfield and Garland, with plans in place for expansion throughout the region to further test market viability before the concept goes national.

In more endearing local news, the barbecue slingers Smokey John’s are set to re-open their business on Mockingbird Lane one year after they went under following a devastating on-site fire. GuideLive has the heartwarming story on the family behind the joint’s fight to get back in the game through extensive renovations after their space was destroyed in a grease fire on September 9, 2017. A second opening for the spot is slated for late next month.

Over in East Dallas, meanwhile, Misty Norris’ pop-up restaurant is going legit. Five months into her Petra and the Beast experiment, the concept from the James Beard Award-nominated former Small Brewpub and FT33 chef will now continue its locally-sourced, “whole utilization” focus cooking for the foreseeable future. That commitment in place, expect some renovations coming to the East Dallas spot soon.

And finally this week, let’s end our column as we usually do, with some craft beer news. Specifically, let’s talk Oak Cliff Brewing Co., which is aiming to open its taproom to the public by the end of the month. The 14,000 square-foot Tyler Station brewing facility will start off producing the brand’s core four brews — Export Lager, Black Lager, Farmhouse Saison and Oak Cliff IPA — with plans for other small batch beers to follow. Keep your eye on the brewery’s Facebook page for distribution details as they come.

Cover photo via Highland Park Soda Fountain’s Facebook page. Got a tip for The Spread? Email us!