46 Things To Do In Dallas This Weekend. 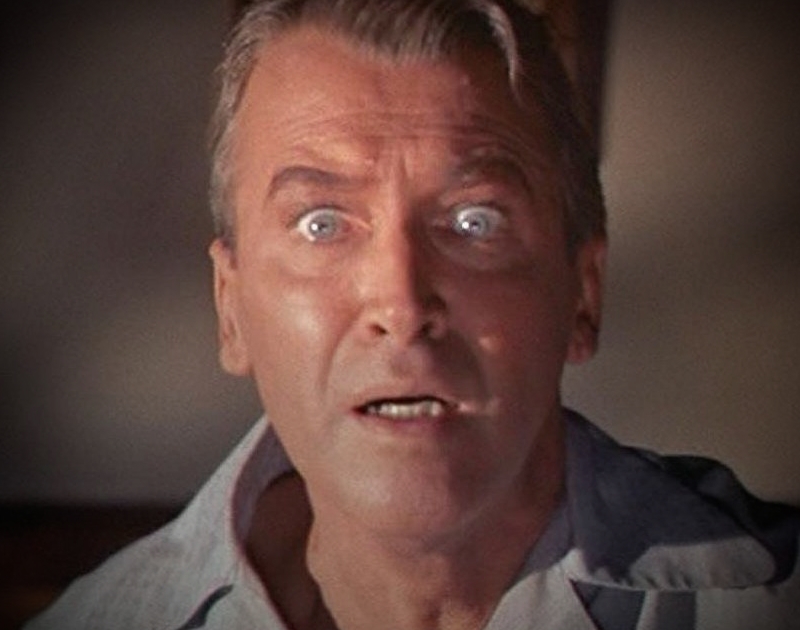 Ride the Bull at Jerryworld, Get Vertigo at the Inwood, Make Fun of The Room at Pocket Sandwich, Shop Small in Deep Ellum and More.

According to authority on the matter, there are at least five exercises you can do to remind yourself that you’re better than a frog.

Let’s add to that a sixth task. You know what else makes us better than the frogs? The ability to look at internet websites and use both our reading and critical thinking skills to determine the best ways to spend our weekends.

That said, you’re welcome for yet another opportunity to prove your superiority below. — Cory Graves

Bring Me the Horizon at South Side Ballroom
The English metalcore outfit is back, on the heels of the new Amo LP that came out in January. This album was promoted with a cryptic marketing campaign, and when the track listing was revealed, unexpected features with Rahzel from The Roots and Grimes were announced. Thrice and Fever 333 open. — Garrett Gravley

Nikki Glaser at Addison Improv
The delightfully off color mind behind the Comedians Sitting on Vibrators Getting Coffee series, and perennial Comedy Central Roast participant will bust out five stand-up sets over the course of three days in town. — CG

Vertigo at Inwood Theatre
This has never been my favorite Hitchcock, but it’s one of the best movies ever made about obsession. In it, Jimmy Stewart plays a detective obsessed with a woman who looks like another woman — one he couldn’t save. It’s a twisted game, for sure. It’s also still hard to see Jimmy Stewart play such a creep. It’s like seeing Tom Hanks as a cold-blooded murderer. But, as is true with most great directors, even their prickliest movies have a lot to admire. — Kip Mooney

Jim Jefferies at Majestic Theatre
The offensive-yet-charming Aussie comedian — he of the Comedy Central show of the same name — performs a gig at The Majestic for one-night only. — Diamond Victoria

Sinbad at House of Blues
The poster child of The Mandela Effect and star of such ’90s comedy staples as Necessary Roughness, Good Burger, First Kid and Jingle All the Way — but not Shazam, sadly — will once again grace Dallas with a stand-up comedy set in. Side note: Did you know that Sinbad went to 35 Denton once? He even tweeted about it and called Dan’s Silver Leaf “Dan’s silver lead.” Classic typo! — GG

Delbert McClinton at Granada Theater
The guy that taught John Lennon some harmonica licks headlines a theater that’s even older than The Beatles. — CG

Magic City Hippies at Trees
The millennial answer to Jimmy Buffett have gone from panhandling on the streets of Florida to sharing stages with people like Paul McCartney. Future Generations open. — CG

Lee Ann Womack at Kessler Theater
I hope you dance. I also hope you don’t talk so loudly throughout the show that you get kicked out and publicly shamed. — CG

Ward Davis at Mama Tried
The Arkansas cowboy that co-wrote Cody Jinks’ breakout hit “I’m Not the Devil” headlines a stage Jinks probably would have played six years ago had it been open. — CG

Jonathan Tyler & the Northern Lights at Dan’s Silverleaf
This week Jonny does Denton, next week he’s back in Dallas at the new Blue Light. — CG

Dreamgirl, Acid Tongue at Three Links
A year after dropping its first full-length, the Kanasa City dream-pop outfit is back in town to remind us that warmer weather is right ahead. Acid Tongue also performs. — CG

True Stories at Angelika Film Center
Filmed in North Texas, it’s still kind of amazing that a major studio funded a project as bizarre as David Byrne’s one and only directorial feature. A serious of loose vignettes about a small Texas town and its residents and visitors, it’s got plenty of oddball characters, yet it’s sweet-natured and not condescending, even though Byrne isn’t a Texan. It’s got an excellent John Goodman performance and a stellar soundtrack. — KM

Duell Futureless Album Listening Party at The Tin Panther
We premiered the lead single from the heavy Fort Worth outfits new record right here. You can hear the rest of the album at this listening party. It’ll be available for purchase February 15. — CG

The Manufactured Myth of Eveline Flynn at Theatre Three
The company’s daring new musical stars a quirky character that can’t tell the difference between her dreams and reality. Hilarity ensues? It runs Thursdays through Sundays until February 24. — CG

The Roof: A Loving Parody of The Room at Pocket Sandwich Theatre
An encore of a stage show that’ll tear you apart, Lisa. It will not hit you. It will nooooooooot – except for maybe in the funny bone. — CG

Gabriel Iglesias at American Airlines Center
The morbidly obese stand-up has been called a comic genius by a number of critics who are, no doubt, impressed with his wide array of material which includes jokes about his weight, food, his propensity to wear Hawaiian shirts and overuse the term “fluffy.” — CG

The Gorehounds, The Deadbeat Club at Three Link
For Links’ annual Lux Interior tribute night, members of the bar staff pay tribute to both his band The Cramps and, for good measure, The B-52’s. — CG

Chinese New Year Festival 2019 at NorthPark Center
The Crow Museum rings in the Year of the Pig with its 20th annual Chinese NY fest, featuring dance and martial arts presentations, among others. — CG

Tracyanne & Danny at Dada
Following the 2015 death of her Camera Obscura bandmate Carey Lander, Tracyanne Campbell has found herself a new collaborator and bestie in Danny Coughlan. — CG

Kongos at Trees
Hailing from Arizone-via-South Africa, the four sons of South African rock star John Kongos — he of the international 1971 hit “He’s Gonna Step On You Again” — bring their alt-rock back to Dallas in support of a new LP, 1929 and mini documentary. — CG

PBR Global Cup at AT&T Stadium
Not a cheap beer drinking competition, this is a professional bull riding championship. Here, cowboys from all over the globe will compete for the title of world’s best. Buckin’ A! — CG

Alejandro Escovedo at Kessler Theater
Backed by the Don Antonio Band, the Belmont Hotel resident performs his latest album, The Crossing, his first for YepRoc. It’s a little more punk in nature than some of his previous works, even featuring guest appearances from MC5’s Wayne Kramer. — CG

Traitors at Tomcats West
The Florida deathcore outfit hits the Fort, where Angelmaker, VCTMS, The Human Experiment, Ashen, Hunt the Dinosaur and Coma all perform (short?) sets as well. — CG

REIK at The Bomb Factory
It doesn’t really matter if you understand what Mexico’s Reik is singing in Spanish. It’s romantic as hell, so if you’re ready to swoon, it’s time to hit up The Bomb Factory. – Obed Manuel

Deep Ellum Outdoor Market/Valentines Party
Over 50 extremely local vendors will be hawking their one-of-a-kind wares near Crowdus and Main. — CG

Deep Ellum Mimosa Walk: Valentine’s Day Edition at Life of Riley
A sip and shop featuring dozens more local vendors, luring you into their shops with promises of free mimosa refills. Just stop by Life of Riley to pay for a souvenir glass first. — CG

Way More Waylon: A Waylon Jennings Tribute by Raised Right Men! at Dan’s Silverleaf
Hank may have not done it this way, but ol’ Waymore probably did it pretty damn close. — CG

Deep Ellum Dating Game at Three Links
Local comedians Jade Smith and Drew Lyons host this event that will feature a game that is a hybrid of the classic Dating Game and Singled Out. Winning couples will get tickets to various shows around town. The real question is will someone find their boo? — OM

Red Velvet at The Theatre at Grand Prairie
The K-pop girl group makes Grand Prairie one of just six stops on its first-ever US tour. The tour’s named after latest record REDMARE and its implied sweet-yet-spooky pop magic. — CG

Cochon555 Epic Culinary Competition in Dallas at Four Seasons Resort and Club Dallas at Las Colinas
Five chefs and winemakers will cook five whole pigs, competition style. On the whole, more than 100 chefs, farmers, sommeliers and other food industry types will be on hand for this big industry feast. — CG

North Texas Craft Beer Chili Challenge at L.U.C.K.
The local urban craft kitchen has, for the fifth straight year, issued a challenge to all the breweries in North Texas to come up with a unique chili recipe using one of their beers. For $10 you get to taste 10 cups in this competition, where everyone’s a winner, really. — CG

Cold-Weather Clam Bake at BrainDead Brewing
Want an in on the heavy clambakes? Look no further, as in, I think this might be the only one. And it looks like the weather’s going to cooperate and get all cold again just for the occasion. — CG

Pacific at The Prophet Bar
The UK piano rockers have only been at it for a couple years, but they’re reportedly managed by a guy that used to work with Muse and Grace Jones, so perhaps they’re on an upward swing already. — CG

Murder By Death & J Roddy Walston And The Business at Gas Monkey Bar N’ Grill
Murder by Death (the band, not the movie) brings its blend of dark indie rock, gothic folk and brooding alt-country to Dallas. For what it’s worth, the band always seems to turn things up a notch when performing in town, probably because bassist Matt Armstrong spent his formative years in Dallas. Whether or not that pattern continues to hold, you should prepare your liver for an onslaught of whiskey just in case. — Lauren Rushing

Aaron Carter at Cambridge Room
The guy who beat Shaq, and went to Spillover out of nowhere five years ago, is still riding the residual wake of popularity, which is taking him to the Cambridge Room at House of Blues. Believe it or not, the child pop star is still making music – last year, he released an album called LØVË (in all caps and with letters not conventionally used in the English language, because it’s aesthetical!) — GG

Fascism: A Warning w/ Madeleine Albright at McFarlin Memorial Auditorium (Sold Out)
The first-ever female United States Secretary of State is in Dallas to speak about and sign copies of her No. 1 New York Times bestseller Fascism: A Warning. — CG