The Hall Of State At Dallas’ Fair Park Has Flooded. 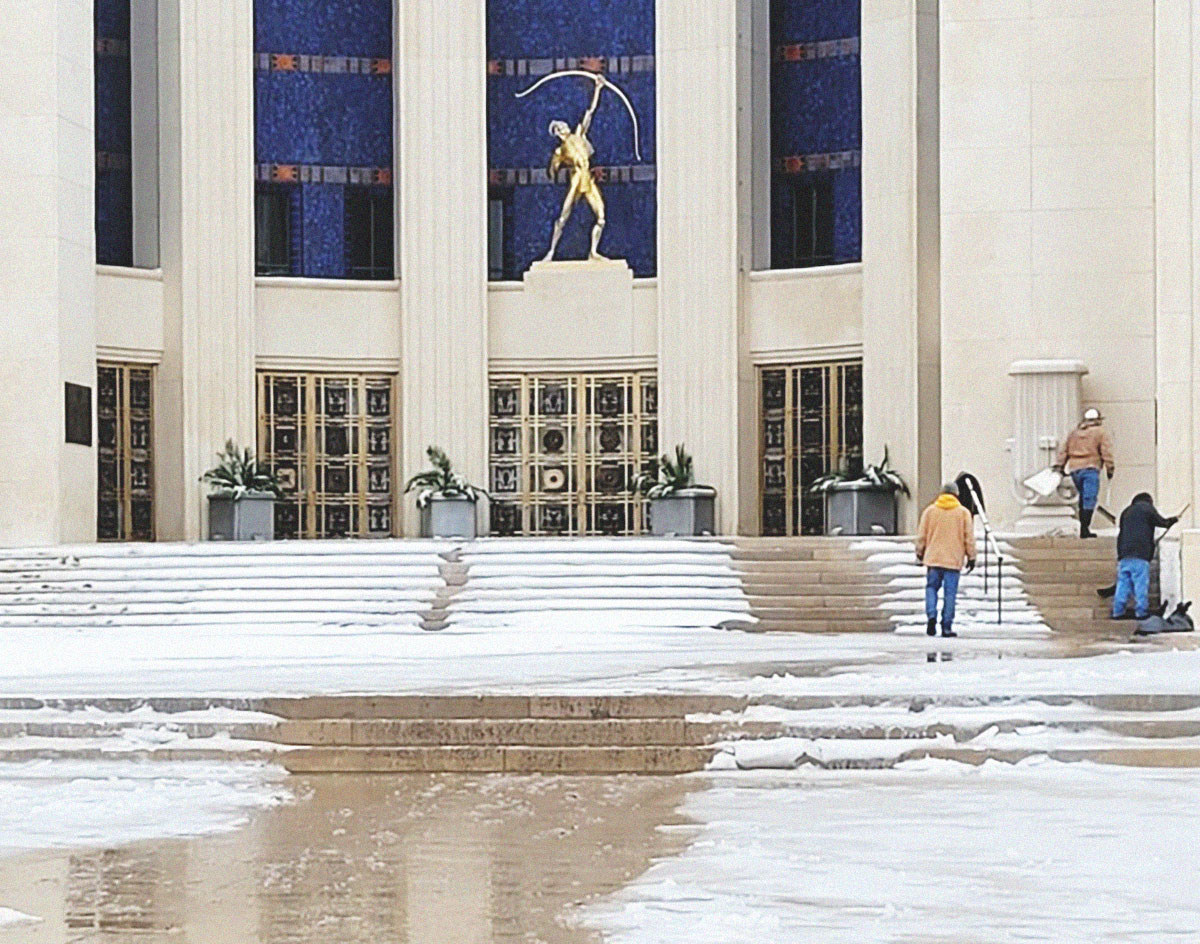 One Of ‘Multiple’ Fair Park Buildings Dealing With Water Damage As A Result Of The Winter Storm, The Hall Of State Recently Completed $14.4M In Renovations.

Along with various residences across the region — and even the Dallas County civil courthouse, the George Allen Courts Building — a number of Dallas’ most historic landmarks are also dealing with fallout damage resulting from this week’s crippling winter storm.

An official with Fair Park operator Spectra confirms that “multiple” properties throughout the 277-acre, city-owned campus have suffered “water damage” in the wake of this week’s below-freezing temperatures — most notably its hallmark Hall of State building, which recently completed a three-year, $14.4 million renovation funded by a bond package that Dallas voters approved in 2017.

The full extent of the damage to the 1936-built Hall of State is not yet known, nor is it clear yet at this point which other buildings in Fair Park — many of which were also built around the same time — have been affected. Spectra senior director of marketing Julian Bowman says the private management group will need at least the rest of the week — likely longer — to assess the scope of damage across all Fair Park properties.

On Wednesday afternoon, workers with the Phoenix 1 Restoration contractors who recently finished the building’s renovations were on site at the Hall of State, pumping water out of the building. Sources tell us they believe the damage, as with many other properties throughout the region, resulted from frozen water pipes bursting in the building’s lower floors.

“We’re dealing with a bit of an emergency,” said Karl Chiao, executive director of the Dallas Historical Society organization tasked with maintaining the Hall of State, when reached by phone. “We’re still assessing it right now.”

Former Dallas City Council candidate and Friends of Fair Park executive director Matt Wood is more succinct and direct when reached by phone to share his own perspective on what happened: “There’s been a flood.”

In the coming days, it will become increasingly clear how much damage Fair Park at large has suffered — and how much of those $14.4 million in Dallas taxpayer-underwritten Hall of State renovations have been spoiled.

This story is developing and will be updated as more information becomes available.