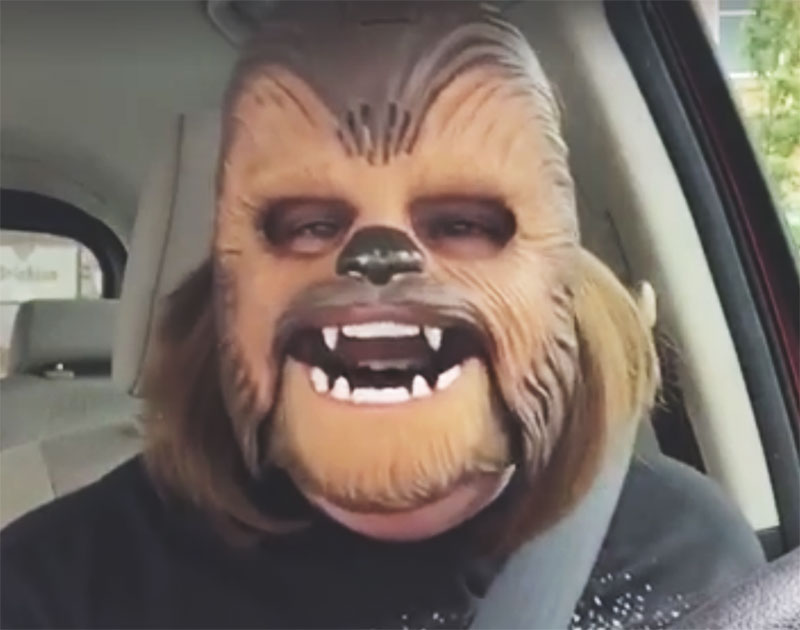 Does anyone even care about Chewbacca Mom anymore? Nope. No one gives a fuck.

But don’t tell that to Nia Vardalos of My Big Fat Greek Wedding fame, because she’s set to star in a new show she’s developing for Bravo that was inspired by Grand Prairie’s own Candace Payne. The two met while they were each promoting who-knows-what on the set of a morning show last year.

The working title of the show is Suburbs Famous, which, yes, sounds about as boring as a show about the suburbs can be. Vardalos is co-writing the show’s script with Raising Hope writer Mike Mariano.

Of course, it goes without saying that Payne is without a doubt one of the worst examples of someone who abused their overnight fame. After all, she piggybacked on the downtown Dallas shooting last year that left five dead by posting a cover of Michael Jackson’s “Heal The World” on her YouTube account in order to extend her 15 minutes — minutes that we thought were long up until this news of a TV came along.

Anyway, we’re not alone in our disdain for Payne. Most folks wised up and stopped giving her the time of day shortly after she went through a string of inexplicable success based on no apparent talent other than her giddy laugh and — as AV Club describes it — the “white mediocrity” that comes along with being a white suburban mom who did something slightly out of the ordinary.

So, yeah, here’s your chance to not contribute any more to the shit-fuckery that is undeserved viral internet fame. Do the world a favor: Don’t tune in once this show goes on the air, should it get that far.