Things To Do In Dallas On Wednesday, August 16. 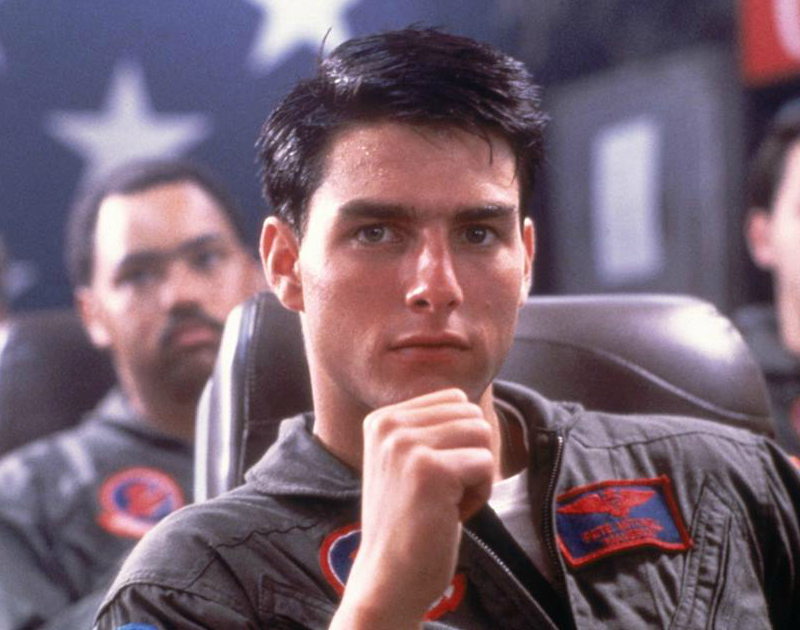 Feel The Need For Speed Watching Top Gun At West Village, Celebrate The Women Texas Film Festival And Do The Meat Wave At Double Wide.

If you’re feeling the itch for some fresh ink but aren’t sure what tattoo you want, the folks over at Elm Street Tattoo have a solution: leave it to chance.

They’ve set up a tattoo design dispensing vending machine. Whatever design comes out of the little capsules, the shop artists will ink onto you for the bargain price of only about $100. So feel free to stop by the shop and grab a design and quick tat if you’re walking through Deep Ellum tonight.

But if an impromptu tattoo isn’t necessarily the adrenaline fix you’re looking for today, then perhaps one of these happenings will do the trick for you.

Johnny Cupcakes Pop Up Shop at The Libertine Bar
Your chance to tame your sugar craving with the world’s first t-shirt bakery. Buy a shirt, eat a cupcake.

Dollar Hot Dog Night at Globe Life Park
The title says it all. Enjoy your summer with some cheap hot dogs and Texas Rangers baseball.

Meet The Bats at Fort Worth Botanical Garden
Get your head in back-to-school mode at this educational event where you can learn about the bat population in the U.S. and the current wave of disease that is affective their total numbers. You’ll be able to make a donation to the Bat World MidCities, a group that raises awareness about the bat population.

Lake Street Dive at Granada Theater
This Boston quartet of two guys and two girls blend full of jazz with a general alternative style that has a truly peculiar sound. This one is sold out, but maybe you’ll get lucky and someone will sell you a ticket.

Laetitia Sadier Source Ensemble at Three Links
Laetitia Sadier left her old band Stereolab because she was tired of cultivating static sounds on what she called “the same piece of land.” But even with her new crew in tow and a newer blend of sounds rangin from flamenco to pop, the British singer has maintained her style, unafraid to confront political and social issues through her music. Catch her most recent solo project at 9 p.m.

Meat Wave at Double Wide
You can stream this alternative/indie Chicago band’s 2017 album The Incessant right here before you head over to Double Wide to jam and pound a few cold ones.

Movie Night: Top Gun at West Village
See this Tom Cruise classic about a pilot whose reckless behavior puts him at odds with his peers and his superiors. Free showing.

Women Texas Film Festival at Studio Movie Grill
Kick off the four-day festival of short films about badass women. The films explore everything from success and failure to rape culture and gender-based discrimination. Get woke.

Seeing Red: Symbolism at Oak Cliff Cultural Center
Learn about the soil we walk on and discuss the interpretation on American Indian symbolism. This event offers thought-provoking discussion panels with the insight on modern day American Native.

As Earth Shatters at The Prophet Bar
The St. Louis heavy metal group comes to town to rock the stage. Ten bucks gets you in. Chemicaust, Cropdust and Gruesome Fate also perform.