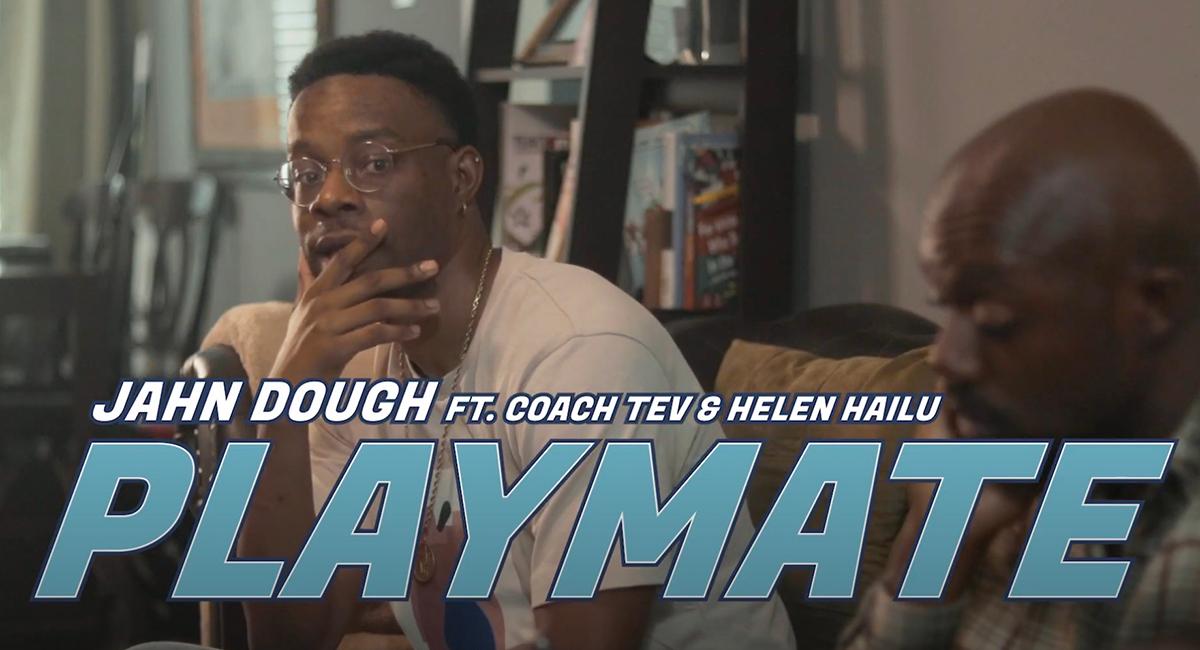 With His Second Project In Less Than A Year, Jahnny Duffle Taps A Legion Of Artists For Quite The ‘Joyride’ Of Dallas Hip-Hop.

Now, he’s already followed it up with a seven-song EP titled Joyride, which boasts a feature from Dallas hip-hop notables on every track. There’s the easily catchy “Bang” featuring silky-toned singer LaVoyce, and “Alone” with Matt Swagnew, which invokes late ’80s/early ’90s hip-hop classics — both have appeared on our weekly playlist series.

The standout track from Joyride is getting the video treatment now. Assisted by Coach Tev and R&B singer-songwriter Helen Hailu, “Playmate” feels both modern and classic.

Riding a beat laden with funk bass lines, Dough opens the track with a magnetic verse — each bar feels like it’s reverberating off the last: “Never ask for much/Just keepin’ it a buck/I don’t like my business in the streets, so keep it on the hush/What’s the rush/Down in Texas, yeah we riding’ slow.” Anchored by his effortlessly mellowed tone, “Playmate” — and much of his fittingly-titled EP — is meant for cruising under the Texas sun.

Hailu’s voice is slightly understated on this track, but it works quite well. Her honey-like vocals make for an effective harmony contrast Dough’s chorus of “I got that yeah yeah/She got the whoa whoa.”

Coach Tev’s footprint is all over Dallas music this year, and you love to hear it. His distinctive flow matches the song just enough for the right assist on a collaboration that doesn’t feel forced. As is always the case when he hops on a track, his verse holds a quick, specific cadence of assertiveness. When he raps, “You know the name/You know the city I’m from/I might just get it and run,” you know exactly who you’re hearing from.

And speaking of never feeling forced, the video for “Playmate” (shot by Coach Tev’s Nicely Done Visuals) is stripped down, with shots of the trio and their circle sun-washed in warm lighting for what feels like the easiest-going of Sunday afternoons. The closing shot also features a short, mood-matching clip from the 1973 film The Mack on a vintage antenna TV — an excellent nod to the time from which the song seems influenced by. Nicely done, indeed.