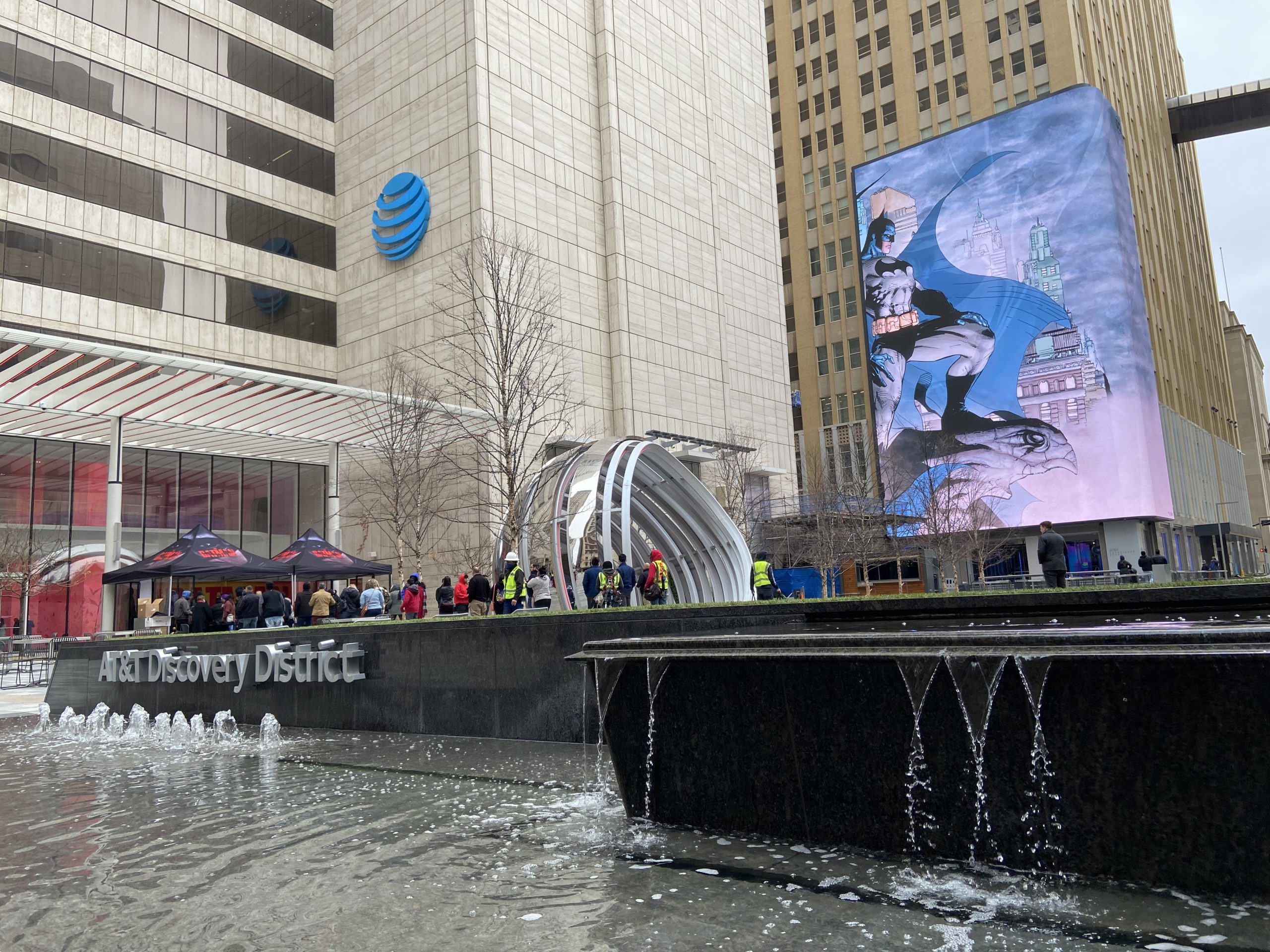 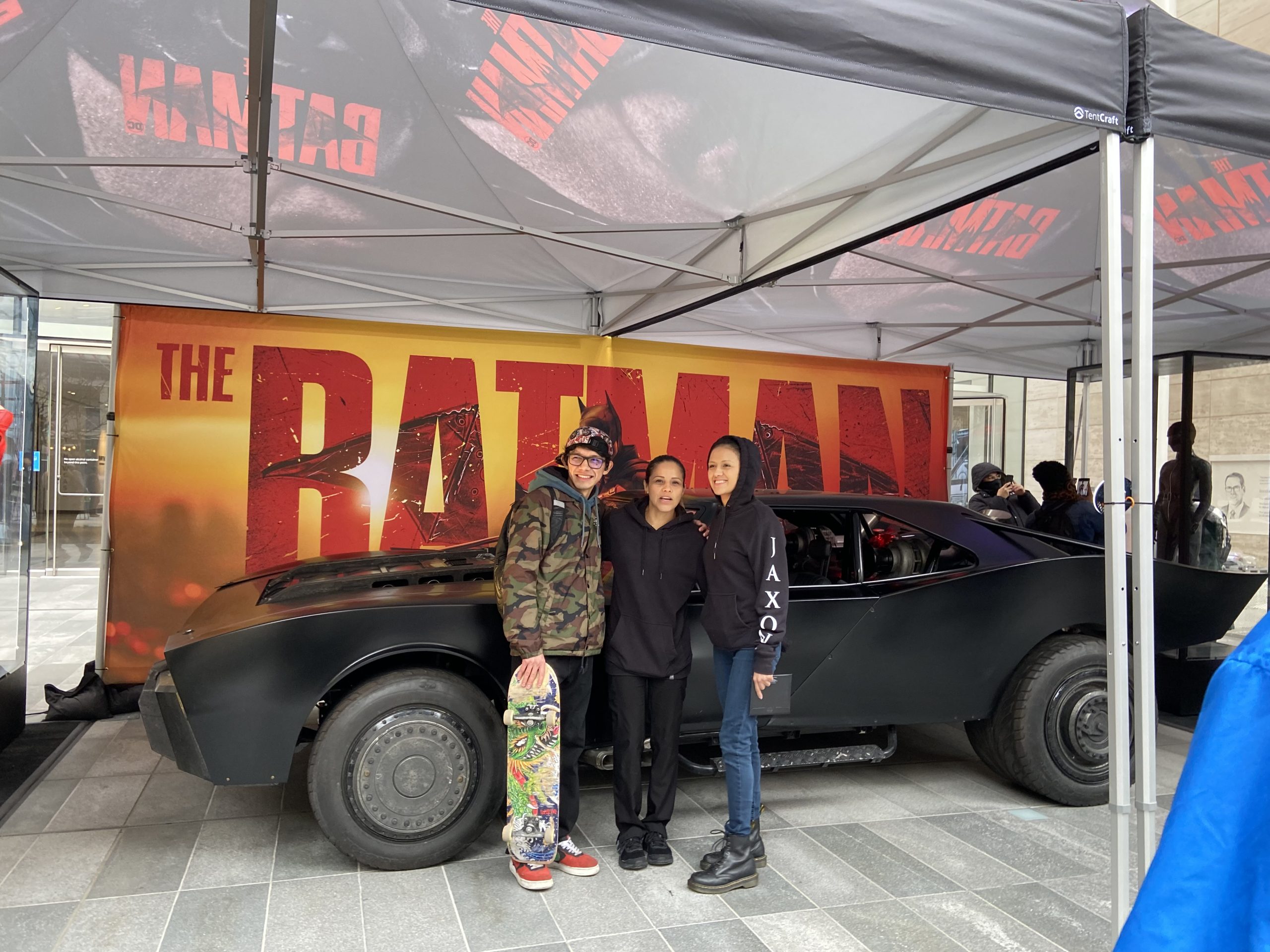 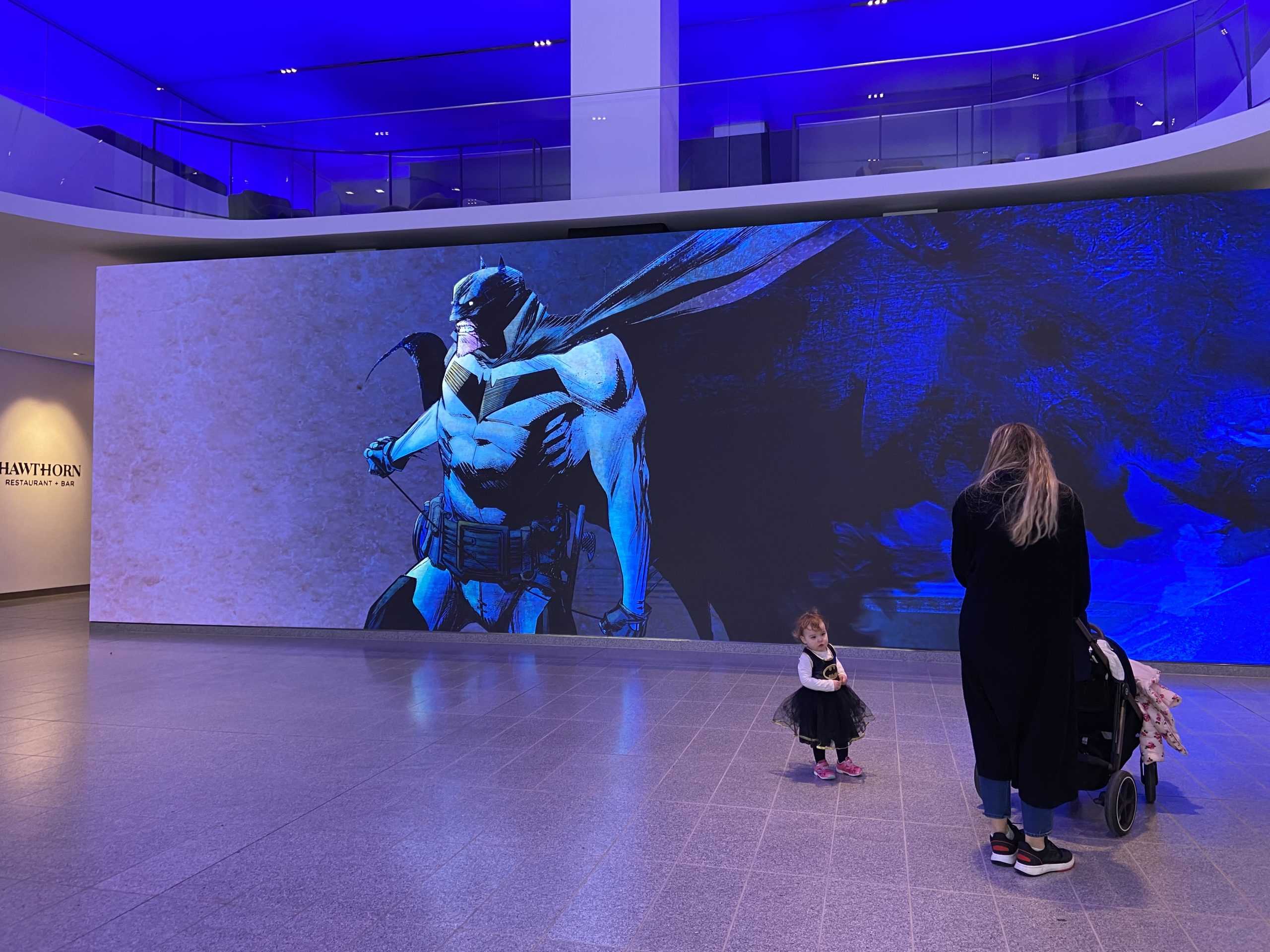 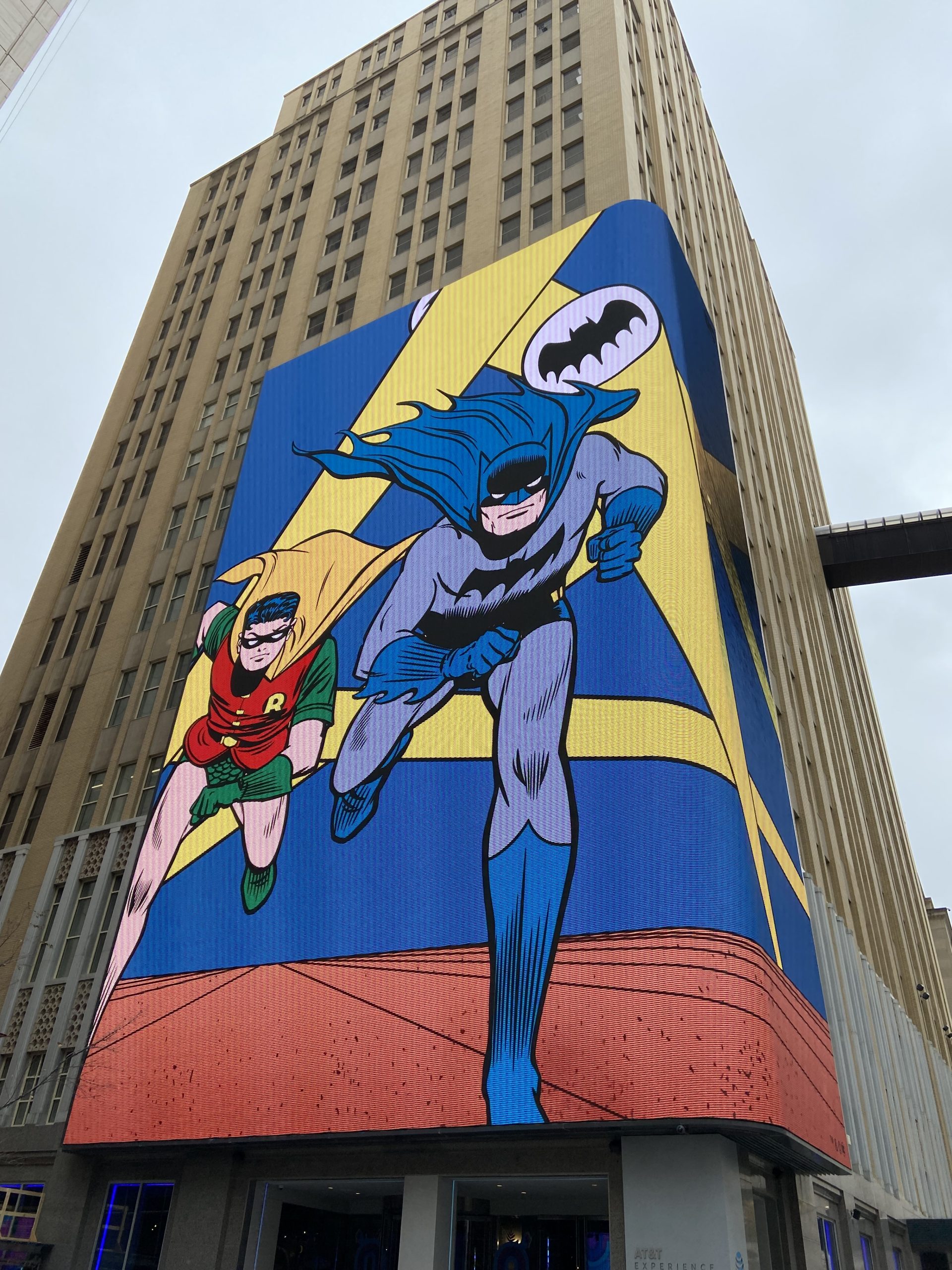 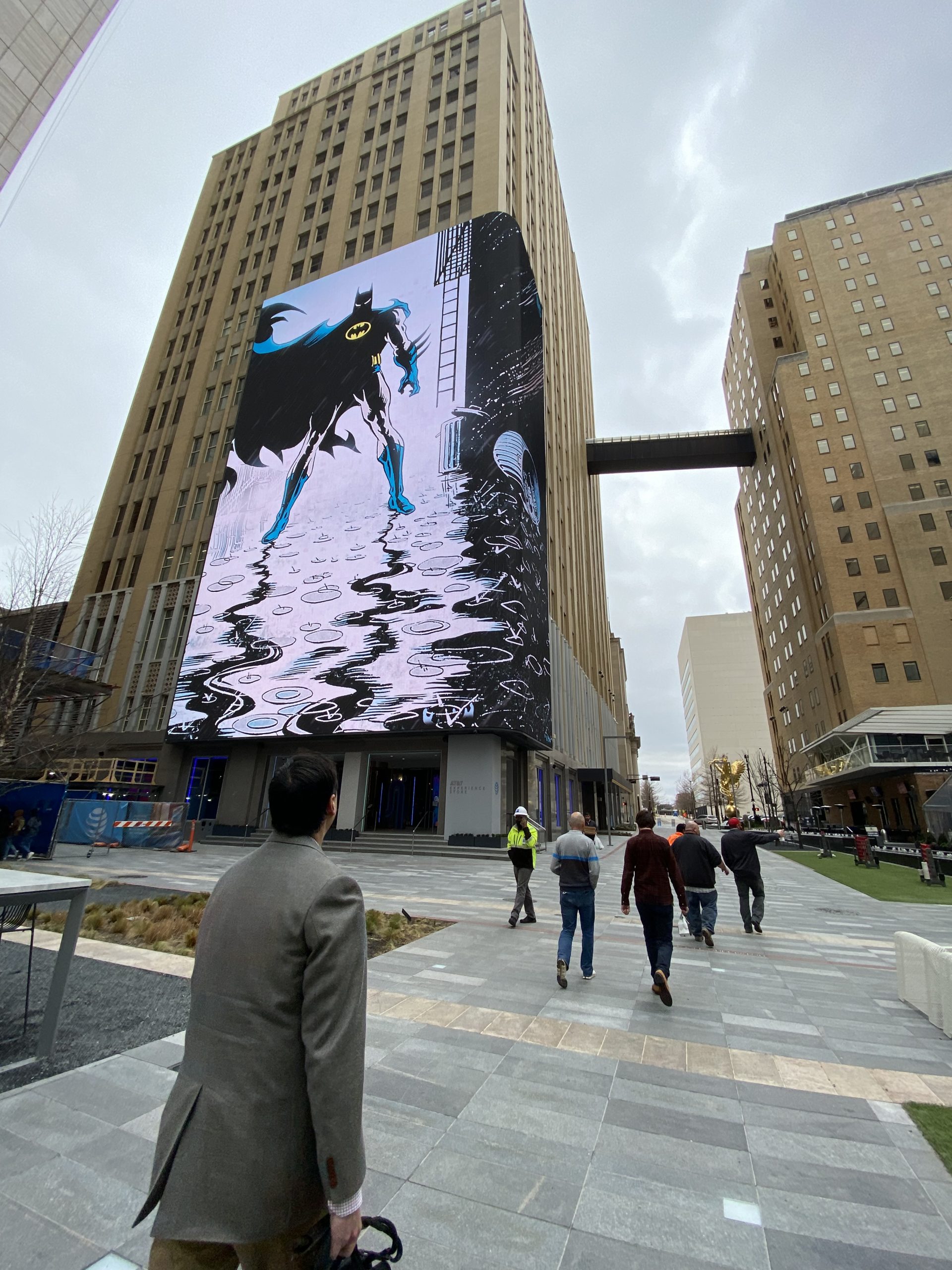 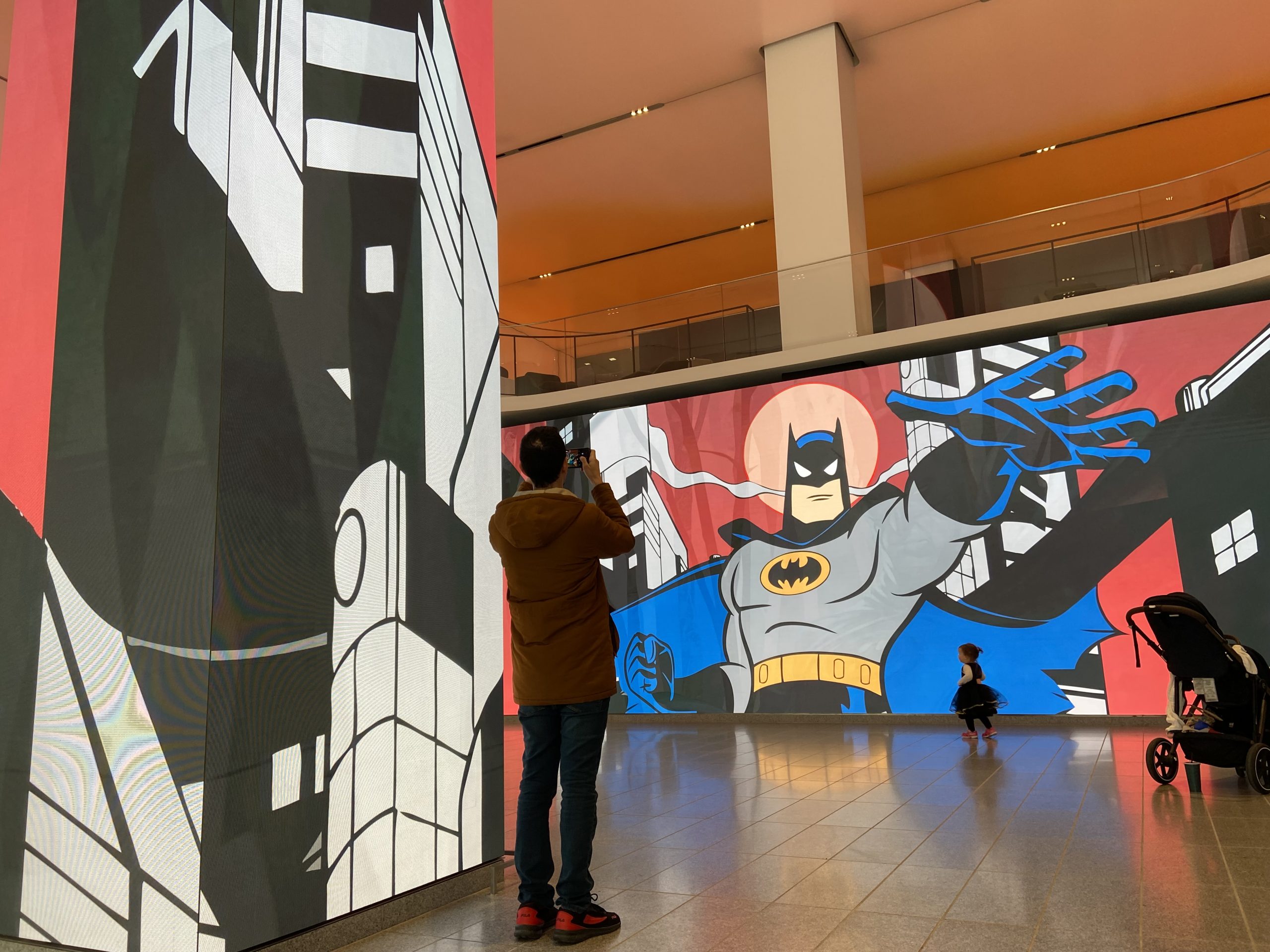 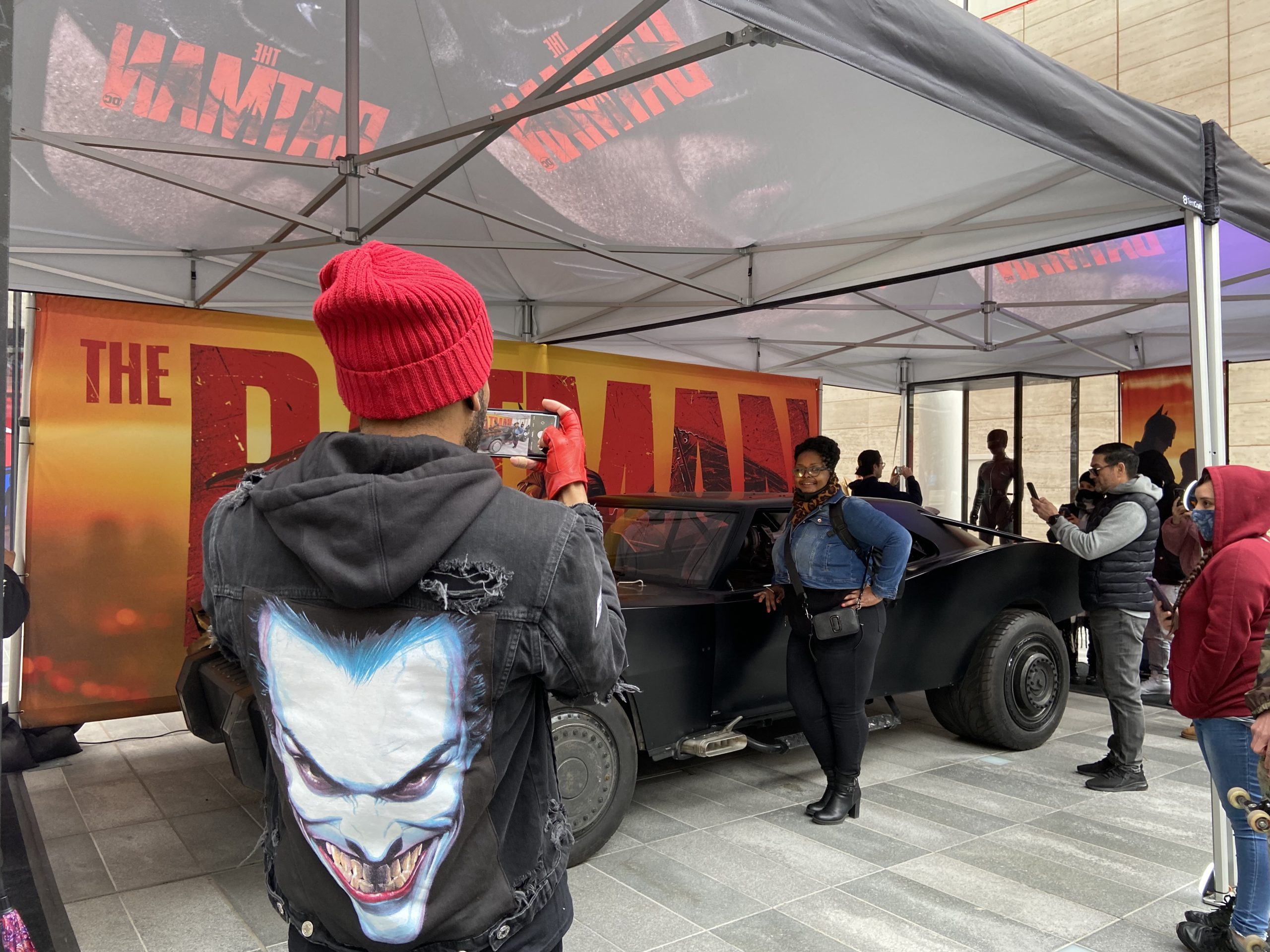 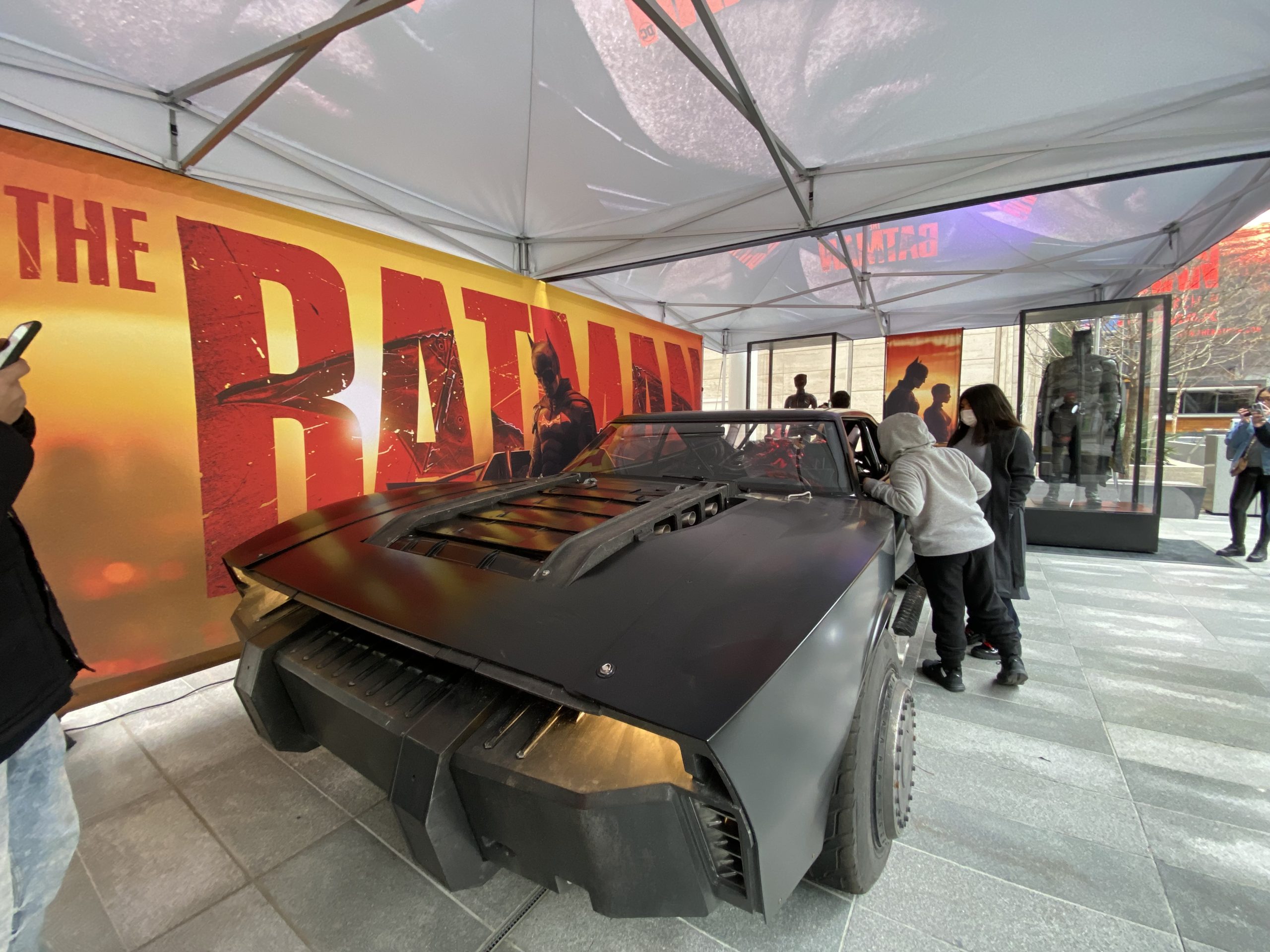 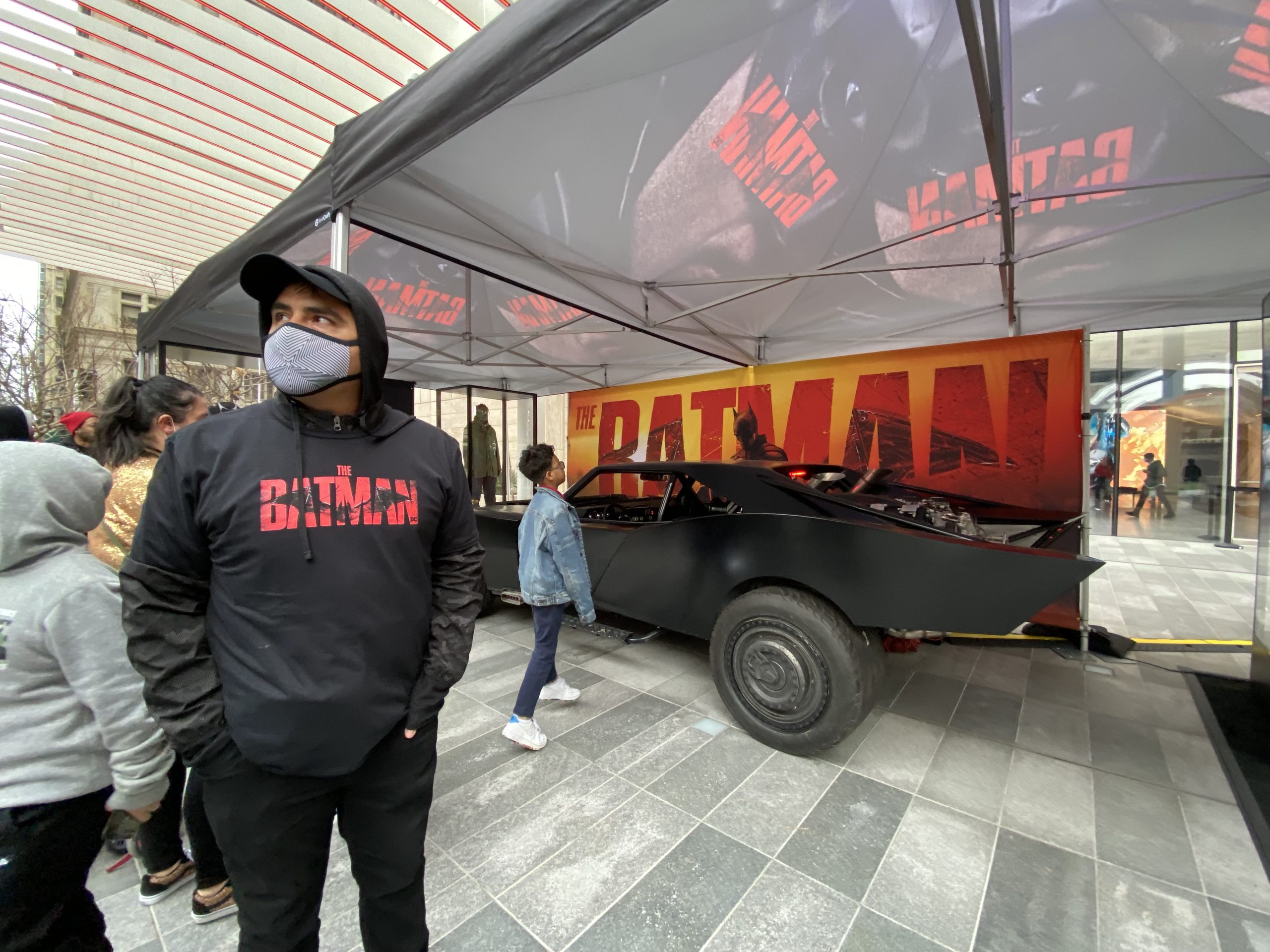 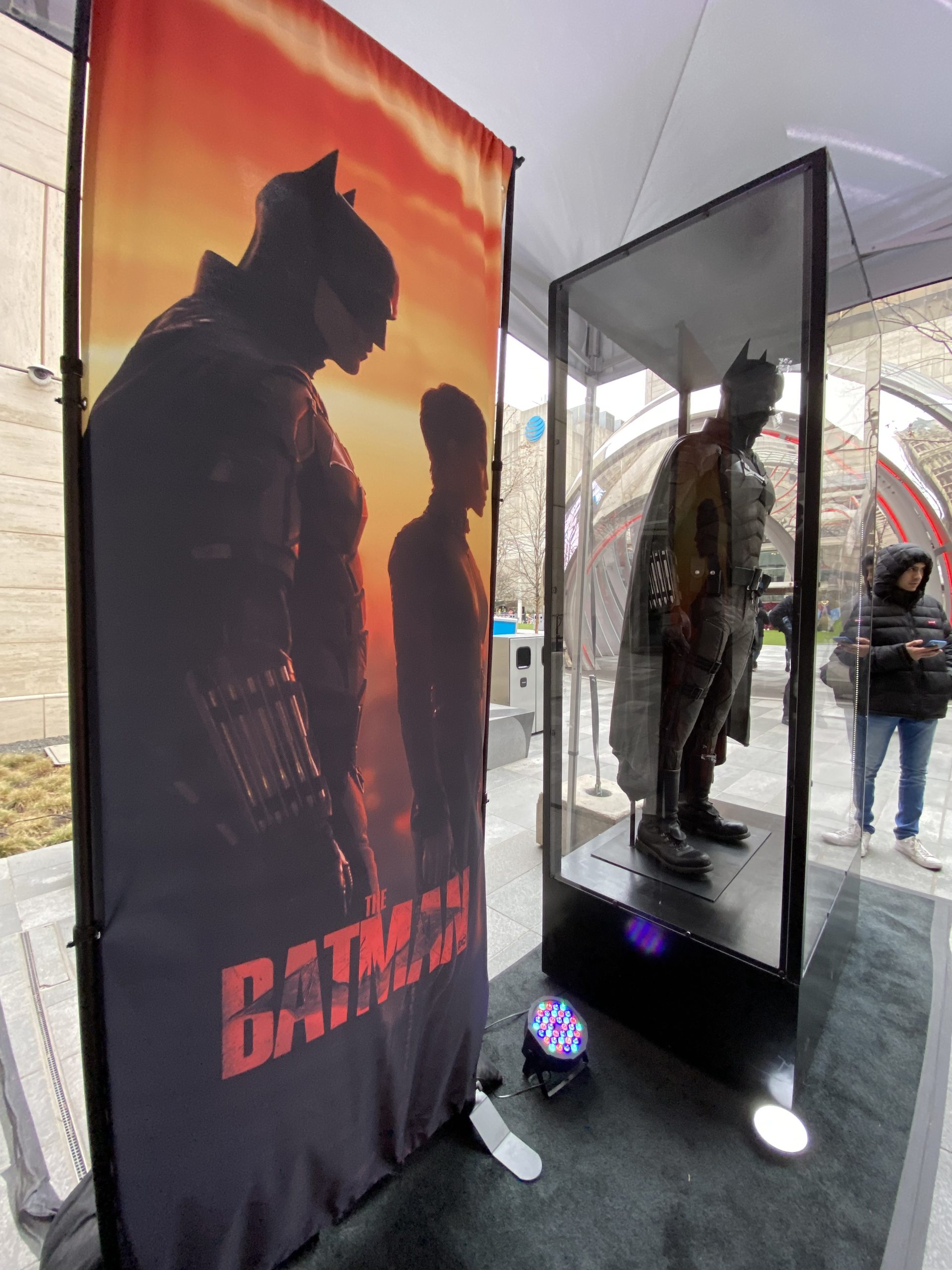 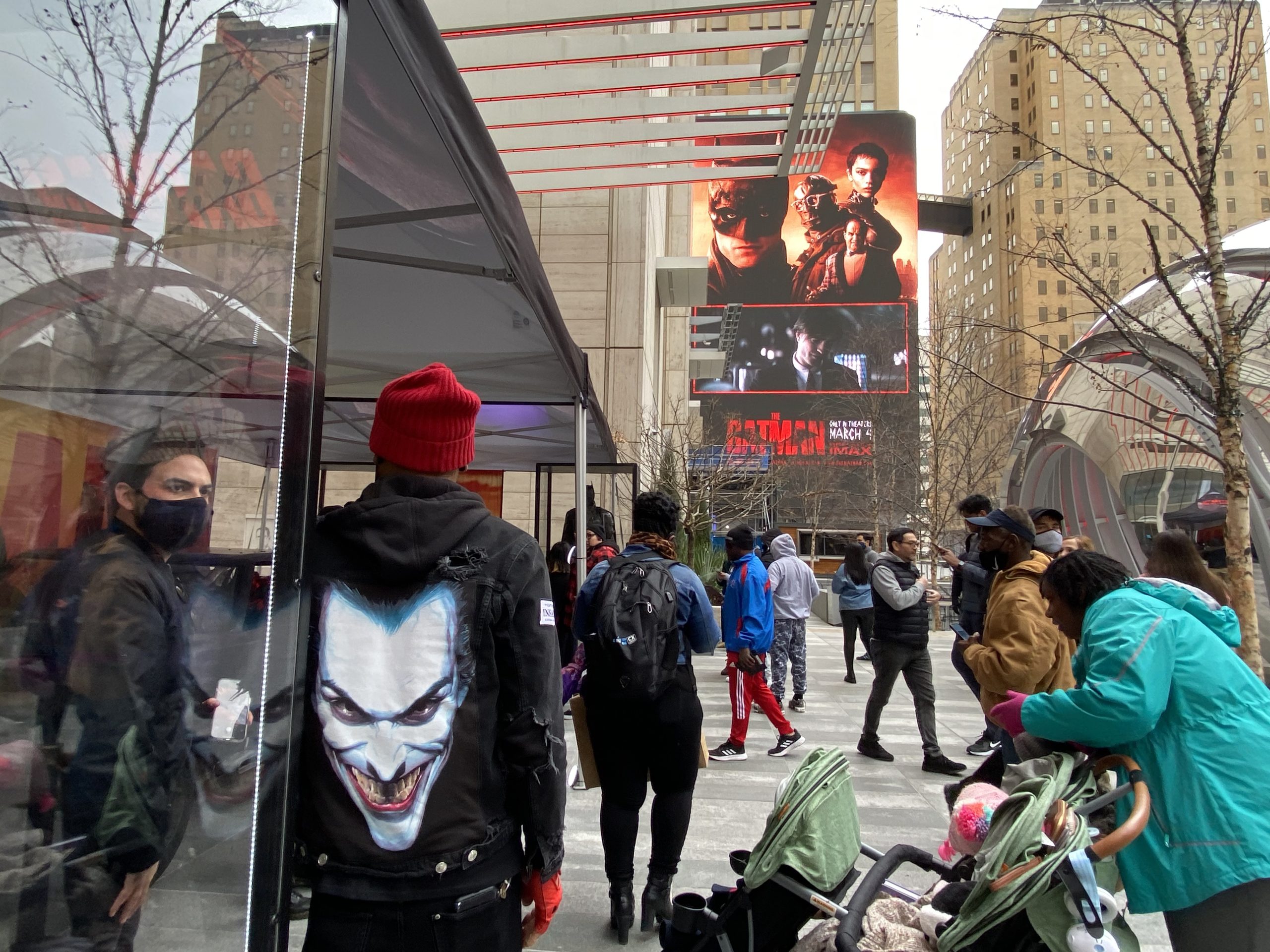 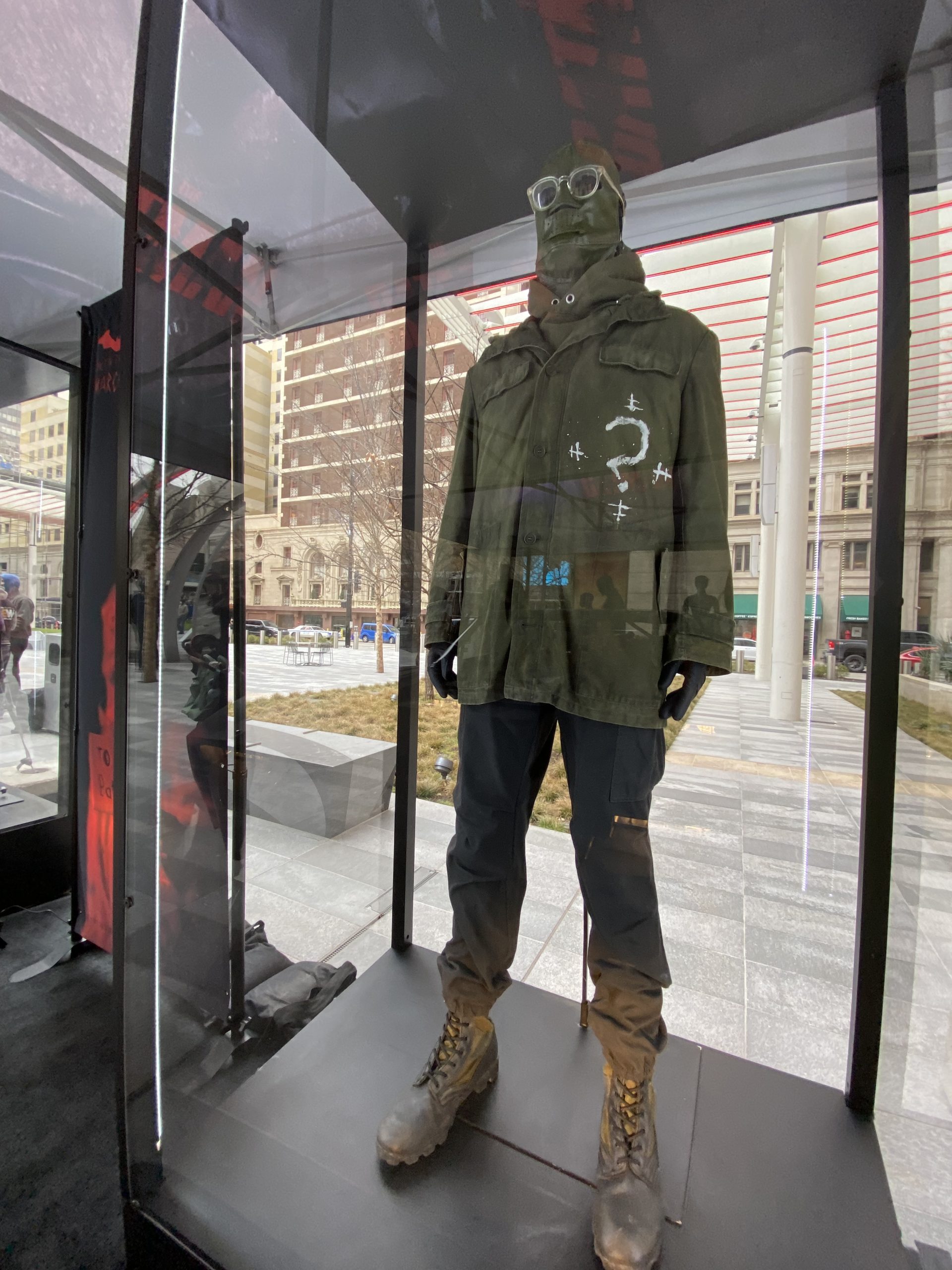 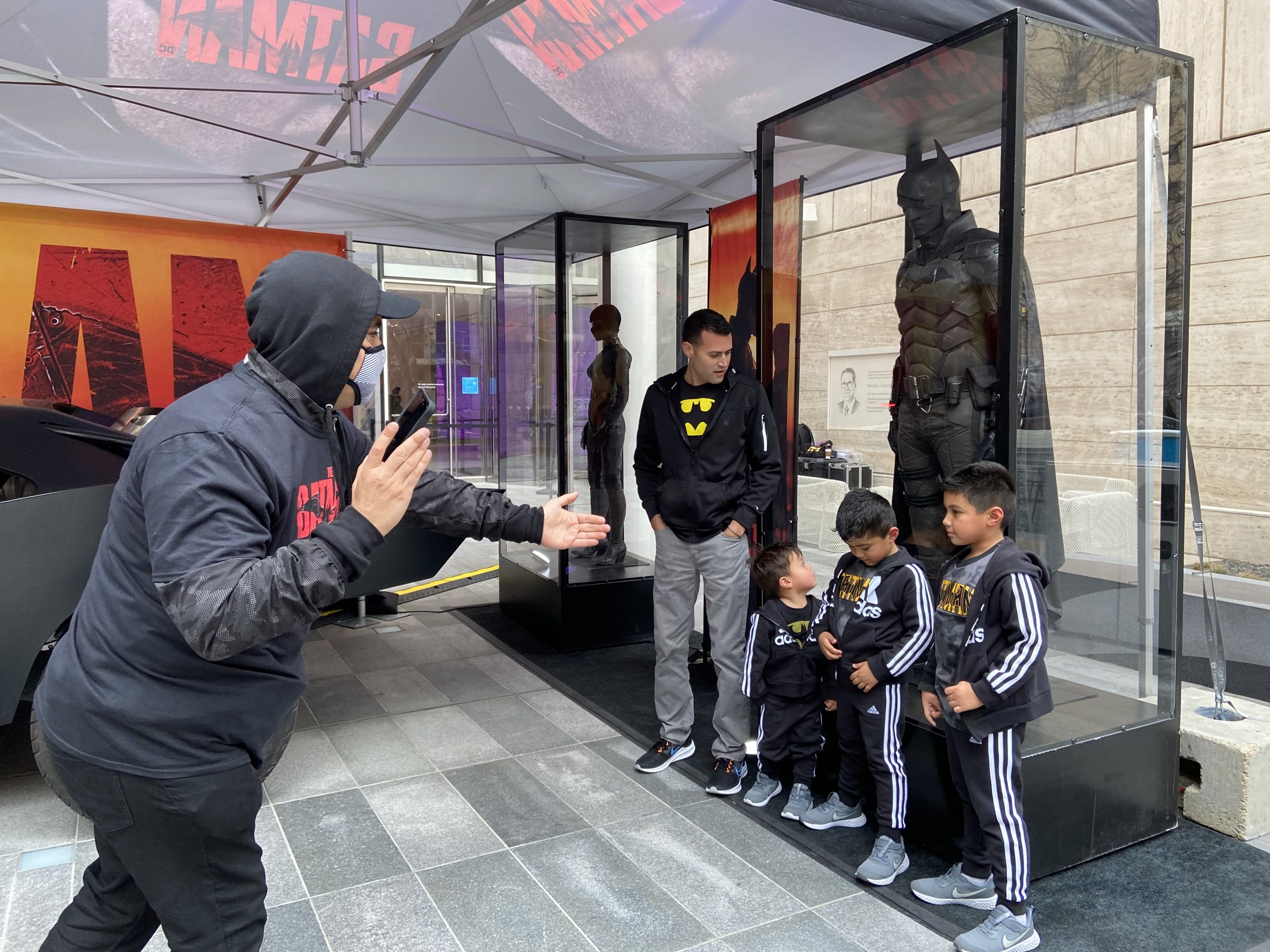 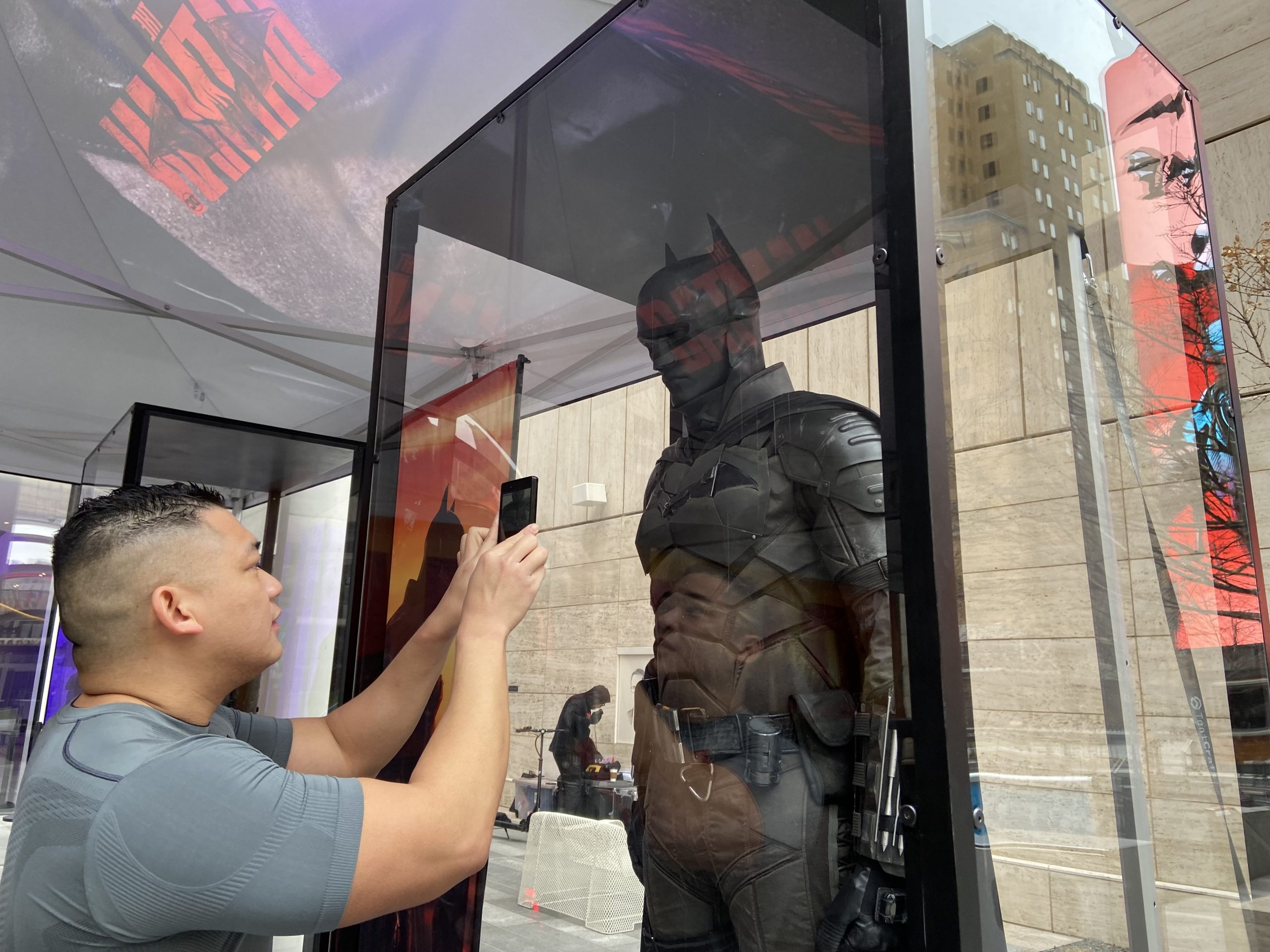 Fans Gathered At AT&T Discovery District For A One-Day The Batman Pop-Up That Showcased The Batmobile And Original Costumes From The Upcoming Film.

After it was delayed twice last year due to the ongoing pandemic, one of the most anticipated superhero films is finally set to release in theaters on March 4.

In honor of The Batman‘s release, AT&T Discovery District hosted a one-day pop-up event that showcased the latest version of the muscle car-designed Batmobile and original costumes from Matt Reeves’s superhero reboot film.

The AT&T Discovery District kind of went off with this one.

Its media wall showcased a collection of animated comic art depicting Batman throughout the years and transformed its lobby into a Batman immersive collection.

Fans who got to the pop-up early got a chance to snatch promotional t-shirts, hats and a Batmobile 3D puzzle.

The latest film is a reboot of the franchise that is more dark and edgy than previous Batman films in which The Riddler, a sadistic serial killer, begins murdering key political figures in Gotham, Batman is forced to investigate the city’s hidden corruption and question his family’s involvement.

The reboot may have been necessary due to the failed Justice League franchise where Zack Snyder’s original film memorabilia and original storyboards were showcased at AT&T Discovery District.