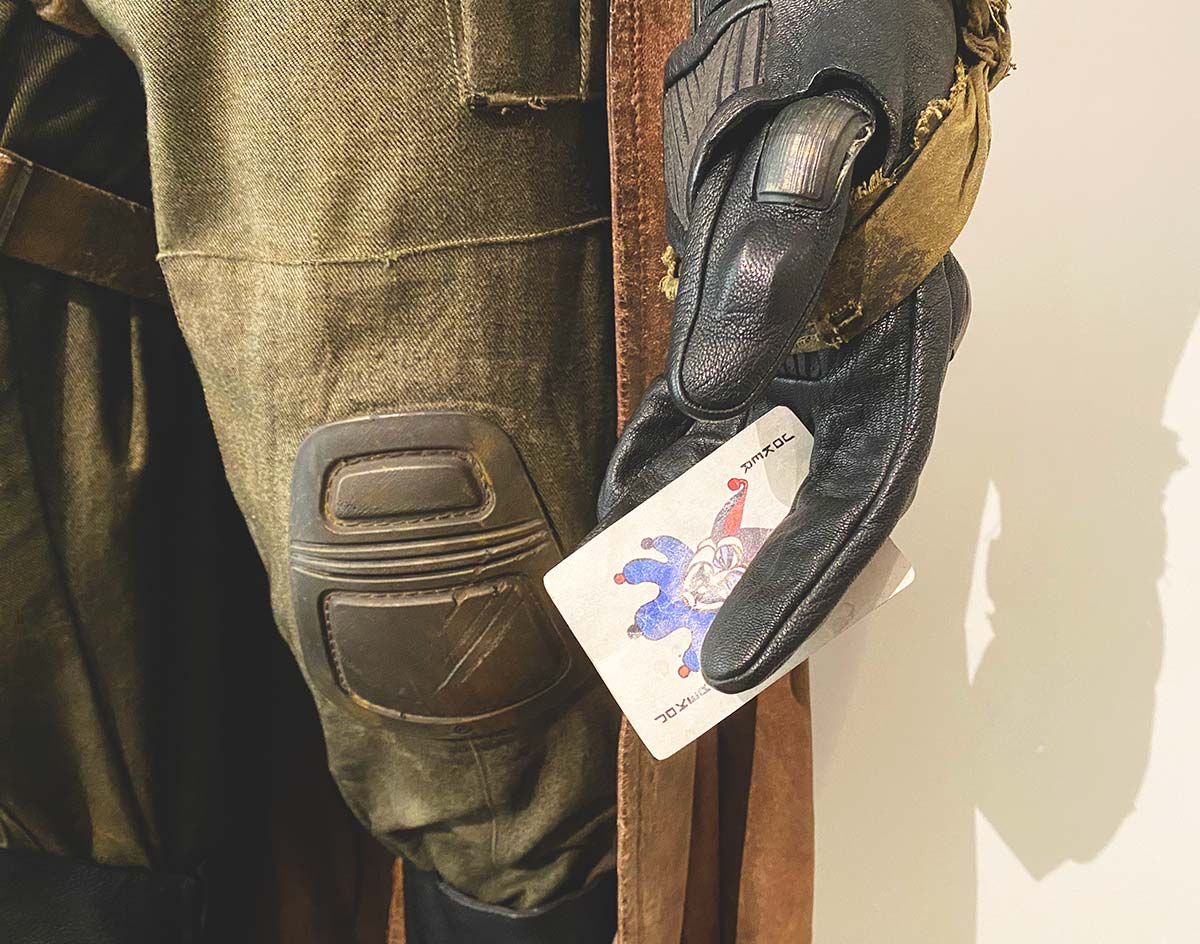 After years of online petitions and the eruption of the hashtag #ReleaseTheSnyderCut, the most-anticipated version of Justice League, a film whose initial go ultimately flopped its 2017 theatrical release, is finally premiering on HBO Max on March 18.

In honor of the four-hour new film, Downtown Dallas’ $100 million AT&T Discovery District complex is hosting for its latest exhibit an inside glimpse at the director Zack Snyder’s notorious vision that die-hard DC Extended Universe fans believe they deserved.

Dallas is the only city in the country housing the #SnyderCut exhibit, which features film memorabilia and original storyboards from Snyder’s Justice League trilogy.

In 2017, Snyder cut ties with the DC franchise post-production after a family tragedy. His efforts were then picked up by Marvel Cinematic Universe director Joss Whedon, who rewrote the film based on studio Warner Bros.’ preferences.

“This film happening is surreal,” says Walter Johnson, a longtime fan we met who flew from New York just to attend the exhibit on March 13. “This is something that we’ve wanted for so long and it just means the world… For a lot of us, this seems like a dream.”

The display was set to open March 5 but suffered a slight delay after Warner Bros. contacted the exhibit and asked for it to be shut down. Speculation over whether the exhibit was shut down due to potential spoilers have since been debunked by Johanna Fuentes, head of communications at Warner Bros., who tweeted the exhibit just wasn’t done setting up.

The #SnyderCut exhibit — or “The Dreamscapes of Zack Snyder’s Justice League,” as it’s called — officially opened on March 6 and will remain open daily from 12 p.m. to 8 p.m. for the next few months, free of charge for all visitors to peruse.

The tiny exhibit only allows 20 people to view it at a time — but is it worth the wait for what it contains? Here are three things we saw that will help you decide. 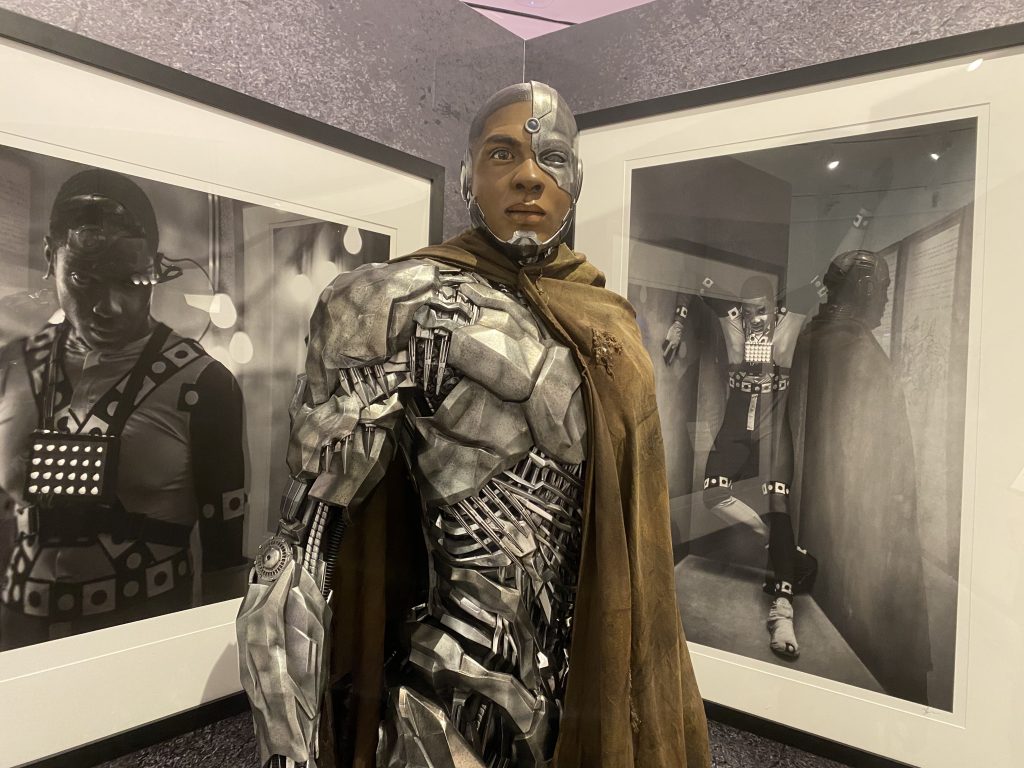 Snyder’s original Justice League Part 2 and Part 3 whiteboards used in an internal pitch meeting in 2015 are lined up horizontally in the middle of the exhibit. Visitors are prohibited from taking photos of the storyboards because they do indeed contains spoilers of what the Justice League story was originally supposed to be until it got rewritten into what became the theatrical version. Freelance photographer Jason Laboy, who flew to Dallas from New York to see the exhibit, might not have been able to snap pics, but he was still pumped to see the storyboards. Said Laboy: “I was excited for Justice League, but then the theatrical cut came out and I walked out the theater for the fan screening. I cursed out the WB representatives, and I was like, ‘This is not the movie!’ I made it a mission to find out if there was an actual [Snyder] cut.” 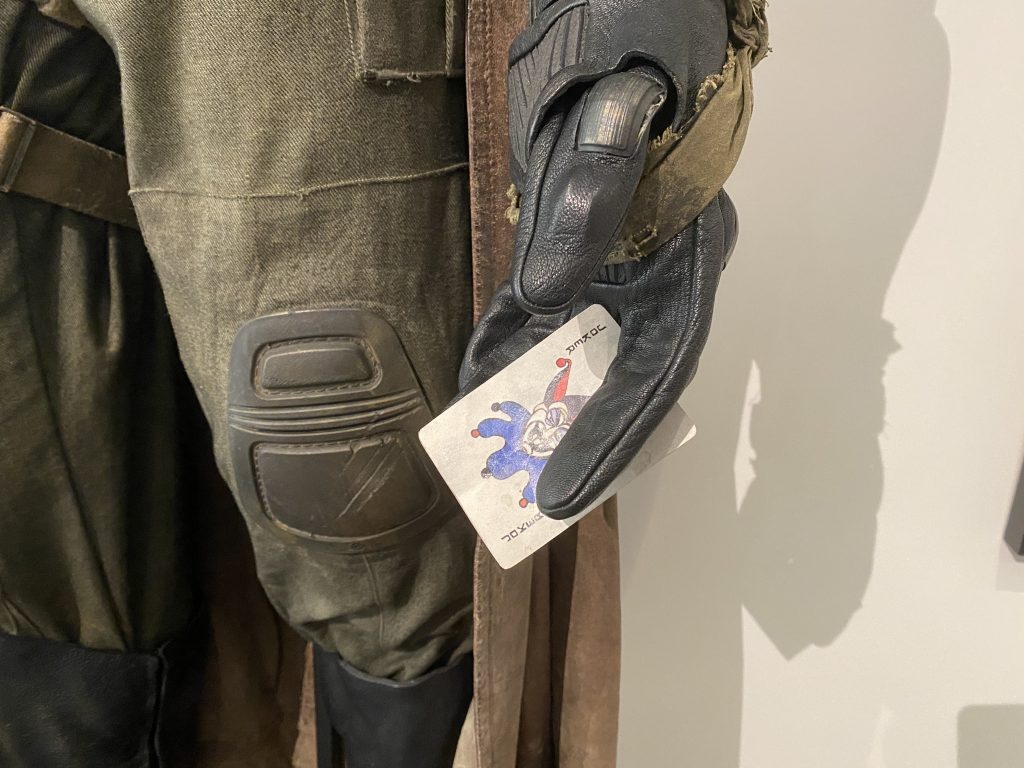 Not only does the exhibit allow fans to have a close-up look at the actual costumes worn by the notable Justice League cast members, but its details help fans connect props to previous DC films. Jared Leto’s bloody Joker attire includes the super villian’s gun and his accomplice Harley Quinn’s Royal purple and gold gun that appeared in 2016’s Suicide Squad. Along with The Joker’s get-up, fans can also check out costumes including Ben Affleck’s Knightmare Batman version, Ezra Miller’s The Flash, Henry Cavill’s Superman and Ray Fisher’s Cyborg. Interestingly, instead of including a mannequin for Wonder Woman, who was the focus of the Discovery District’s previous showcase, Warner Bros. chose to display a costume from Aquaman’s Mera, who was portrayed by the controversial actress Amber Heard. (We thought HBO Max already canceled her?) 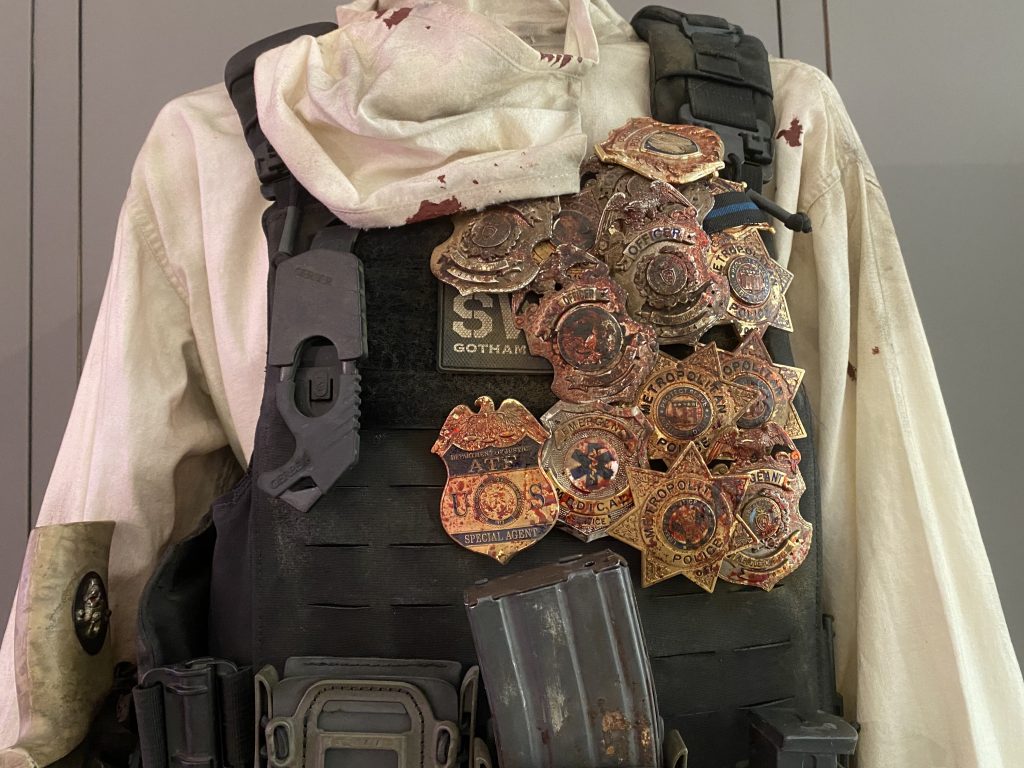 Some exclusive black-and-white photos of Justice League cast members taken in Simi Valley, California, and a few stills from the film have been placed on the walls. That’s it. 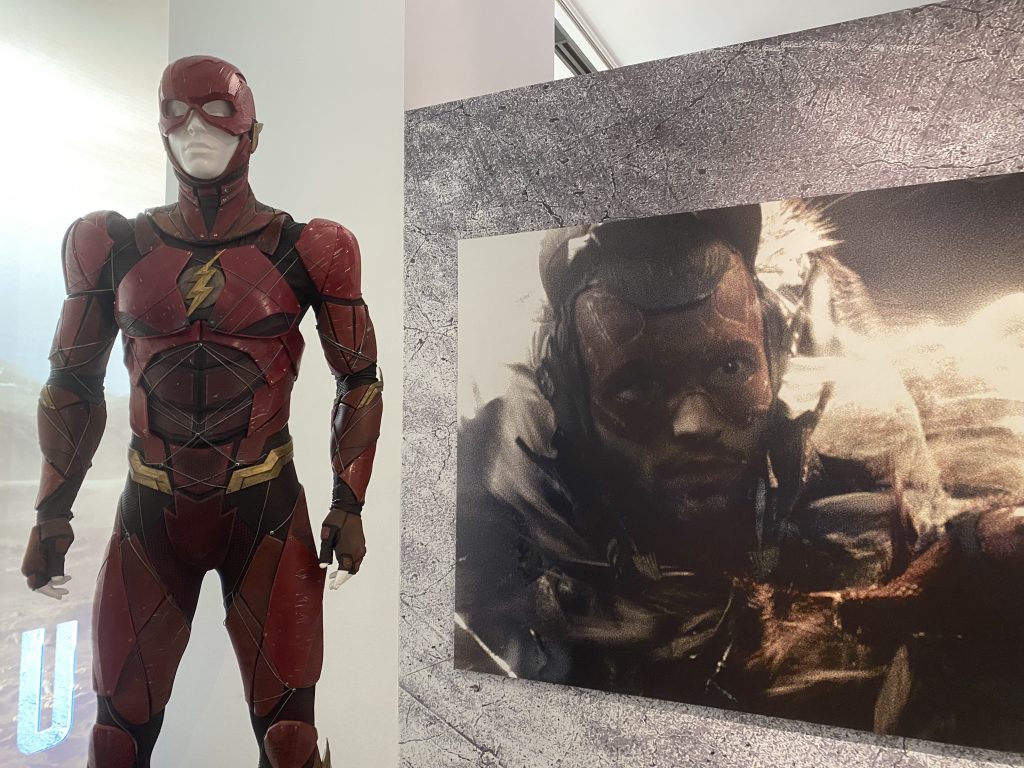 For die-hard DC Extended Universe fans like those who traveled in from out of town to come see it this weekend, the #SnyderCut exhibit is an absolutely joyride.

For others, it’s a free thing happening here in town that offers you an opportunity to see what all the fuss is about. Good, clean fun.