Amy Zapien And The Art Of Healing Through Writing. 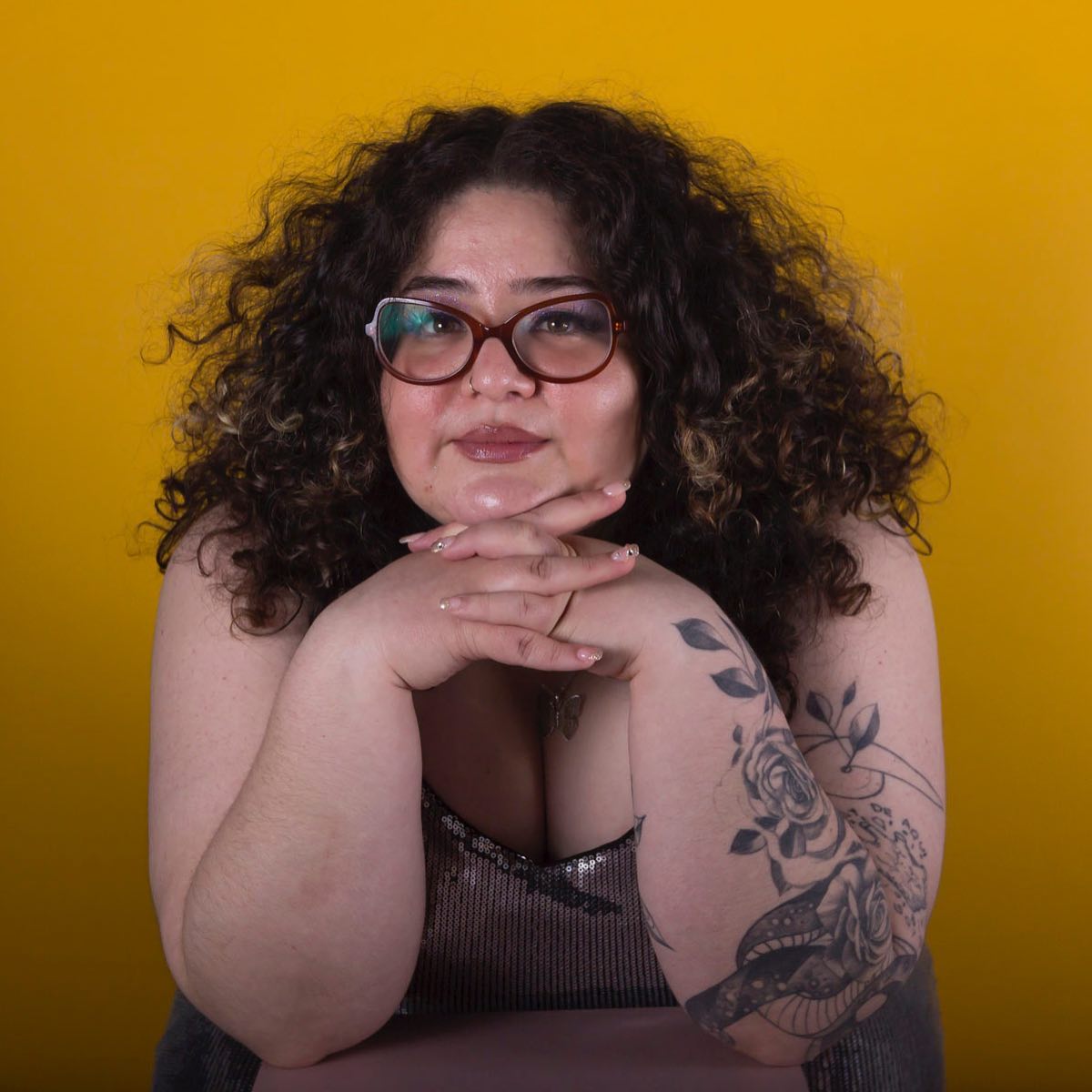 Originally A Poem, The Latinx Filmmaker’s Short Film ‘La Conjunta’ Reflects On Queer Identity And The Process Of Starting Over.

Amy Zapien was able to show the world her vision on her terms.

Packed with family and friends in attendance, Zapien, a filmmaker and writer from Pleasant Grove, premiered her new short film La Conjunta at Texas Theatre April 23. The film’s premiere was a long time coming — a process that took months to independently plan, fund, brainstorm and ultimately realize on the big screen.

A longtime resident of the Dallas literary art scene, Zapien has enjoyed the thrill of open mics, having been a part of the Tejana Cósmica poetry group. Her themes of healing and letting go are front and center in La Conjunta, which is based on a poem she wrote during a therapy session. It tells the story of a “moody brown girl” named Yaya (Mayra Martinez) as she receives supernatural messages that lead her to reflect on her childhood trauma and the shaming of her queer sexuality.

It was more than just a mere movie screening, but a celebration. Austin-based trio Hey Cowboy! kicked things off, playing a 30-minute set that included hits such as “Cherry Cherry Citrus,” “Not 4 U” and “Freckles.” DJ Eternos closed things out after the first screening, with the film continuously playing in the theater throughout the night.

Once the film concluded its initial showtime, members of the cast and crew, including stars Martinez, Anam E, and Christopher Kolleade, went on stage and reflected on their time working on it. Though all their journeys and experiences were different, they all had one common throughline: Zapien herself.

Those feelings of healing and letting go went beyond the film. The version that filled the big screen Friday night was an older, “in-progress” cut. Instead of panicking, Zapien embraced the situation for what it was, appreciating that her story is one that is always forming and changing. Letting the audience in on that experience was a perfect cherry on top.

We spoke to Zapien about La Conjunta and her plans from here on out.

La Conjunta is a very abstract film and story. What’s the story or message you wanted to tell with the film?

The poem started as an attempt for me to write about healing. My therapist asked me, “What would it look like to see you healing? What does that person look like? How would you write it?”

Healing is a really personal experience. It’s something you can only really name for yourself. I also wanted to challenge myself. I’ve been in the literary art scene. I was inspired by the Dallas arts community itself. I was thinking about what a good way would be to share my work.

Then I started talking Christopher Sonny Martinez, the director. He brought a whole different perspective; created this idea into a tangible script that you can hold in your hands and asked really great questions. From there, I spent three months going back and forth between friends talking about this project, getting their feedback and taking notes, envisioning how I can make these very personal feelings about healing into a story where other people could see themselves.

That was the challenging part about writing the script and why it took me so long.

There was a part of me that wanted to have a mystery, to have its own life and be something that could live on its own. That was super exciting because I had only ever written from a personal place with my poetry. This was my first time to tell a story from several different characters’ perspective who all have different dreams, needs and conflicts. It felt really magical.

What is it like collaborating with other artists for such a personal story?

It’s really interesting to work with other artists. There’s a part of me that had to learn how to let go, but also learned to say “no, that’s not something I’m willing to change about my vision, or “I wrote it this way, because I want to see it this way.”

It created a lot of opportunities for us to break out of our comfort zones as artists. This was the first time having someone else do the color or edit or do something that I’d be doing. We made this together and you can see different pieces of us in it. that’s what makes it special.

I also really liked that it’s not perfect. This was an in-progress version that played. That version wasn’t planned to play. It just kind of happened that way. We’re all still learning as we’re going.

I want to see more of these events in the Dallas scene. We’re at a really great time in Dallas, where we can make this our own.

What do you hope this film does for the audience and do you think that’s going to be different for what it’s done for you?

I’ve had people tell me that this is going to inspire other people to finally do that project that they’ve been wanting to do. I’ve had people come forward with their ideas, asking if they can do it, and I’m like, “Hell yeah, you can!”

I’m going to keep writing. I’d love to do some residencies and work with other people. I want to give back and support other people in their projects and go to other artist’s events.

Where does the story of La Conjunta go from here?

I’m hoping for some festivals, that we can get this seen in different parts of Texas. I’m going to submit this to the HBO Latino Short Film Festival. I’m envisioning what La Conjunta could be in different parts of the country and how other people will respond to it. I’m always just blown away by what touches people, what stays with them, whether it’s a line, a moment between characters or the colors of a scene.