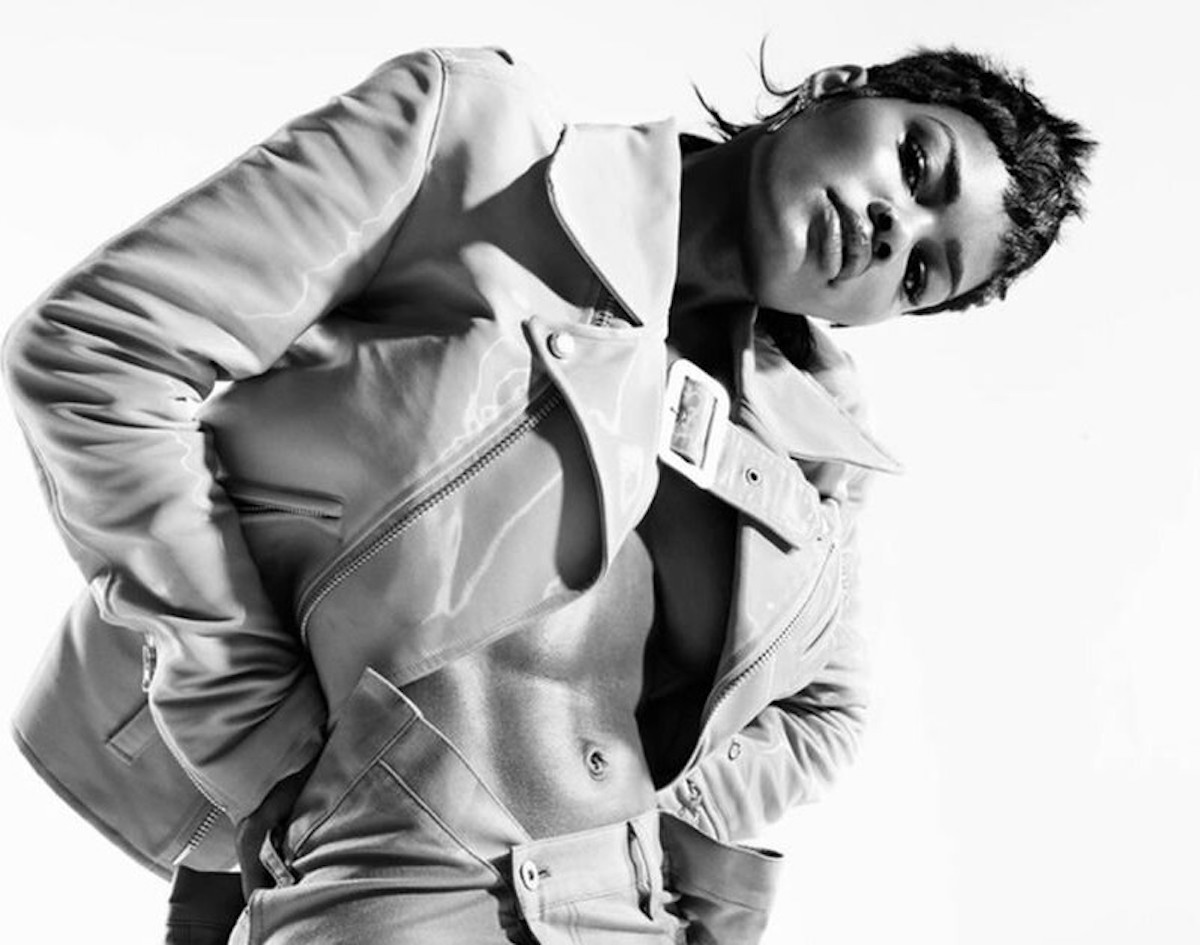 This Week In Dallas, You Can Go Backwards With Tame Impala, Go Out Fighting With Dr. Dog And Try To Fight This Feeling With REO Speedwagon.

We think it’s safe to assume the highlights of our weekly Thing To Do are the concerts. Music and nightlife are the lifeblood of Dallas.

Yeah, okay that can be said about literally any major city but Dallas is special, dammit.

The main three requirements of a good concert are:

It was truly upsetting and jarring to learn about the nightmarish tragedy at Astro World, the Houston music festival put on by rapper Travis Scott, where a crowd stampede left at least eight concert-goers dead, and more than 300 injured.

During Scott’s set, with a surprise appearance from Drake, the crowd of approximately 50,000 people surged forward to the stage, causing panic as individuals were caught under the large mass. The show stopped as it was apparent audience members got hurt, and the following day of the event was canceled.

Scott released a statement on Twitter the following day, saying he was devastated by the incident and that he fully supports Houston PD’s investigation. Naturally, there’s a lot of discourse online, mainly from those who are grieving or angry at the artists/venue, among other emotions.

From where we stand, all we can really say right now is that we must take care of each other and that hopefully, large-occupancy venues have realized how important it is to keep the community safe.

This is very heavy news and not something that is typically in line with this weekly column, but we wanted to send our hearts out to those involved and the city of Houston, even if it’s in this weird digital space.

Neck Deep at the Factory
Formed in 2012 in Wales, this pop-punk band has given all the angst and heartbreak any 2000’s kid could want. With the lack of opportunity for live shows these past couple of years, the group released its EP, Live From Lockdown, a performance of a five-song lineup from their 2020 album, All Distortions Are Intentional.

REO Speedwagon at Texas Trust CU Theatre
Regarded as one of the defining bands of arena rock, these 80s icons will be at the theatre instead of an arena. Excluding a live album and Christmas album, the group hasn’t released new music since 2007’s Find Your Own Way Home. But with a fat discography of hits, why force it?

Tame Impala at American Airlines Center
The wildly-popular Australian act is finally in town after two postponed dates. If you somehow missed the meme going around, we’re here to tell you that Tame Impala is just one guy. There. Now everybody knows — although, sometimes the less you know…

Tim Goynes Album Release at Deep Ellum Company
With a sound reminding us of Foo Fighters, Goynes’ music is gruff, powerful and quick. This is Incandescent, his debut album. Join him in Deep Ellum for his release party where you’ll hear some old tunes to lead you into the full album tracklist, start to finish.

Dr. Dog Farewell Tour at South Side Music Hall
No Dr. Dog song is as appropriate for right now as “Where’d All The Time Go?” This is the last tour the Philadelphia indie band will ever have after 16 years of bringing their magic to cities across the continents. But hang on, this doesn’t mean they’re breaking up. The band assured fans via social media that this isn’t a split, but just a departure from touring. We’re not sure what exactly this entails for the future, and neither do they, but we’re hoping for new music in the near future.

Stacey Abrams at Texas Trust CU Theatre
The former member of the Georgia House of Representatives, voting rights activist, author and businesswoman will be sharing her wisdom with DFW. She will discuss worldwide events, create dialogue surrounding change and answer questions from the audience and community.

Gaelic Storm at Granada Theater
Expand your music horizon with this Celtic band hailing from California. Formed in 1996, they perform traditional Irish and Scottish music and original Celtic rock. Fun fact: the group was featured in Titanic, performing the iconic third-class dance scene.

Vic Victory at The Wild Detectives
The free Inner Moonlight show is back in person at the Wild Detectives. Every second Wednesday of the month, the venue features a poet to perform their pieces with an open mic to follow. This month is Victory, a multi-medium artist with social anxiety who performs live with a somewhat masochistic urge to draw attention, as she puts it.

In The Mix: Roadrunners at Jaxon
In efforts to support music and food industries in the midst of the pandemic, New York media company The Wild Honey and Desert Door, a Texas distillery, have partnered to bring you this road trip across Texas. It’ll hit restaurants across the state and feature Texan musicians. The stop in Dallas will have performances by Austin acts Sir Woman and Cowboy Diplomacy.

Teyana Taylor at The Factory
She’s a singer, songwriter, actress, dancer, choreographer, director and model — which makes her a septuple threat. At just 15 years old, she choreographed Beyoncé’s “Ring The Alarm” video,  launching her into stardom. Last year, the R&B singer announced she would retire from music, which is why this will be her farewell tour. Dubbed The Last Petal Tour, she’s taking her graceful exit after three albums due to not being happy with her label and wanting to focus on future projects, all for the sake of her mental health.

Billy Law at Dan’s Silverleaf
You may recognize this country-twinged acoustic artist from his involvement in Ottomon Turks playing bass alongside Joshua Ray Walker — who by the way, will also be in attendance. Outside of his group efforts, Law has proven himself to be a strong solo artist with his deeply human songwriting and breezy, soulful composition.

Fleetmac Wood at It’ll Do Club
This is not a cover band but more of a tribute that transforms Fleetwood Mac hits into a whole new thing. This DJ duo creates disco, house and techno remixes of the classic rock band, resulting in a rave that satisfies two different tastes on the music spectrum. It’s sure to make you wave your arms like Stevie Nicks.

Tokyo Police Club at Trees
This Toronto indie band is a month into its tour that’s celebrating the 10th birthday of its beloved sophomore album, Champ. In addition to the tour, the group has released a vinyl of the album as well as an expanded digital edition. Frontman Dave Monks dropped his latest solo album, I’ve Always Wanted To Be Me, just last week and guitarist/keyboardist has his own, The Cost Of Doing Business, available as well.

Kurt Metzger at Hyena’s Comedy Nightclub
With working on projects such as Inside Amy Schumer, Horace & Pete, Chapelle’s Show and Who Is America?, this writer/actor/stand-up comic is no stranger to the comedy world. He’s a winner of an Emmy and Peabody Award for his writing, so here’s your chance to see the wit come to life on stage.

I Fight Dragons at Three Links
Combining pop-rock with chiptune, these guys are geeks — which is okay because geeks will inherit the Earth. The electronic sounds sprinkled throughout their songs are made with Game Boys and other Nintendo Entertainment Systems.  Formed in 2008 in Chicago, the group has released three full-length albums and two EPs.

Penny & The Flamethrowers at Sundown at Granada
This rockabilly-inspired band will take you back to the world of fast cars, leather jackets and slicked-back hair. Pinup model and burlesque dancer turned singer Penny Ruffles heads the group as they serve vintage sound with a modern twist. Expect classic rockabilly tunes and modern country, pop and rock covers.

Shortly at Club Dada
Alexandria Maniak — aka Shortly — is on tour in support of their debut album Dancer, which was released this past September. The songs were developed from experiences of codependence, gender dysphoria and the tenderness of belonging. This Dallas show will also feature Chloe Moriondo, whose band Maniak plays guitar and bass for.

2021 Texas Country Music Awards at Billy Bob’s Texas
Celebrate the best of Texas country and Christian country at the Fort Worth Stockyards. There’s a preshow at 4 p.m with the main event at 6 p.m. Headlining is Aaron Watson with additional performances by the Darrin Morris Band, Sundance Head, Curtis Grimes, Brandon Rhyder and others.

Rainbow Vomit Variety Show at Rainbow Vomit
Put on by Dallas entertainment agency RadiantSolz, this party will feature talent from Daisy’s One World and a variety of DJs. It’s choosing your own adventure with your experience being determined by which ticket you purchase. Will you choose the black and white ticket or the rainbow one? More info is available at the ticket link.