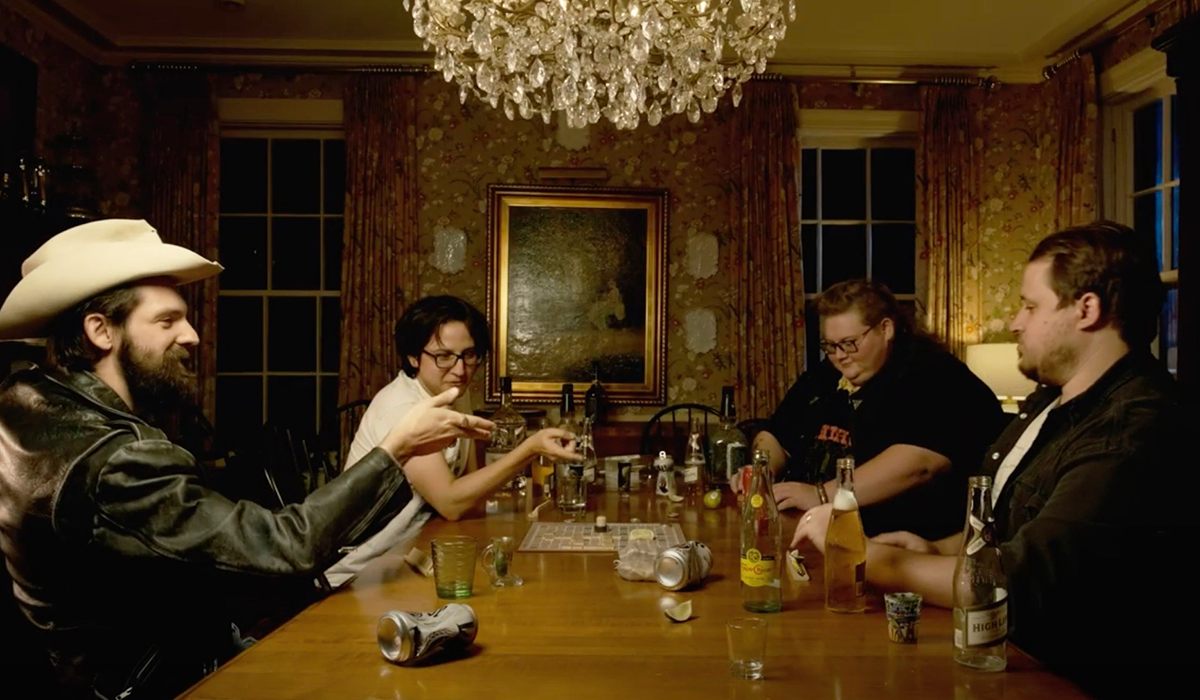 The Rowdy, Genre-Bending Band Returns With A Raucous New Single And Its Slasher-Inspired Video As A Tease To Their Upcoming Sophomore Album.

Ottoman Turks – “35 to Life”
RIYL: John F. Kennedy.
What Else You Should Know: Ottoman Turks put on my favorite set at our Central Track Music Honors back in February (remember live music?), and we’ve been anticipating the follow up to their 2019 self-titled debut album ever since. As it turns out, they actually debuted their new banger live at the CTMH, and now we’re finally getting the recorded taste of it.

Comprised of frontman Nathan Mongol Wells, bassist Billy Law, guitarist Joshua Ray Walker and drummer Paul Hinojo, the band’s sound is nearly impossible to lock down. They test the outermost limits of genres they find themselves splashing into, be it alternative, country or garage rock. The John Pedigo-produced “35 to Life” is a prime example of this — it tips the scale to their heavier rock inclinations more so than the bulk of their catalogue. Still, Wells’ almost sinister, grainy southern cadence creates an intriguing counter to the song’s crashing drums and ripe riffs.

“Stylistically, this is probably the heaviest song we play,” Law says. “I think starting [the new music] with this song keeps us from being pigeon-holed as a country band.”

It’s that hyper-awareness for an evolving sound that makes Ottoman Turks so exciting to listen to.

“I wanted to really push our sound heavier,” Wells says. “ It’s something we play with on a lot of our songs but had never truly thrown ourselves into.”

Wells wrote the lyrics for “35 to Life” from the perspective of an undead JFK returning to the city that led to his demise, complete with mentions of the infamous Lincoln Continental, Jackie O and Marilyn Monroe.

“I had been wanting to write something that pays tribute to Dallas for a long time,” Wells says. “At some point the idea occurred to have JFK rise from the dead to take over the city that caused his end. The two ideas came together perfectly.”

The four-piece is also very visually-minded, made evident by the song’s video. For his directorial debut, Jace Kartye was inspired by classic ‘80s horror films, as the video follows a serial killer masked as JFK — because what’s more Dallas AF than that — skulking each of the guys throughout a house that looks straight out of Munger Place. Of course, this East Dallas thriller wouldn’t be complete without a jarring twist ending.

The chemistry from their longtime friendship translates well to the screen, too — these guys don’t rest behind a facade of taking themselves too seriously. They’re quite charming, actually.

“We have fun being together and goofing off together,” Hinojo says. “I think the video gives a visual representation of how we naturally are together.”

Adds Walker: “For the opening shot, that was truly one of the only times we’ve been able to hang out and have a few drinks together [due to the pandemic]. So I think you’re seeing our genuine reaction to being reunited.”

It also doesn’t hurt that, as the band would echo: This song just “fucks.”